The Resurrection of Urijah Faber 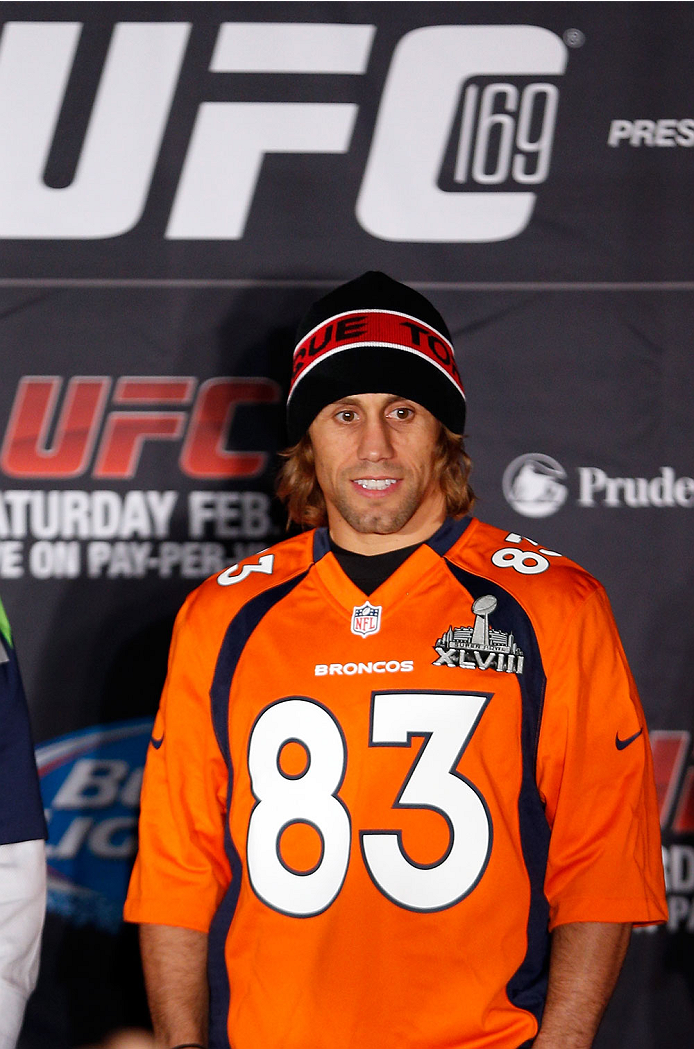 Urijah Faber is a nice guy. How nice? Well, after getting plenty of abuse from fans and media for the two WEC featherweight and two UFC bantamweight title shots he received in the time after losing his WEC 145-pound crown in 2008, he could have said “I told you so” after his fifth shot at regaining championship gold against Renan Barao at UFC 169 this Saturday was greeted with praise, not criticism. But he didn’t. He does believe someone is owed an apology though, and it’s not him.

“Out of everybody, I think (UFC matchmakers) Joe Silva, Sean Shelby, (UFC President) Dana White, and (UFC Chairman and CEO) Lorenzo Fertitta need an apology from all the media,” said Faber with a smile. “They think they don’t know their MMA. There’s a reason why these guys have been in this sport this long and are having so much success. They know talent, they know this sport, and they’ve put me in title shots because they’re wise men, not because I’m a decent looking guy for a fighter.”

Faber laughs, always one of the fighters who is not only comfortable in the spotlight, but who embraces it. But despite his marketability and popularity, this title fight was no gift, no attempt to sell tickets after Dominick Cruz was forced out of this weekend’s main event due to injury. Faber put himself in line the old fashioned way, by winning, winning, winning, and winning some more.

Four times Faber stepped up to the plate in 2013, submitting Ivan Menjivar, Scott Jorgensen, and Michael McDonald, and decisioning Iuri Alcantara. Standouts all, and “The California Kid” left no doubt in any of the bouts. It was the only way for him to come back from his last defeat in his first bout against Barao at UFC 149 in 2012, and this time there would be no snide comments about him being the clear number one contender for the 135-pound crown.

Was it his best year ever?

But what’s the secret to Faber’s resurgence? At 34 years old and with 36 fights under his belt, the Sacramento native should be on the downside of his career, not one win away from a world championship. It’s no mystery to him though.

“(Author) Napoleon Hill said there are two top ingredients for success,” said Faber. “One is having a really positive attitude, and the other one is knowing exactly what I want and what I’m trying to do. There’s all sorts of bumps in the road and being able to push past adversity is something that makes a lot of the great people in this world, and I’m taking lessons from people that I look up to, and you just don’t let things stop you.”

It’s a far cry from where Faber’s head was at before the first Barao fight. Originally scheduled to fight Cruz in their highly anticipated rubber match, Cruz’ first knee injury scrapped the bout and brought the Brazilian in to face Faber for the interim bantamweight belt. Faber admits that he wasn’t in the right state of mind for the switch or the fight.

“I was not motivated for that fight,” he said. “I felt like there were so many lost opportunities, and that was what was in my head. A lot of opportunities were taken away from me. Even though it was for the interim championship and was on Pay-Per-View, I was not excited about it. Going into that fight I knew I wasn’t excited and it was kind of a drag and I tried my best to stay positive no matter what, but it was obvious that it wasn’t an exciting time for me, and I really had to change my mentality after that so I didn’t dwell on the lost opportunities and just looked at how fortunate I am to have all the things that I have and the life that I’m living and the people around me, and made sure that I was having fun, and that’s what 2013 was all about.”

Four trips to the Octagon and four wins is the only way for a prizefighter to have fun, and when he walks into the Prudential Center Saturday night, he’ll be feeling a lot different than he did in Calgary in 2012.

“I’m very excited for this one,” he said. And even though it was his rival Cruz’ misfortune that gave him this opportunity, he’s not gloating; far from it.

“I was actually looking forward to seeing how Cruz was gonna bounce back and see how that fight (with Barao) went,” said Faber. “It does suck to get injured over and over again, and you can’t do anything but feel bad for the guy. But I still want that fight to happen and I believe that he’ll be back. If they took the strap away from him and he’s coming back, I just hope he doesn’t have to fight (Faber’s Team Alpha Male squadmates) TJ Dillashaw or Chris Holdsworth because both of those guys will beat him, in my opinion. I don’t know if they’ll put him right back in there, but I want that fight.”

First it’s Barao, and a chance to once again silence the critics. That would be the mindset of a cynic though, and Urijah Faber is not one of those. He’s just having fun again, and when he’s having fun, that’s bad news for those sharing the Octagon with him.