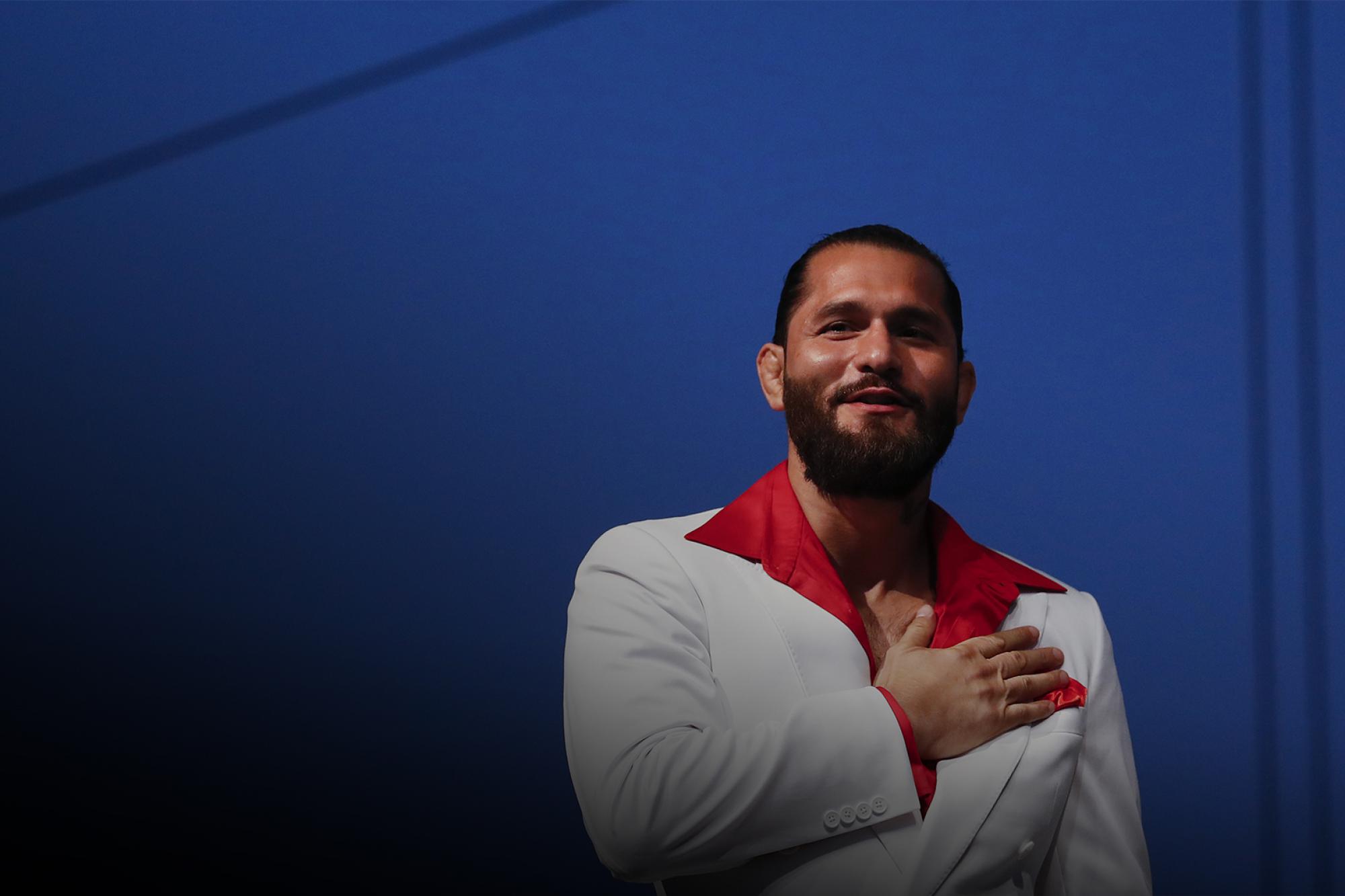 The Resurrection of Jorge Masvidal

“It was a restart button,” he explains. “I got to know myself on a conscious level and a subconscious level."
By Steve Latrell, on Twitter: @TheUFSteve • Nov. 1, 2019

“You want to see a dead body? It only takes five seconds.”

Jorge Masvidal is holding up an imaginary cellphone, describing his history-making finish of Ben Askren at UFC 239. In addition to shattering the promotional record for fastest knockout, it has propelled the veteran welterweight to even higher levels of athletic stardom.

“A lot of that has to do with the (quick) time of the knockout, because it’s so easy to share that or show somebody.”

That much is true. With such a short run time, the fight has already been viewed millions of times in its entirety on Twitter alone. And with those millions of views of an all-time highlight came an elevated schedule of morning shows, TV appearances and all-around public spotlight.

“I can’t get food, coffee anywhere—and I’m talking all over the world—without getting recognized. It’s crazy,” he says of the last few months. “And if I’m honest with you, I never wanted to be famous. I just wanted to get a lot of money, provide for my family, and peace out, you know? Have nobody know me. So it’s been a work in progress. I’m still not a hundred percent comfortable with the idea that I’m actually world-class famous. I’ve been to five or six different states and three countries in the last month, and it’s pandemonium everywhere. It’s not a bad thing. It’s a great thing. But maybe I just wasn’t ready for it.”

Ready or not, the pandemonium is here. After more than a decade and a half in the game, it appears Masvidal’s moment has arrived. Preceding his viral Askren knockout was another generational highlight: his vicious KO of Darren Till in March. Together, the two performances signaled a sort of renaissance for the Miami native, who had all but disappeared more than a year earlier.

Following two disappointing back-to-back losses, Masvidal embarked on a hiatus, and he attributes his time away in no small part to his current resurgence.

“It was a restart button,” he explains. “I got to know myself on a conscious level and a subconscious level. I got to be away from cell phones, from people, from music, from everything that we’re accustomed to. And in that time, I only heard one voice, which was mine. Maybe for some people that’s scary. I loved it. I was just getting to know myself, figuring out what really drives me, what I love about this sport so much, why I do this.”

“On the personal side, I cut out a lot of negative-ness. All across the board; corporate cuts. I made a lot of decisions. I had a lot of time to meditate, on everything from the music I might listen to that might affect me in a certain way before practice; small things like that, all the way through weight training, eating, everything….I thought about it in my head to get the best version of me, and that’s all I’m trying to do is bring that person out every time I compete.”

While he concedes that doing more media and public appearances isn’t a task that’s easier, it’s nonetheless a task the goes hand-in-hand with his reborn mindset.

“I had a lot of resentment towards the media because they just wouldn’t push me, you know? I wouldn’t get all these interviews and stuff. I’d give great performances--knockouts, the stuff that the fans wanted—and I didn’t feel that the media was helping me get to the next level. Plus, I’d rather just stay to myself, if I’m being honest. I’ve always been like that since I was a kid. When I stepped away I noticed I had to conquer two things: men’s souls and all these interviews. I want the biggest paychecks that have ever been handed out in this sport, so I’ve got to get in front of the camera and give a little bit of myself.”

It’s impossible to argue with results of Masvidal 2.0, whose profile and performance have mushroomed into must-see MMA. And those big checks he speaks of will start rolling in this Saturday when he meets Nate Diaz at UFC 244. The fact that he’s headlining a pay-per-view at Madison Square Garden without a title on the line isn’t lost on the Miami native.

“I definitely take a certain pride in that. So much pride that I don’t think about it. I don’t want to think where I’m fighting, what I’m doing, who is going to be there…because it’s a lot for any one person. All I do is keep reminding myself it’s a fight. It’s what I’ve been doing since I was a kid.

“After the fight, though, I will lay in my bed. I will look up at the stars. I will praise God for everything, and then I will acknowledge everything I got to do. No matter what the outcome is November 2nd, I will be the most thankful individual that I even got to headline it. But I don’t think about that too much right now. I can’t.”

Headlining accolades aside, MSG holds a deeper significance for Masvidal. It was the site of his last professional loss against Stephen Thompson at UFC 217. It was that loss that sent “Gamebred” into his self-imposed exile.

“Super duper full-circle,” he confirms. “That dude that fought that day…that guy is no longer with us. He’s resting in peace somewhere else. I buried that guy a long time ago. That other Gamebred doesn’t exist no more. It’s the resurrection of me.”

“Maybe I used to put pressure on myself, but I just keep reminding myself: ‘Am I not doing what I love to do? What I was made to do?’ I’m 100% sure when God was designing me, he had one thing in mind, and it was this. Because when I tell you I was made for this, not just physically - my cells are designed for this - but my soul needs this.”