Resilience, respect carry over for McGregor, Diaz after instant classic

Conor McGregor was cracking Nate Diaz, pinging his head over and over just as predicted. The Irishman even managed to knock down Diaz a handful of times.

Then in an instant the tide turned, just like the first time.

Panting and gasping for air on his stool in between the third and fourth round, McGregor had to re-write history. What followed may end up being the most important five minutes of his career.

The fourth round won the rematch for McGregor against Nate Diaz at UFC 202 – a majority decision in which one judge scored the fight a draw based on a dominant third round that scored 10-8 for Diaz.

On the contrary, McGregor learned his lesson. He had to dig deep. He recovered and accepted what had happened and patiently went back to work. 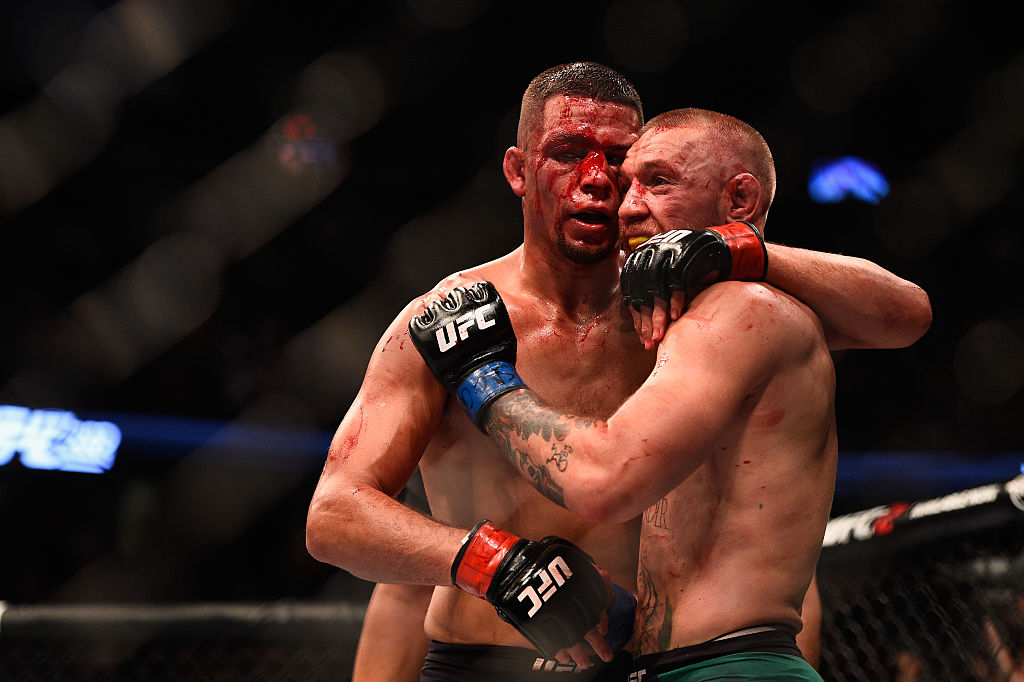 “I stayed calm, bounced the shots off my shoulders and stayed tight in the pocket,” McGregor said. “I caught shots and deflected shots and then hit him to the body a couple times and turned the momentum again in my favor.”

The final numbers showed that McGregor knocked Diaz down three times. But with each knockdown it was as if Diaz was a zombie coming back stronger and thirsty for more punishment.

“I feel like I have more skills, but boy is he one tough mother f*cker,” McGregor said. “He keeps on walking forward. He took every shot. I dropped him multiple times and he just keeps coming. His face was busted open and he still keeps coming forward. It was a hell of a fight and he’s a hell of a competitor.”

That respect is hard to avoid when two fighters share the Octagon and battle the way McGregor and Diaz did once again. Together they combined for 330 significant strikes in the five rounds, good for the second-most in UFC history.

In the fifth round Diaz was turning up the pressure and knew he had McGregor in some danger as they fought on the fence. After failing to finish a takedown, Diaz tripped McGregor and followed up by dragging him to the mat with just seconds remaining in the round. He unloaded some strikes before the fight was called, but a few more seconds could have proved fatal for McGregor after the marathon he’d just endured.

But once the fight ended, Diaz reached down and grabbed McGregor’s hand, pulled him up and they exchanged taps of respect for a fight well fought.

Respect prevails, McGregor said. Diaz said things are cool for a bit, too.

“A couple times in there I felt like he was done and I didn’t finish it off,” Diaz said. “You have to respect somebody who sticks in there and toughs it out for the fight. The fight’s over with. For now.”