"I do not fear. I have always wanted to be a great champion. I am ready
for every situation and I am going to show a lot of guts, determination,
and patriotism." - Renee Forte 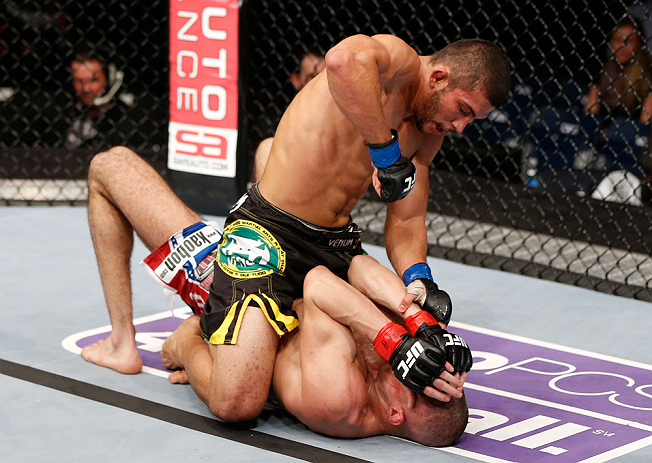 Momentum can make all the difference in mixed martial arts.

Every fighter dreams of one day establishing themselves as one of the elite competitors in the sport, and one of the necessary elements of making this a reality is putting notches in the win column in consistent fashion.

Honing a craft at the highest level of competition will certainly bring setbacks, but when a young fighter can use those experiences for an educational purpose, the process becomes all the more rich.

At 26 years old, Renee Forte is on a quest to carve out his place under the UFC banner, and he’s looking to take the biggest challenges possible in the process.  Forte racked up an impressive record fighting in his native country and it was enough to land a spot on the Brazil’s first installment of The Ultimate Fighter. 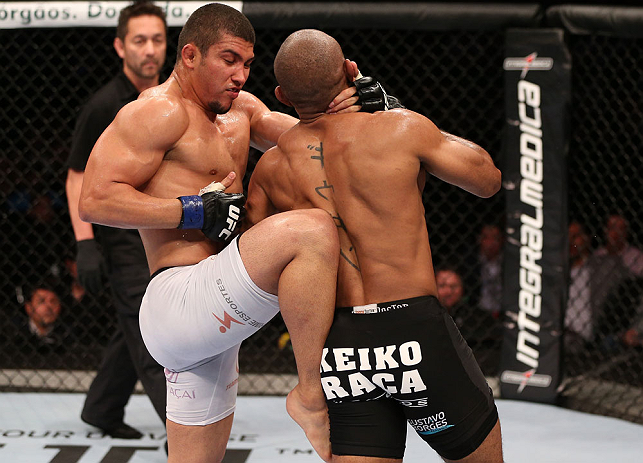 in his official UFC debut against Sergio Moraes at UFC 153 last October, Forte was not detoured from his goal of earning a spot on the UFC roster.

He made the decision to drop from the welterweight to the lightweight division, and the choice paid quick dividends. The Fortaleza native defeated scrappy Brit Terry Etim in his first showing at 155 pounds during their clash at UFC on FUEL TV 7 in February to pick up his first official victory on the sport’s biggest stage.

In addition to defeating an opponent with an established name like Etim, the win also helped Forte shake the perception that he is a reality television fighter and not the real deal.

“I did feel that a little,” Forte said about the TUF stigma. “But my goal has always been to be a great champion, not only a reality television fighter. My wish was always to fight the best fighters, and the best are in the UFC. I feel that this is where I belong. The UFC is my home and it is a dream coming true every day of my life.”

Now, with a UFC win under his belt, Forte will look to keep things rolling as the challenges ahead continue to get steeper. He will face unpredictable striker John Makdessi on September 21 at UFC 165 when the UFC makes its return to Toronto. 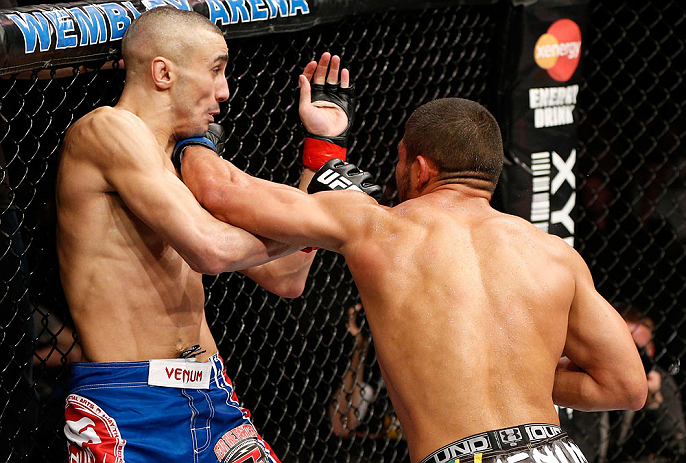 “The Bull” may still be considered a prospect in the grand scheme of things, but with six Octagon visits in less than three years, the Tristar fighter is well on his way to becoming a veteran. With Makdessi in his sights, Forte will have the opportunity to take a strong step toward legitimacy in the lightweight ranks if he can emerge victorious.

It is exactly the caliber of fight he has been waiting for, and Forte has every intention of getting his hand raised in Toronto. He knows he will be facing an aggressive opponent in the hostile territory of the Nova Scotian’s home country, but believes there are advantages to be found in the situation as well.

“I do believe a fighter can be over-aggressive,” Forte said. “But however, I do not fear. I have always wanted to be a great champion. I am ready for every situation and I am going to show a lot of guts, determination, and patriotism.”

“I feel very calm about it,” he added about fighting in Canada. “I think it puts more pressure on him that it does me. I just have to focus on a great show for the fans.”

With the fight being packed on a stacked card which features two championship tilts, Forte and Makdessi will have steep competition for Fight of the Night honors. That being said, when two fighters who are both hungry to climb the divisional ladder collide inside the Octagon, the environment becomes ideal for fireworks.

He is fully aware that his opponent has his eyes on the same exact spot he’s trying to claim, but Forte believes his hunger, heart, and determination for greatness will see him through the battle. The young Brazilian feels he’s found a home in the UFC, and he is willing to give everything he has to make it a permanent situation.

Forte has fought his way to the place where the best fighters in the world test their skills, and now it is up to him to prove he belongs.