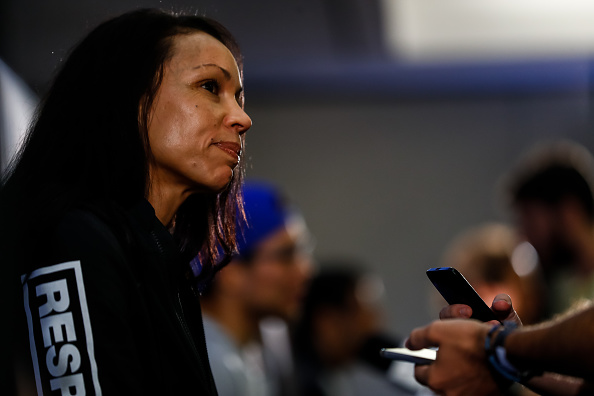 Even before the matchup was offered to her, Marion Reneau had a feeling she would be fighting Germaine de Randamie.

In the same way that she prepares lesson plans for her students at Farmersville High School, the 40-year-old Phys. Ed teacher and her fiancée like to map out the bantamweight division, keeping tabs on who has a fight lined up and who doesn’t, and which competitors might be looking to change divisions. It’s all in an effort to whittle down the roster to a couple of names she could end up sharing the Octagon with when the time to return to the cage comes around.

The former featherweight champion was on Reneau’s short list of possible opponents and she jumped at the chance to travel to Rotterdam to take on the vaunted striker in her return to the 135-pound ranks. But a few days before she departed for the Netherlands, de Randamie withdrew from the contest with an injury, leaving Reneau in a momentary state of shock.

“It was disbelief to be honest with you,” she said of learning from her manager that the Dutch striker had pulled out of what was set to be the co-main event of this weekend’s return to Ahoy Rotterdam. “Really? Ten days out and she’s backing out? Ten days out and now her hand is hurt?

“She knew her hand was hurt since Holly (Holm), right?” she asked rhetorically, the frustration evident in her voice. “You didn’t think you were going to save that hand until the fight because you probably signed for the fight with that same hand?”

Once the disbelief passed, Reneau’s attention shifted to figuring out her next move.

With just a couple days remaining in her training camp, she had no interest in getting pulled from the card and rescheduled for another fight at a later date, so with assurances from the UFC that a replacement would be found, Reneau simply stuck to the schedule that was already laid out and waited to hear whom she would be facing. 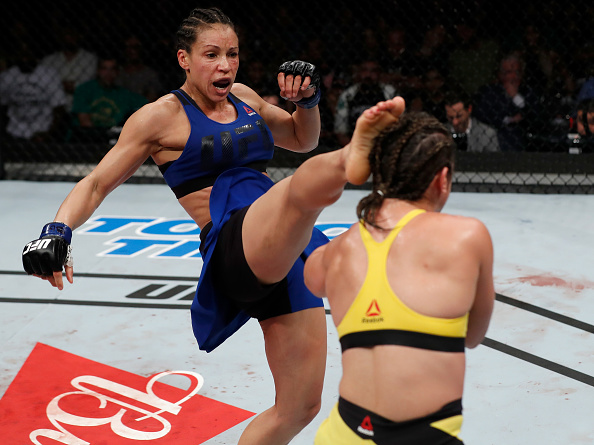 Bethe Correia during their bout in March" align="center" />

“It was disbelief at first and then it was, ‘What do we do now? Where do we go now?’” admitted Reneau, who will now face promotional newcomer Talita Bernardo. “You put in so much time, you put in so much energy and your finances into getting prepared for a fight, and to have it cancelled would be disheartening; we’d lose out on so much.

“So with the promise of a new opponent, it doesn’t add another stressor, it’s just, ‘Who’s it going to be? What do I need to look out for? What does she specialize in?’”

Just as she did with de Randamie and each of her six previous UFC opponents, Reneau has scouted her Brazilian foe as best as possible, analyzing her strengths and weaknesses and laying out a game plan to make her trip to Rotterdam a successful one.

And if you’re expecting the talented bantamweight to hit the cage and fight cautiously in order to ensure a victory, think again.

Reneau had viewed the bout with de Randamie as a golden opportunity to make a statement and improve her standing in the 135-pound rankings, where she currently sits just outside the Top 10, and losing the chance to face the hometown favorite at the 11th hour has only increased her desire to put the division on notice.

“At first, I felt like this was a good opportunity for me to move up in the rankings and for me to make a statement; this is a great fight for me,” she said of the pairing with de Randamie. “We looked at it like we were training for the top opponent in the 145 division and she was coming back into the 135 division and she’s an amazing striker.

“It’s a chip on my shoulder for the whole division,” offered Reneau in regards to her mindset and motivation heading into Saturday’s clash with Bernardo. “I’m kind of perturbed with them a little bit because there are a lot of girls who are in the division who are not taking fights or only fighting once a year or not fighting at all.”

Reneau declined to name names when asked if anyone specific was raising her ire, but said her post-fight interview could include more specifics if she’s triumphant on Saturday.

“If they’re not going to fight, they need to get out,” she added. “There are other girls who are fighting for that position, who are hungry. If you’re not hungry and you’re in that position, move outta the way.”