Renan Barao: Hail to the King

"I need to keep my focus on my next objective, and his name isn’t Cruz, his name is Eddie Wineland." - Renan Barao 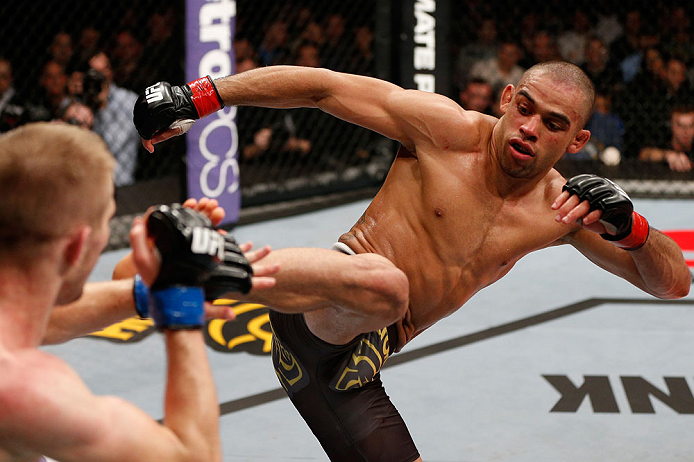 There are two questions which have remained unchanged from the time interim UFC bantamweight champion Renan Barao took the belt against Urijah Faber on July 21, 2012.

The first is when will the title unification fight against Dominick Cruz happen?

The second, does he consider himself the absolute champion of the 135-pound division leading up to his second defense this Saturday against former WEC kingpin Eddie Wineland in the co-main event of UFC 165 in Toronto?

“The main point is, I’m happy showing what I’m capable of,” says the Nova Uniao product, avoiding direct answers to both queries. “If the fans and insiders that ask me these questions all the time knew a bit more about me, they’d realize I accomplished a dream getting this interim belt. I’m already a winner in representing what I’d like to be on the biggest stage of the sport.”

The representation Barão is talking about is the work ethic, dedication and loyalty to his roots that started when the man with the 32-1, 1 NC record became a professional fighter eight years ago. Being named interim champion is just a label to the Brazilian fighter, even though when you look at the bantamweight division – in stark contrast to the UFC’s other eight weight classes - there are two fighters standing at the top: himself and Cruz. > Read: Renan Barao - A Dream Come True

“Fate is in God’s hands, and when the title unification comes, I’ll know how to deal with it,” Barão said. “Things happened naturally in my career, and the most important part of it all is that I’m very relaxed regarding this issue of the bantamweight belt. I work hard and the reflection of that is the level that I’m on, the conquest of the belt, the successful defense and the support I can give to my family.”

Recalling the belt defense Barão talked about, against Michael McDonald at UFC on FUEL TV 7 on February 16 in London, England, it was successful, but not an easy one for the interim champion. A title bout decided in the fourth round by submission, Barão dealt with a slick on the ground and crisp on the feet challenger, who gave the champion a rough time before being finished.

“I had my plan for that fight, to take him into the late rounds,” he said. “Of course we need to consider that he wasn’t a challenger by chance; he was there to take the belt. He did his job and I 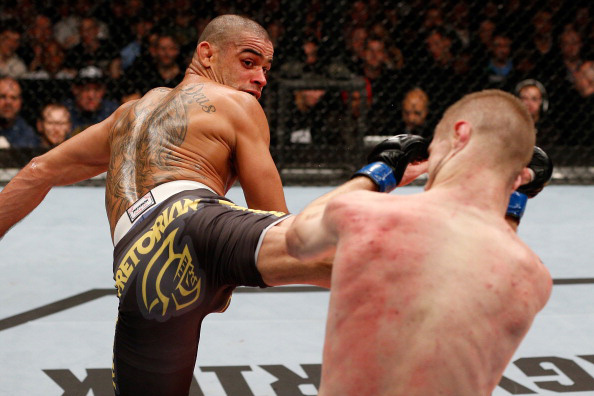 did mine. McDonald is a power puncher, he knocked out a few good competitors and he was explosive early in the fight; so my strategy was to drain his gas tank, reducing his power and grappling until I get that sub [arm triangle] in the fourth round.”

Eddie Wineland, the original WEC bantamweight champion, has similarities to Barao’s last challenger. Also known for his punching power, Wineland blitzed Scott Jorgensen and decisioned Brad Pickett before being named the challenger for this weekend’s bout. From that time in the WEC to his current stay in the UFC, Wineland is like a fine wine - older (experienced) and better – and he says he’s faster and stronger than Barão. The champion agrees with the first sentence, disagrees with the second through.

“Comparing his WEC stint with his UFC one, he evolved,” Barao says. “The man is tough, comes forward and has heavy hands. But whoever has a mouth talks whatever they want. I trained a lot in all parts of the game, and I know my jiu-jitsu will be the difference between us. Once we get on the ground the chances are huge of a submission over him.” > Also Read: Renan Barao and the Art of Adaptation

We can see the man is focused on his next defense, but the inevitable question surfaces again, is there any way to avoid thinking about Cruz and not looking past Wineland?

“I ask this question, but I don’t think about it. I’m not living this dilemma of ‘what if,’” Barão said. “One thing depends on the other, like everybody knows, and I need to keep my focus on my next objective, and his name isn’t Cruz, his name is Eddie Wineland.”