"When I was champion I was happy, but now I lost my belt and every day I’m thinking about getting this belt back." - Renan Barao 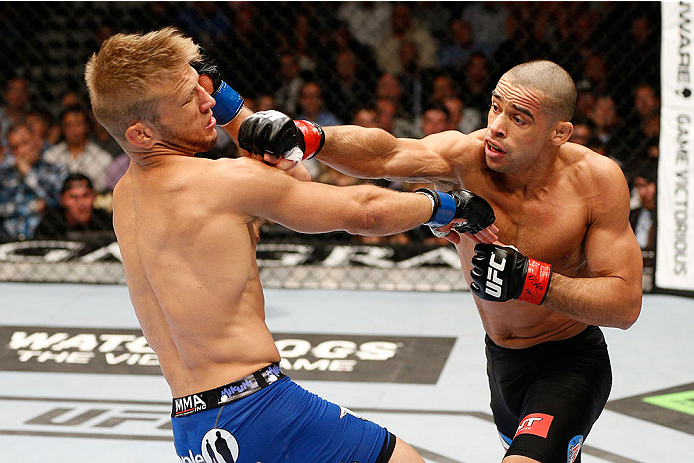 Renan Barao may have lost his UFC bantamweight title, but he hasn’t lost his smile, his laugh, or his sense of humor. Just ask him if he’s watched May’s bout with T.J. Dillashaw and you can hear him in the background laughing as the questioned is being translated to him.

“I can’t even count,” Barao said through translator Cauan Ahmed. “I’ve watched it many, many times.”

Each time, the result is the same, Dillashaw fighting a brilliant fight from horn to horn until the bout was halted in the fifth round. For the first time since his pro debut in 2005, Barao left the venue with a loss, snapping a 35-fight unbeaten streak. To be that good for that long can be intoxicating, not just to the fighter, but to those around him. If anything though, Barao isn’t like his peers. He appreciates that he was untouchable for so long, but he also knows that he was the exception, not the norm. For his family and friends, it was tougher to watch him on the losing end of a fight.
> Watch: T.J. Dillashaw vs. Renan Barao I on UFC FIGHT PASS!

“Many of them were really surprised and they could not believe that it happened that night, but it’s part of the sport,” Barao said. “A true champion does not show that he’s a true champion 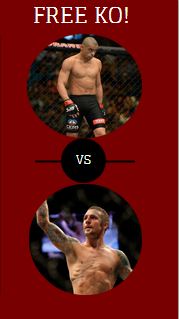 only in wins, but in the losses. I’m feeling stronger and more motivated to be better and to get back my belt.”

So in addition to the grueling work in and out of the Nova Uniao gym in Rio de Janeiro, there have been plenty of those countless views of his 22 minutes and 26 seconds with Dillashaw, as he and his coaches try to figure out what went wrong that night in Las Vegas and how to remedy it this Saturday at UFC 177 in Sacramento.
> Watch: Countdown to UFC 177 - Dillashaw vs. Barao II

“Me and my coaches watched the fight a thousand times and we saw some adjustments we had to make,” Barao said. “I can’t explain them to you because that’s part of the game, but we made many adjustments for this fight.”

As for his opponent, Barao doesn’t think Dillashaw will change things up much, if at all, and why would he, considering he fought the equivalent of a perfect game the first time.

“I think he will fight the same and try the same strategy because it worked well in the first fight and I think he’s going to do it again,” Barao said, and that’s fine with him, because when you say you want to be the best, you want to fight the best version of your opponent, especially if that version beat you the first time. The 27-year-old Barao’s quest remains unchanged, and that’s what his teammates, including featherweight champion Jose Aldo, want to see and hear.

“He (Aldo) told me to be focused, to have the right mindset, and to do what I always did,” Barao said. “Get inside the Octagon, always move forward and always try to knock out or submit my opponent.”
> Watch: Gracie Brothers Analyze Barao's Game

That’s business as usual for Renan Barao, and he believes that if he sticks to what he knows and does best, the same result in 34 of his 37 fights will happen once more. Will regaining the title be more satisfying than winning it the first time? He’s not sure.

“There are mixed feelings for me,” Barao said. “The first time I was happy and I got what I had always dreamed about. When I was champion I was happy, but now I lost my belt and every day I’m thinking about getting this belt back. If I get it back, I’ll be really, really happy. But it’s complicated.”

Nothing a smile from ear to ear and a shiny gold belt can’t explain.