The WEC produced amazing fights for years and future UFC champions. Let's look back at some of the best moments from those days.
By Walker Van Wey • Mar. 20, 2020

With the flyweight division in the headlines these last few weeks, it’s a good time to look back to the days before the 125-pounders were even in the UFC, the days when the WEC was king for lighter weight fighters and instead of Conor McGregor and Jon Jones, it was Urijah Faber, Cowboy Cerrone and Chad Mendes who ran wild.

“You’d have 12 fights on a card and you’d have, like, six Fight of the Nights,” UFC and WEC veteran Clay Guida recalled.

The WEC would go on to host a slew of future UFC champions and household names.

With the memories of the WEC fresh in the minds of fighters and fans alike, take a second to see what fights the stars of the WEC miss the most.

Chad Mendes
WEC Record: 4-0
“I’d have to say my Cub (Swanson) fight. It was the biggest name I had fought at the time; I was fighting right out of college and it was the hardest I’ve ever trained for a fight. I came out and let my hands go and I did some cool stuff in that fight.”
Chad Mendes vs Cub Swanson here

Carlos Condit
WEC Record: 5-0
“My favorite fight was when I won the title against John Alessio. I was coming in as an underdog and I was able to showcase my diverse skillset to dominate and finish.”
Carlos Condit vs John Alessio here 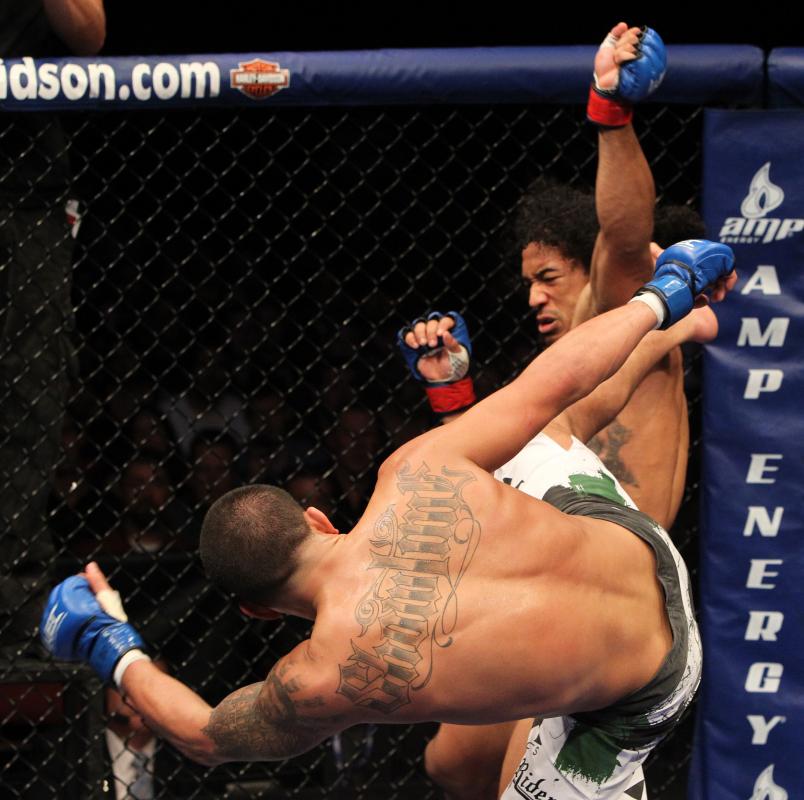 Kenda Perez
Best of WEC Host
“The only WEC event I had the pleasure of attending live was WEC 50 in Las Vegas, which is a special memory for me seeing future UFC champions and contenders before they joined the ‘Big Show’ at the very intimate Pearl Theatre. As far as favorite fight, I may be a little biased, but not including my husband Cub Swanson’s last fight in WEC, which earned Fight of the Night again at WEC 52, would be wrong. And, of course, I can’t forget the highlight that closed out the WEC in the very last minute of its final round a month later, “The Showtime Kick.”
WEC 50 here
Cub Swanson vs Mackens Semerzier here
Anthony Pettis vs Benson Henderson here

Gilbert Melendez
WEC Record: 3-0
“Nick Diaz versus Joe Hurley is probably one of my favorites. If I could say another, it’d be Razor Rob (McCullough) when he went against Cowboy (Cerrone). Nick and him were both really tough, local guys trying to jump up on the scene. I fought earlier that day, so I got a chance to see Nick take him down and hit him with a beautiful kimura. To this day I still use that technique.
Nick Diaz vs Joe Hurley here

James Krause
WEC Record: 0-2
“My favorite WEC fight would be Henderson vs Pettis. Such a back and forth fight with it ending in one of the most iconic finishes in MMA history: The Showtime Kick.”
Anthony Pettis vs Benson Henderson here

Dustin Poirier
WEC Record: 1-1
“My favorite fight was obviously when I got my first win in the WEC against Zach Micklewright. It was a quick one, a knockout. I was still coming from a local scene in the Texas, Louisiana, Mississippi area, so to go out to Las Vegas and fight in the ‘Fight Capital of the World’ was big. I think I was 20 or 21 years old; it was just such a big moment. I proved to myself that I belonged with the top guys.
Dustin Poirier vs Zach Micklewright here

Danny Castillo
WEC Record: 5-3
“My favorite WEC fight would be Urijah Faber vs Jens Pulver 1. It was in my hometown at the ARCO Arena, they sold it out, Urijah defended his belt and it was an amazing fight. They went five crazy rounds. It was a back and forth scrap and I feel like that fight pretty much put lighter weight guys on the map.”
Urijah Faber vs Jens Pulver 1 here 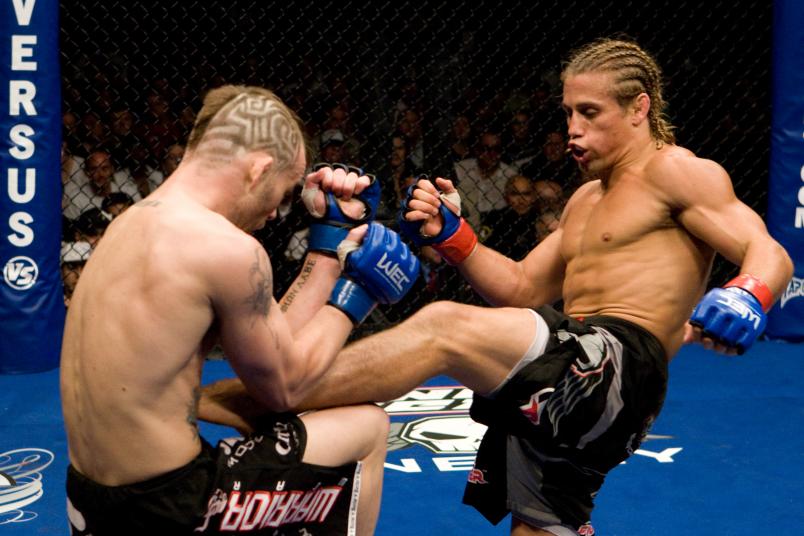 Clay Guida
WEC Record: 1-0
“I’m going to go with Faber vs Jens Pulver 1. I was there cornering Chase Beebe and it was in Sacramento so all of Faber’s fans are there, the Alpha Male guys are there and then you’ve got Jens Pulver. The guy was a Division 1 wrestler who’s also known for some of the greatest knockouts, and he was the first UFC lightweight champion. I’d have to say it was the biggest fight in WEC history at the time because it was two rock stars of the sport.”
Urijah Faber vs Jens Pulver 1 here

For the FULL WEC library and thousands of other classic fights sign up for UFC FIGHT PASS NOW!