The Reintroduction of Dominick Cruz

"I’m sad that I lost the three years in my prime that I had in the fighting world, but I didn’t waste it, not for one second. I used every bit of it to become better." - Dominick Cruz 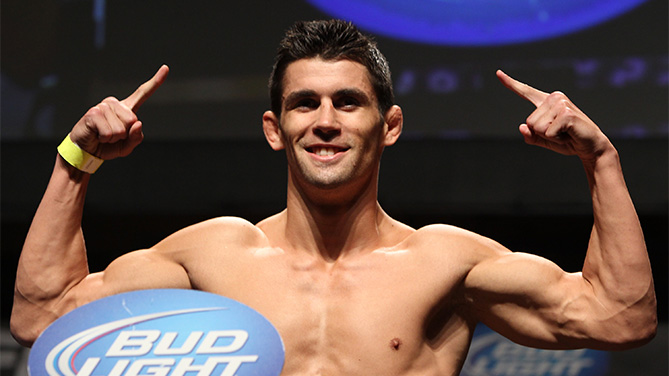 Somewhere down the line, Dominick Cruz could become the answer to a really unique UFC trivia question:

Name the only fighter to win the same title twice without ever actually losing the belt?

This weekend, nearly three years after he last crossed the threshold into the Octagon and seven months after vacating the UFC bantamweight title, Cruz is set to finally make his return, squaring off with Takeya Mizugaki in the final preliminary card contest at UFC 178.

His path from the top of the division to an extended stay on the sidelines has been traced extensively during his hiatus and it got to a point where the well-spoken and engaging Alliance MMA product retreated from the media, opting to focused solely on his recovery and role as an analyst for FOX than continue to discuss his setbacks and state of mind.

> Watch: Fighting Back with Dominick Cruz

On the eve of his return, reclaiming the championship he once held remains a long-term goal for the 19-1 Cruz, but heading into his first action since October 1, 2011, the 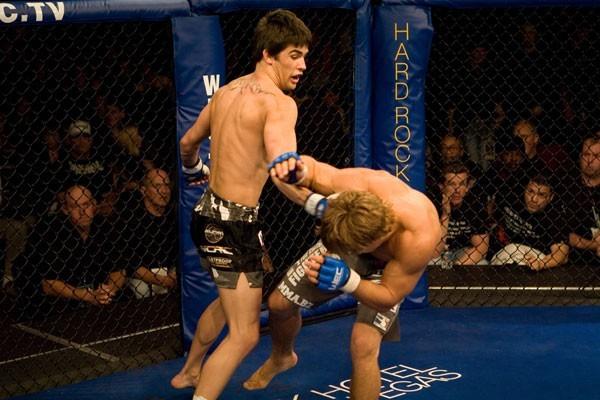 only thing on his mind is the man that will be standing across the cage from him in Las Vegas.

That mindset helps explain why the former champion had no issues with being slotted on the preliminary portion of Saturday’s fight card, although the fact that the lineup is stacked certainly made the decision easier to stomach as well. 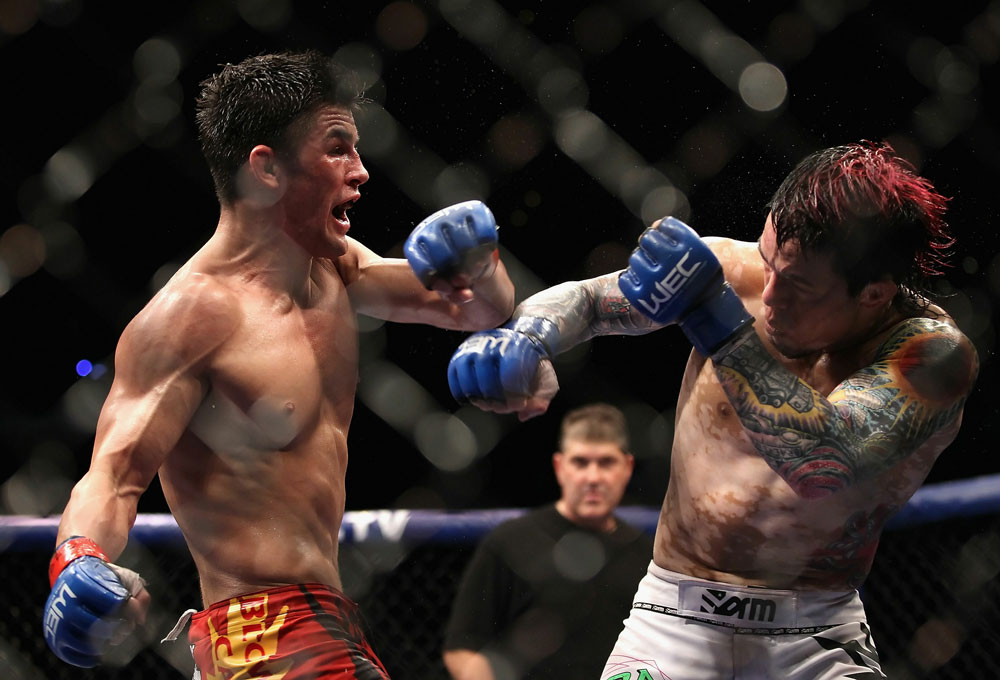 For the talented Cruz, this weekend isn’t about silencing critics that question whether he’ll be able to return to the form that saw him win 10 consecutive contests and claim championship gold in both the WEC and UFC prior to injuries pressing pause on his career or prove that the footwork, movement and stick-and-move style that made him so effective in the cage remains as sharp as it was prior to his hiatus – it’s about starting fresh and beginning the next stage of his career.

“I am a different human being, no question about it, than I was three years ago and I’m excited to go in there and just restart my career at this point,” offers Cruz, 29. “I’m sad that I lost the three years in my prime that I had in the fighting world, but I didn’t waste it, not for one second. I used every bit of it to become better.

“I decided to become an analyst and put all of my championship mindset towards that and build my mind and try to find a different approach to who I am as a person besides Dominick Cruz the fighter. Over the last three years, I’ve built that and now I have something to add to the fighting career that I’m going to get to restart.”

> Watch: The Return of Dominick Cruz

The former titleholder isn’t slowly wading back into the competitive waters of the bantamweight division either – he’s diving headfirst into the deep end of the talent pool.

Mizugaki has shared the cage with some of the best the weight class has to offer and has found a rhythm of late, earning five consecutive victories heading into his pairing with Cruz this weekend. Tough as nails and difficult to finish, the 30-year-old Japanese veteran should provide an immediate indication of where “The Dominator” current stands in the division he ruled not that long ago.

And Cruz wouldn’t have it any other way.

“Mizugaki is no slouch – he’s a true warrior, he’s won five in a row, he has a ton of experience, he always comes in shape, he’s an extremely hard guy to finish,” he says of the man he’ll face inside the MGM Grand Garden Arena Saturday night. “That’s what I was looking at when I went into this fight. I said, `Man, this is the guy that is going to challenge me.’ Nobody can say I walked into this fight and just had some gimme match.

“Takeya Mizugaki on a five-fight win streak, who comes ready to fight, who doesn’t give a crap who you are – that’s the guy I want to challenge myself against and I’m
excited to be able to have such a good opponent to do it.”

It has been more than 1000 days since Cruz stepped into the cage in at the Verizon Center in Washington, D.C. and successfully defended the UFC bantamweight title against Demetrious “Mighty Mouse” Johnson, and a great deal has changed within the 135-pound ranks.

Rather than try to make up for lost time and remind everyone of the fighter he once was, Cruz is simply focused on performing to the best of his abilities and satisfying his toughest critic – himself.

“It’s been three years – I haven’t fought in three years, so I’m not going to go out there and say I’m the same guy. I’m not the same. I’m nowhere near the same. I could be better. I could be worse, but it really doesn’t matter because all that matters is what I think of myself.

“To be perfectly honest, I’ve gone in every day of camp and felt like myself – felt like the me that I always was, so I’m confident that’s going to show in this upcoming fight and that’s all I can really think about. I can’t think about making other people happy looking like I used to or looking better than I used to – all that I can do is do the best that I can for myself and as long as I’m happy with me, I think I’ll shock a lot of people.”