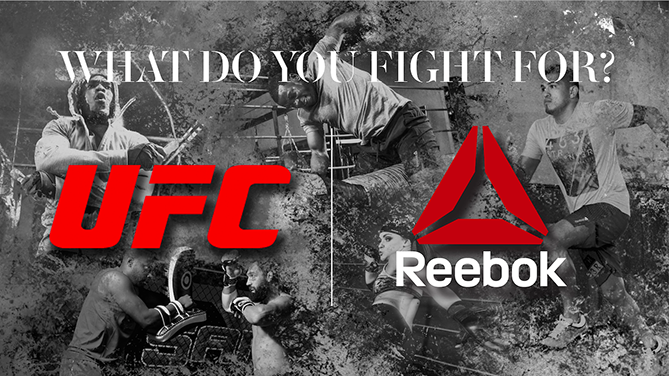 Reebok and the UFC are joining forces in a groundbreaking six-year partnership that will see the global fitness leader become the exclusive outfitter and apparel provider for the world’s leading mixed martial arts organization.

The Reebok/UFC apparel line, which will include exclusive “Fight Week” gear, “Fight Night kit” as well as UFC fan gear, will be developed in conjunction with UFC and its athletes, including current Reebok-sponsored fighters Johny Hendricks, UFC Welterweight Champion, and UFC Lightweight Champion Anthony Pettis.

“This will be the biggest non-broadcast partnership that our company has ever signed,” said Lorenzo Fertitta, UFC Chairman and Chief Executive Officer, “so it is significant.” 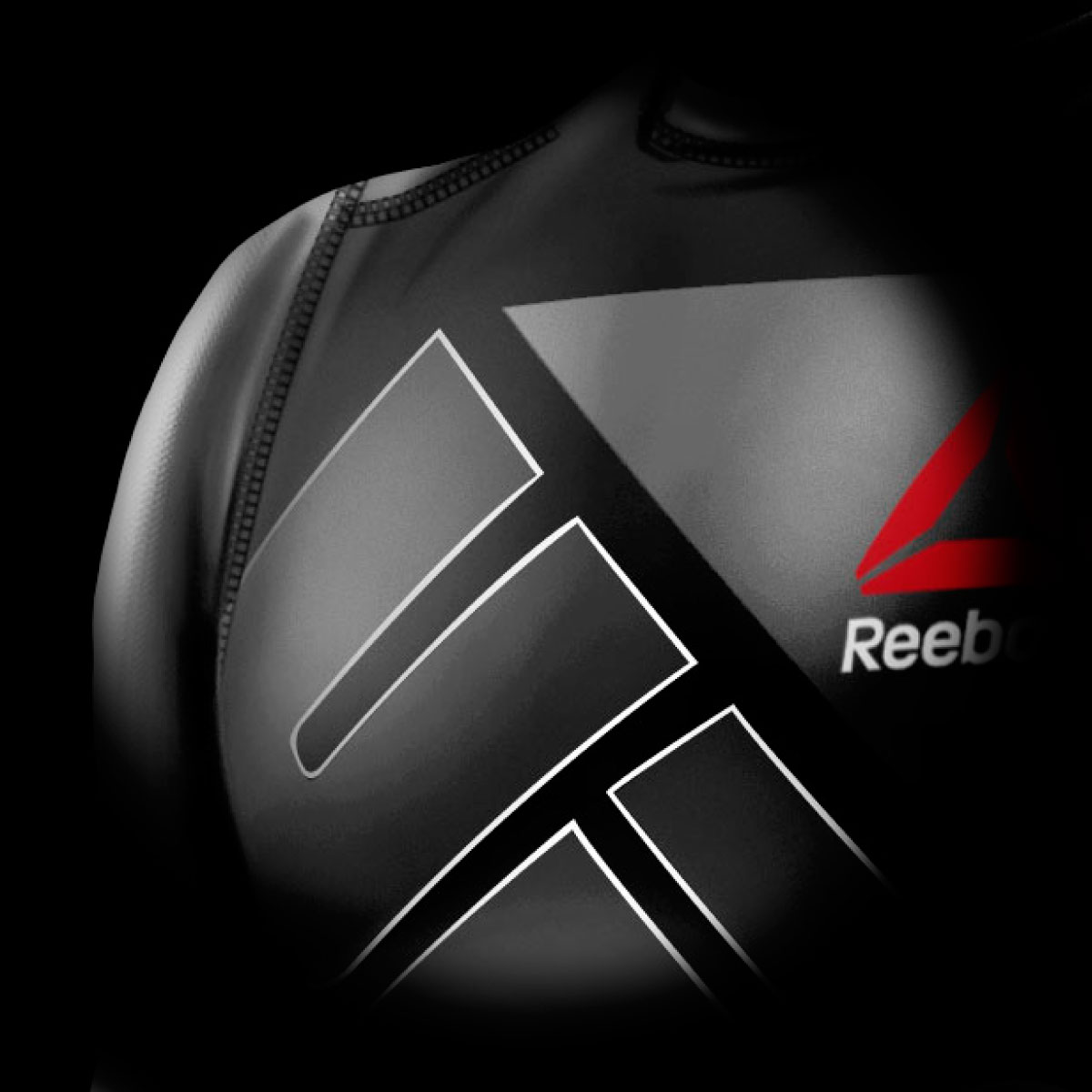 The alliance between two global sports brands is similar to the exclusivity deals the NFL, NBA, Major League Baseball and other worldwide sports leagues and teams sign with well-established fitness companies, with a twist:

UFC will be distributing the vast majority of the revenue received from this partnership to the athletes, Fertitta said, and the company is investing in this platform to create long-term value in the brand and its athletes. What’s more, Reebok is pouring money into research and development of apparel and gear specifically designed for MMA athletes.

A percentage of all Reebok/UFC product sales will be donated to Fight for Peace, a non-profit organization that combines boxing and martial arts with education and personal development in communities affected by crime and violence. Fight for Peace was founded in 2000 to provide an alternative to the armed violence and drug trafficking impacting young residents in favelas in Rio de Janeiro, Brazil.

Athletes will be compensated for their compliance with the 2015 UFC Outfitting Policy by way of a tiered system based on each fighter’s ranking at the time of the event weigh-in, irrespective of broadcast type and placement on the fight card. UFC weight-class and pound-for-pound rankings are determined by a voting panel of media members who consider only fighters in active status in the organization.

- Guaranteed income for each fight, eliminating the burden of seeking sponsors on a per-event basis.

- Opportunity to generate royalty income from the new athlete-specific products created through the program.

- Fighters can choose from an array of colors and styles of apparel and kit, allowing for some form of customization.

Athletes will no longer be permitted to have outside sponsor logos on athletic apparel during UFC fight week official events, including fight night, UFC-produced content or other official UFC events.
And individual sponsor banners will no longer be permitted for the walkout or inside the Octagon beginning with the UFC event on July 11, 2015, coinciding with International Fight Week in Las Vegas, Nev. The new policy will start the week of July 6, 2015.

Athletes can continue to maintain their individual apparel and non-apparel sponsors outside all UFC events, and existing or prospective sponsors may use an athlete’s name and likeness. But they cannot use UFC trademarks unless they have a direct commercial relationship with UFC.

UFC President Dana White, who has been contacting athletes directly to explain the new policy, said the response has been positive.

“Pretty much everybody, the men and women that I’ve talked to, they’re pretty excited about it,” White said. “I really got no negative feedback whatsoever, from anybody.

The additional revenue stream should curtail the distractions many up-and-coming athletes face in scrambling to secure sponsorship and funding.

“We’re bringing our commercial growth – the UFC brand and our athletes together – so it’s a win-win for all of us,” Fertitta said. “It’s going to help the fighters, because it is going to allow them focus more on their training and not have to run around to get some of these sponsors . . . that aren’t blue-chip, Fortune 500 companies.”

Another sponsor logo may eventually appear on UFC kit, Fertitta confirmed, “but it’s going to be a major global brand like you see in some of these other sports, like the European soccer leagues.

“Just that alone is going to change the perception of the sport, the perception of the athlete, the level that we are at. This is a true game changer,” said Feritta, putting the Reebok partnership on par with other brand-defining moments in UFC history, among them the launch of “The Ultimate Fighter” reality show on Spike TV; the FOX Sports partnership and deals with global brands Budweiser and Electronic Arts.

The distraction of haggling with last-minute sponsors is largely over for many UFC athletes, without restricting their ability to retain alternate sponsors outside of official UFC-sanctioned appearances and events.

“Whether you’re at the top of the heap or the bottom,” White said, “you know every time you step in there, you’re getting paid. You have a sponsorship.

“It’s more incentive to get bigger and get better.”

Said Fertitta, “We feel like we’ve created a (sponsorship) program that will be as much, and in some cases, more than (some fighters) are currently making. They’re still going to be able to keep their other sponsors, so we look at this as being additive. On top of that, they get a royalty for anything that gets sold that actually has their name on it.”