Edison is reported to have said that “the light bulb was an invention with 1,000 steps” when asked what it was like to fail a thousand times before perfecting his creation.

Though it didn’t take quite as many attempts, Josh Parisian’s arrival on the UFC roster was a similar act of trial and error until he ultimately found success.

In the summer of 2018, Parisian scored a first-round knockout win over Greg Rebello in his first appearance on Dana White’s Contender Series, dropping the Rhode Island native and then CES heavyweight champion with a spinning backfist just 91 seconds into the opening round.

Rather than secure passage to the UFC roster, however, the Michigan native was offered a place on Season 28 of The Ultimate Fighter, where he was bounced in the first round by Michel Batista, putting his UFC dreams on hold.

When he returned to the cage for his first appearance of 2019, Parisian stumbled, getting tapped out in 68 seconds by heavyweight prospect Brett “Big Dog” Martin. Since then, however, the Scorpion Fighting System product has been making improvements and advancements, refining his skills and inching closer to breaking into the mixed martial arts major leagues. 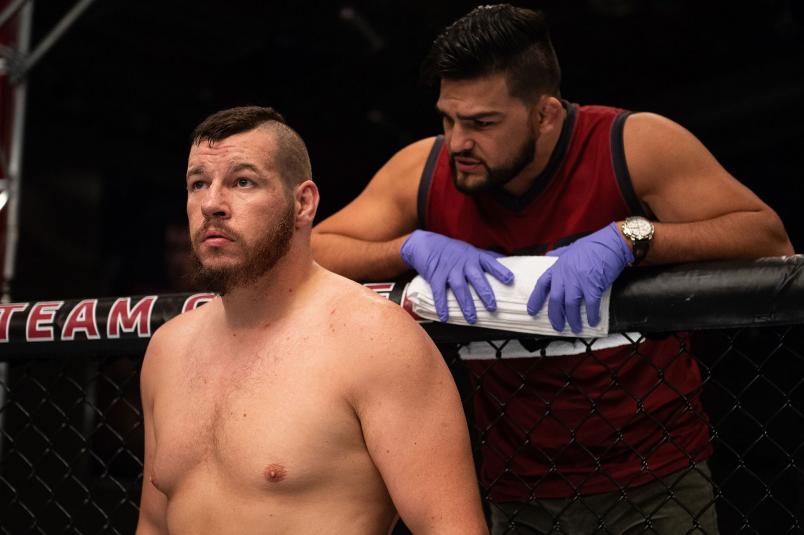 Preparing To Take On Batista on TUF, With Guidance From Coach Kelvin Gastelum (Photo by Chris Unger/Zuffa LLC)

In mid-August, Parisian had his light bulb moment, securing a first-round stoppage victory over Chad Johnson in his second Contender Series appearance that pushed his winning streak to six and finally earned him a call to the Octagon from UFC President Dana White.

“One of the reasons I have been successful so far is that whether I succeed or fail, I’m always re-calibrating,” explained Parisian, who squares off with Parker Porter on Saturday night in Las Vegas. “’What did I mess up? What can I do better?’ — I’m constantly thinking about that stuff, so any experience, I’m always going to be better than I was before.

“The Ultimate Fighter, even though I lost my first fight and it was a stressful thing to deal with, I would say it was a good thing for me. Dealing with that stress, having the cameras around constantly, and dealing with interviews — I would say that helped me a lot.

“In that first Contender fight, I feel like I had a good enough performance to get signed,” continued the 31-year-old, “but I also know I’m better than I was then, so maybe it all happened the way it was supposed to and now I’ll have a better career after getting a few more fights and more experience.”

Ahead of his bout with Batista on The Ultimate Fighter, Parisian said that a victory would signal that he was “meant to be in the UFC” and “meant for greatness,” but victory eluded him. 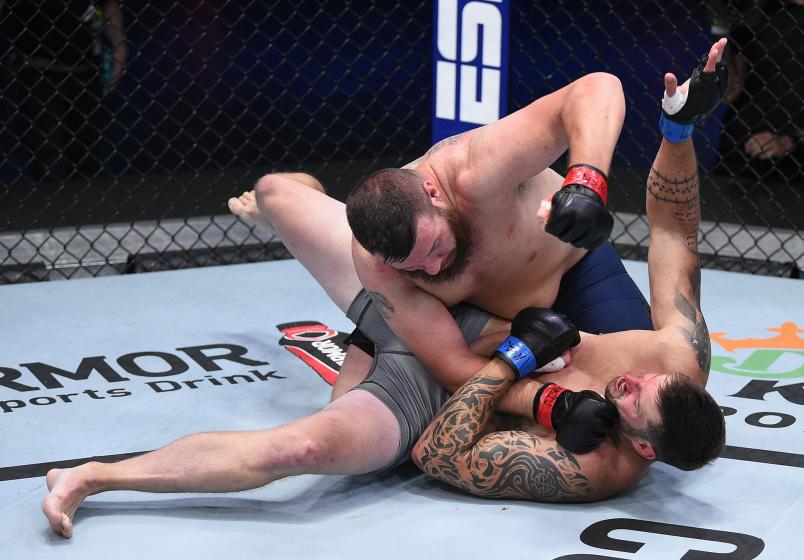 More than two years later, sitting backstage at the UFC Apex following his win over Johnson in August, the big man was at a loss for words when asked what finally securing a UFC contract meant to him after traveling the winding road he took to reach his destination.

On the eve of his debut, Parisian still struggled to articulate just what this opportunity means to him, which tells you all you need to know.

“I mean,” he began before pausing to find the words.

“I think,” he added, still searching for an answer.

“The best way to describe it is everybody is looking to get into the UFC — everyone’s goal is to be in the UFC — and a lot of people fail, unfortunately; there is only a small number of people that get into the UFC,” he said, focusing his answer on the process, rather than feelings and emotions. “Once you’re there, you have to set that new goal and over the last couple months, it’s been one of those things where I have just been setting new goals for myself.

But rather than exclusively tether himself to the same single lofty goal that many of his contemporaries aspire to, the heavyweight newcomer has made sure to give himself smaller, more readily attainable goals to shoot for as he embark on this next stage of his career as well, and they’re the kind of targets that should make the Michigan product an immediate hit with the UFC audience.

“One thing I’m really chasing is bonuses because a $50,000 bonus for me would change my life,” he added. “I’m not training to win — I’m training to get a bonus and get as many bonuses as I can.”

That approach should make his bout with Porter this weekend a must-see attraction for fans that enjoy seeing the big fellas throw down, if it wasn’t already. 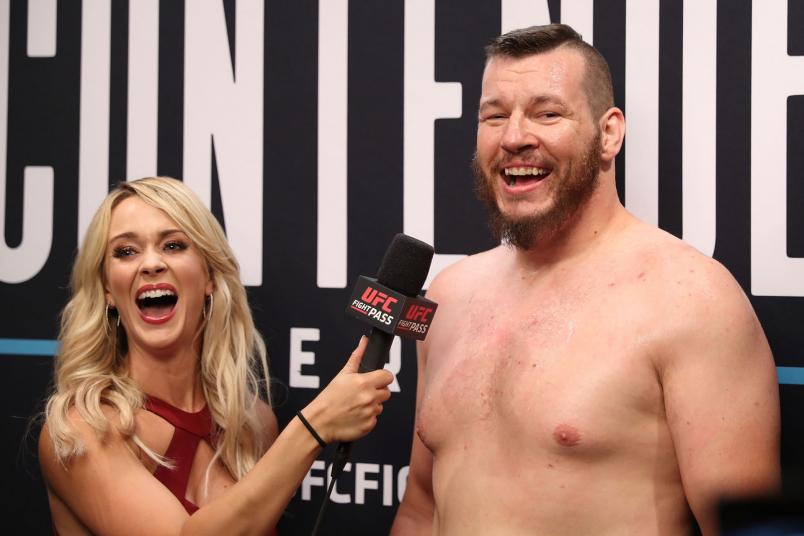 The 35-year-old Porter made his promotional debut earlier this summer, suffering a first-round stoppage loss against Chris Daukaus at the close of a frenetic back-and-forth opening stanza. Like Parisian, the native of New Britain, Connecticut isn’t a big fan of going to the scorecards, and stationing the two bangers across from one another on Saturday night feels like a recipe for fireworks.

“Winning and losing isn’t always in our control, but I know what is in my control is my effort and if I go out there and give all of my effort, I know I will be happy with myself.”

Given the effort and persistence he’s shown to finally work his way onto the UFC roster, expect a monster effort that leaves Parisian, the UFC, and fight fans happy when he finally steps into the Octagon for the first time this weekend in Las Vegas.