On Sunday night the world-famous Las Vegas Strip will be packed with people celebrating 2017 and ringing in the New Year in style. But on Saturday night, all attention will be focused on T-Mobile Arena packed comfortably between New York, New York and Monte Carlo for the UFC’s final Pay Per View event of the year.

With a super fight in the main event between legends Cris Cyborg and Holly Holm, and a number of huge matchups littered throughout the fight card, Vegas is guaranteed a weekend full of fireworks.

These are the reasons to watch UFC 219: Cyborg vs. Holm.

Cyborg meets her most formidable foe to date in Holm

The relentless winning streak of Cris Cyborg has been one of the most demolition-filled rampages in the history of mixed martial arts.

Cyborg’s devastating finish against legend Gina Carano highlights a career filled with finishes and devastating stoppages that have filled the internet with enough highlight clips to last a lifetime. 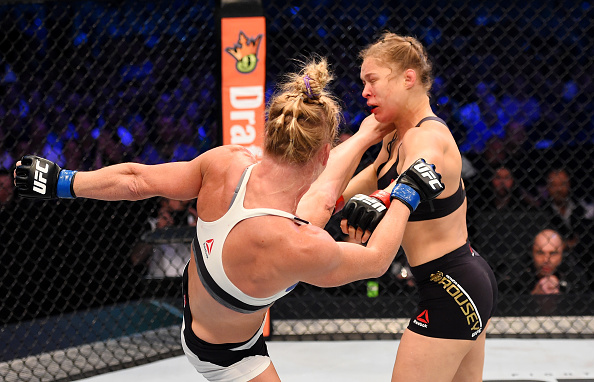 But when it comes to highlights, none may leave a bigger mark in the sport than Holly Holm’s head kick knockout of the iconic Ronda Rousey at UFC 193 in 2015.

The matchup is layered with reasons to watch in and of itself. Not only are these two of the greatest female fighters in history, but they are meeting for the featherweight title. Holm has long been talked about as a potential foil to Cyborg’s aggressive striking style. “The Preacher’s Daughter” uses her length and boxing/kickboxing acumen to master distance and make charging fighters pay for their pursuit.

In the age of money fights, this one is worth the price of admission all on its own.

Khabib Nurmagomedov looks to be all business this week as he competes for the first time in over a year at UFC 219 vs. Edson Barboza.

At 24-0, Nurmagomedov has established himself as one of the most dominant fighters in the sport. Now at the doorstep of championship contention, “The Eagle” takes on his toughest test to date in the veteran Barboza, who holds an impressive 87 percent takedown defense mark in 17 career UFC bouts.

Nurmagomedov is confident in his standup against the aerial artist who has some of the most iconic head kick finishes in UFC history.

Strawweight rising star gets next test in top 10

Cynthia Calvillo can put an exclamation on arguably the most amazing rookie year in in the history of the UFC with a win over former strawweight champ Carla Esparza. 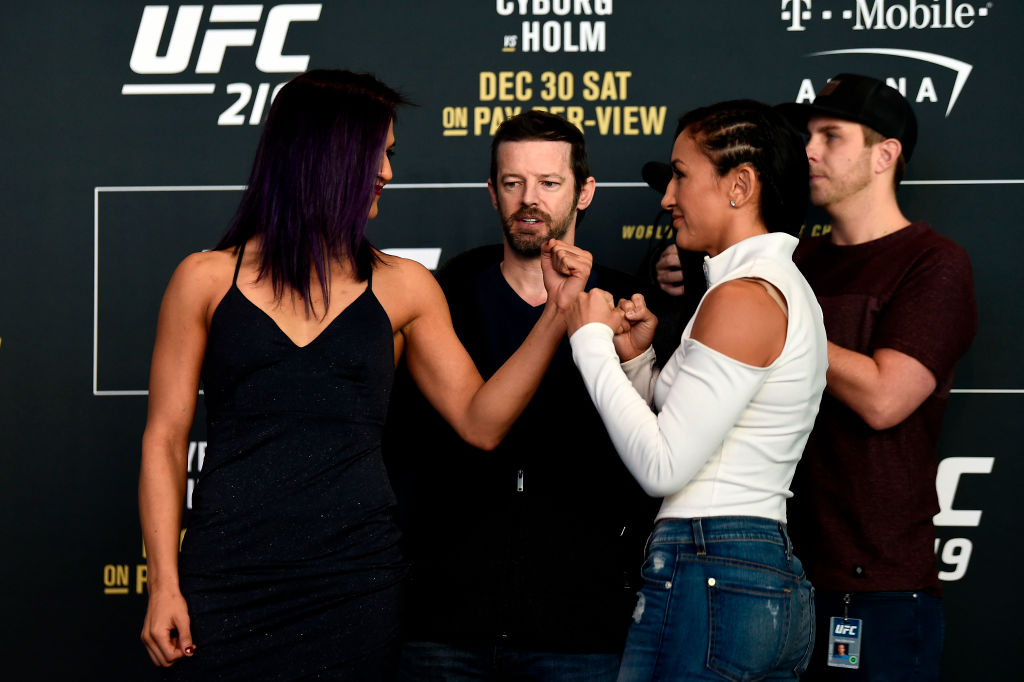 The Team Alpha Male top female has gone 3-0 with a pair of submissions on her way to the No. 6 ranking in the 115-pound division. A win over Esparza makes four straight wins to open her UFC career in just a 10-month span.

If Esparza has anything to say about it, the hype train around Calvillo will get derailed. The first-ever strawweight champion has a huge opportunity to vault herself back into title contention if she’s able to steal Calvillo’s momentum in this high-stakes matchup.

When Carlos Condit tweeted in September that he was set to make a comeback to the UFC, the entire community paused to give thanks.

We’re talking about one of the most must-see fighters of his generation and Condit is treated like a treasure in a sport that values entertainment value.

Against Magny – a fun fighter to watch in his own right – Condit gets the perfect matchup in his return as he kicks the rust off the tires in a Fight of the Year pre-fight contender.

Vegas’ Rountree searching for another KO

The heralded light heavyweight Khalil Rountree stumbled out of the gates with a pair of losses to begin his UFC career. He struggles against wrestlers and that was the early knock on him.

But after re-committing to his training and changing his mindset, Rountree has emerged as a rising prospect at 205 pounds riding a two-fight win streak (two first round knockouts) into his UFC 219 scrap with Michael Oleksiejczuk.

“Lord” is a striker known for KO power which all but guarantees a striking show in the main event of the FS1 prelims.