Reasons to watch UFC 214 on Pay Per View

In most cases the return of Jon Jones would be reason enough to watch UFC 214. Add in the fact that “Bones” is facing archrival and current light heavyweight champion Daniel Cormier and the allure grows.

Cormier vs. Jones 2 is one of three title fights at UFC 214, which features 14 ranked fighters competing on the night. Former welterweight king Robbie Lawler makes his anticipated return against Donald “Cowboy” Cerrone in a Fight of the Year candidate that’s been in the making for almost a year.

There a bunch of reasons to watch on Pay Per View July 29, but we tried to pick the five biggest.

ORDER UFC 214: Cormier vs. Jones 2 now | Get tickets while some still available

What Jon Jones will we get?

When Jones last held UFC gold, he was an unbeatable icon whose legend was growing with each notch added to his belt. The way he handled Cormier in their first bout was a performance that still doesn’t seem to get its rightful level of kudos.

Cormier has never lost in professional mixed martial arts, except on that January 2015 Saturday night to Jones, who dominated the fight.

But with just one performance to evaluate the Jackson/Wink fighter since – a unanimous decision win vs. Ovince Saint Preux in April 2016 – it’s worth wondering which Jones will show up in Anaheim.

It’s been over four years since Jones finished an opponent, despite being tied with Chuck Liddell for most light heavyweight finishes in the modern era.

Jones has the highest takedown defense in division history (94.6 percent) and he held DC to just one takedown in their first fight. When Cormier lands two or more takedowns in a fight he’s 7-0.

The rivalry between Jones and Cormier makes the UFC 214 main event a can’t-miss fight. The real question is which fighter needs the win more:

Cormier, who was crushed when he fell short the first time around? Or Jones, who wants to rebuild his legacy and regain his title? 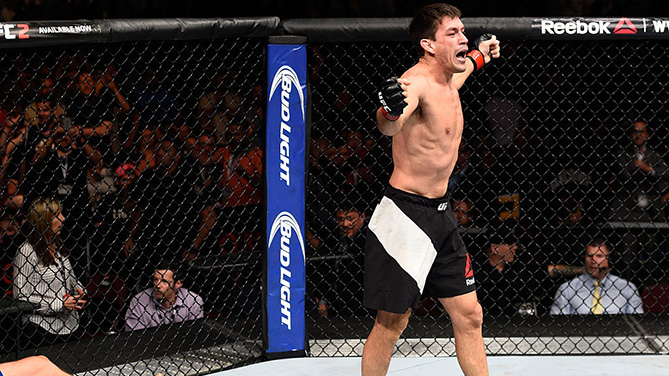 Can Maia take Woodley down?

When Tyron Woodley and Demian Maia are standing, the champion has the overwhelming advantage. He hits hard (watch his first-round KO vs. Lawler to win title) and he will own the quickness advantage vs. Maia.

But as much as Woodley should dominate the standup, Maia will be equally elite if the fight goes to the ground. Problem is for Maia, Woodley owns the highest takedown defense in welterweight history at 95.2 percent and is just second all-time behind former bantamweight champion Renan Barao, who has never been taken down.

Maia has been waiting for his chance at the title for years, compiling a seven-fight win streak with three submissions along the way. He gets his chance vs. Woodley. 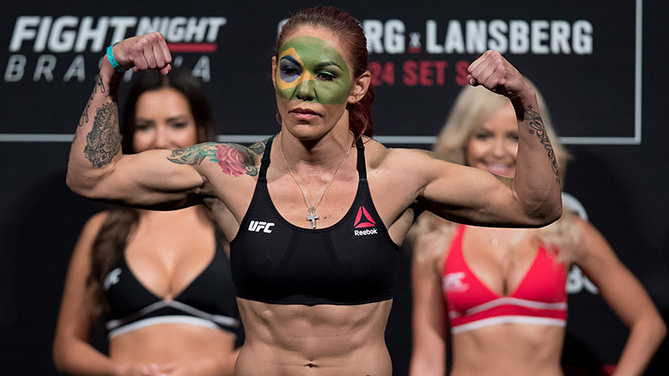 Will Cyborg take her place as featherweight champ?

Cris Cyborg has fought twice under the UFC banner and now gets her chance to hoist gold when she takes on Invicta FC bantamweight champion Tonya Evinger.

It felt weird when Cyborg was absent when the inaugural featherweight title was contested between Germaine de Randamie and Holly Holm at UFC 208. But now Cyborg is in her rightful place, challenging for the title she’s seemingly been destined to hold.

Evinger is a formidable challenge for the most dangerous female fighter on the planet. The third title fight on the card should deliver fireworks. 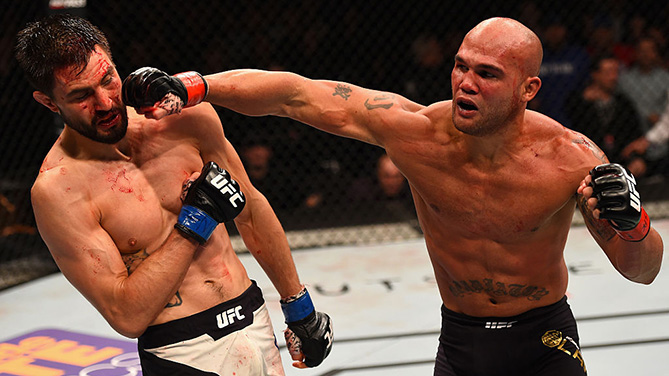 How crazy will Lawler-Cowboy be?

The fight was originally slated for UFC 205 in New York City back in November 2016, but after two failed attempts to make the bout, California is the big winner.

Lawler vs Cerrone promises to be a striking display for the ages. Lawler, refreshed and rejuvenated after a year away from the game, returns to kickstart another run at the title. Cerrone suffered his first loss at 170 last time out against Jorge Masvidal and is surely looking to recapture the momentum lost at the expense of the former champion. 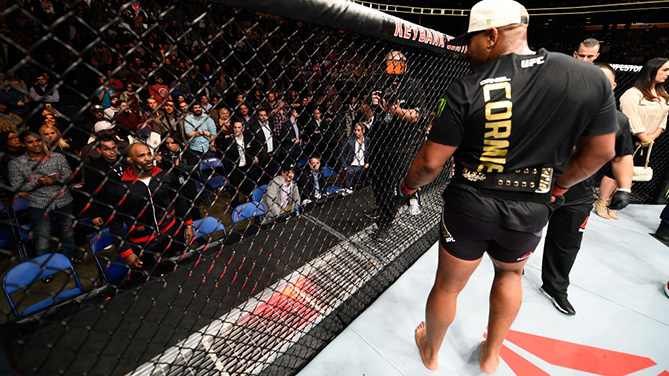 Will Manuwa secure his title shot?

Cormier was offered Jimi Manuwa or Jon Jones for his third title defense and the champ selected the latter for obvious reasons.

But Manuwa has been on a tear the past year, KOing his last two opponents. Teammate Alexander Gustafsson has claim to the next shot because he just finished Glover Teixiera, but if Manuwa can stop No. 5-ranked Volkan Oezdemir, he’ll have three wins in a row and maybe a shot against the winner of Jones-DC to show for it.

Matt Parrino is a digital producer, writer and the host of UFC Rankings Report on UFC.com. Follow him on Twitter at @MattParrinoUFC