One of them is right. And for McGregor (19-3) – who fans either tune in to root for or against like no UFC fighter before him – everything is on the line.

With a win, McGregor rectifies the situation created by a second-round loss to Diaz (20-10) in the first matchup. Meanwhile, another loss to the Stockton icon could cause McGregor’s stock to plummet.

So why in the world is the Irish sensation willing to put it all on the line like this for an out-of-division fight with the featherweight title belt still lying over his shoulder?

It’s simple: McGregor thinks he’s a better fighter and that he knows how to beat Diaz on Saturday night.

A victory against Diaz will be well-earned if McGregor pulls it off. Diaz holds the record for most significant strikes landed in a fight (238 vs. Michael Johnson), has the second-most submission wins (9) in UFC history and is tied with Joe Lauzon for most post-fight awards (14).

McGregor is no slouch in the Octagon. He has the fastest finish in UFC championship history after his 13-second KO of Jose Aldo to capture the featherweight title at UFC 194. He has the fourth-highest knockdown rate (1.87 times per 15 minutes) and the highest striking rate in UFC/WEC history (5.53 significant strikes per minute).

All of those numbers behind McGregor’s name usually mean a bad night for his opponents. But Diaz is durable, experienced and knows how to survive in a fight. Plus, he’s huge and holds a height, reach and weight advantage once the fighters fully rehydrate following weigh-ins.

The intriguing nature of this anticipated rematch make it the No. 1 reason to watch UFC 202: Diaz vs McGregor 2 from T-Mobile Arena, live on Pay-Per-View Saturday, Aug. 20. 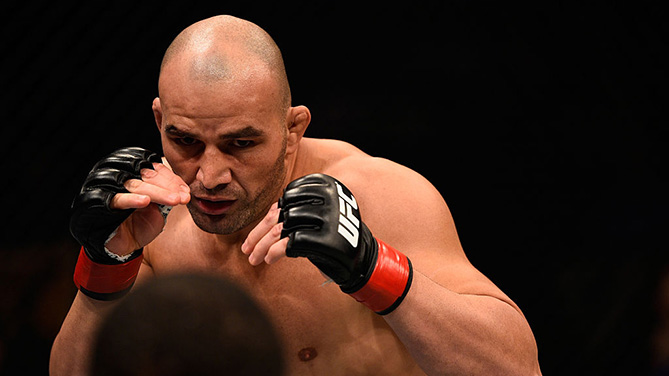 2 – DC gets his next challenger

Glover Teixeira suffered a second-round knockout at the hands of Eric Schwartz at WEC 3 in 2002. Forgive the Brazilian; it was only his first professional fight.

It was a pretty big one for Schwartz, who rode off into the sunset afterward, retiring with a perfect 2-0 record. To this day, Schwartz is the only man to ever finish Teixeira (25-4) in mixed martial arts.

Teixeira is one of the most resilient and toughest fighters in the UFC. His only two losses in the UFC came against all-time great Jon Jones and a boring decision loss to Phil Davis, who grounded Teixeira for three rounds.

Good news for Teixeira is that he can take a punch. Bad news is that he’ll need to do that on Saturday against the pound-for-pound biggest puncher in the UFC, Anthony “Rumble” Johnson.

Rumble (21-5) has the fifth-most knockdowns (12) in UFC history and is third all-time with 10 total knockouts. Johnson has unleashed his fury on multiple divisions, and he’s desperate to get another crack at Daniel Cormier to avenge his only loss at light heavyweight since moving to 205.

After a long and successful run at 155 pounds, Donald “Cowboy” Cerrone is making some noise at welterweight. The Jackson/Winklejohn fighter is 2-0 at 170 and has his eyes on a nice little win streak if he can get past Rick Story at UFC 202.

Interesting scenario for Cerrone (30-7-0, 1 NC) is that he has options. With a win over the current champion at 155 pounds (Eddie Alvarez) on his resume, Cowboy can pick his shot with another win to stay perfect in 2016.

All Story (19-8) does is win, even if he hasn’t fought very often in recent years. A unanimous decision win over Tarec Saffiedine in May is Story’s only action of the past two years. But a win over Cerrone, which would make four in a row, would be a nice feather in the “Horror’s” cap. 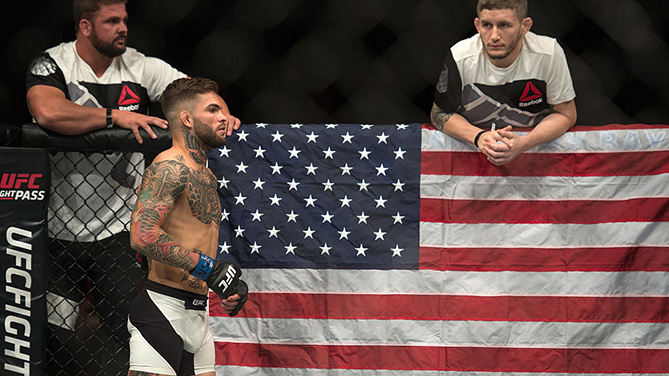 4 – "No Love" with everything to gain and lose

Arguably the biggest prospect in MMA today – if you can even call him that at this point – Cody Garbrandt faces Takeya Mizugaki in a huge showcase fight for the Team Alpha Male prodigy.

Garbrandt (9-0) has been exchanging public barbs with bantamweight champion Dominick Cruz for months and is potentially a big win away from a clash with the champ. But MMA is a crazy game and a result is never guaranteed.

Mizugaki (21-9-2) is a +405 slotted in the FS1 prelims main event against Garbrandt making him the biggest underdog on the entire fight card. But Garbrandt likely isn’t taking him lightly. With wins over Bryan Caraway, Erik Perez and Francisco Rivera, Mizugaki is a true gatekeeper of the sport with the ability to take out any challenger.

5 – Fight of the Night fireworks on FIGHT PASS?

On the same card as Diaz-McGregor and Rumble-Teixeira, it’s hard to make a case for any other bout to be in contention for Fight of the Night honors.

But Lorenz Larkin vs. Neil Magny is a perfect example of quality matchmaking. Magny (18-5) can stand and bang but likes to take his opponents to the ground, where he tends to do some of his best work. Larkin (17-5-0, 1 NC) is a destroyer on the feet with some great takedown defense.

Add that all up and we could be looking at 15 full minutes of action as these two welterweights look to stay in contention in the top 10 of the welterweight division.