In perhaps the most intriguing stylistic matchup in recent UFC history, Brock Lesnar returns to the Octagon in the co-main event of UFC 200 to take on super striker Mark Hunt in a heavyweight epic.

Lesnar is a wrestling machine. The former Division I national champion has the third-highest takedown accuracy (55 percent) in heavyweight history. He has been defying the odds ever since the first time he put on the four-ounce gloves. His ground and pound is scary. He has landed 162 significant strikes in his career and 68 percent of those have come on the ground. That percentage is almost triple the UFC average of 23.3 percent.

Hunt on the other hand is one of the most feared strikers in the sport. He’s earned six post-fight bonus awards which is good for most in heavyweight history. Hunt is the king of the walk-off knockout and Lesnar is in danger every moment he stands with the ruthless New Zealand-native.

Lesnar vs. Hunt is the No. 1 reason to watch UFC 200 live on Pay-Per-View from the brand new T-Mobile Arena in Las Vegas. 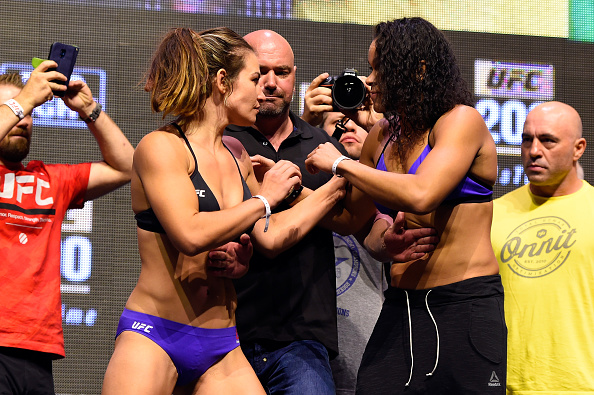 Miesha Tate’s first title defense after submitting Holly Holm comes against the dangerous Brazilian jiu-jitsu ace Amanda Nunes. Tate is known for slow starts and Nunes is like a bull out of the gates.

With that said if it wasn’t for Ronda Rousey reigning in the women’s bantamweight division the past few years it would have been Tate as the alpha female. Tate has the most takedowns in the division’s history with 27 and she’ll likely utilize her wrestling in the fight against Nunes.

This fight is going to come down to how Nunes handles the pressure of the title fight and if her cardio holds up. Tate has proven time and again that she doesn’t gas and only gets stronger as the fight progresses.

It may not be the original plan, but it does seem fitting to have Anderson Silva on the biggest fight card in UFC history.

On just two days’ notice, the man many consider to be the greatest fighter of all time returns to save the day. Silva faces light heavyweight champion Daniel Cormier in a non-title, three-round bout at 205 pounds.

Silva weighed in at 198 pounds and on fight night will likely be giving up about 25 pounds to the former heavyweight Cormier. But Silva’s length and speed could pose problems for Cormier.

DC said he had the greatest camp of his career and is more prepared to fight at UFC 200 than at any other time in his career. So bring on the super fight and bring on Silva. 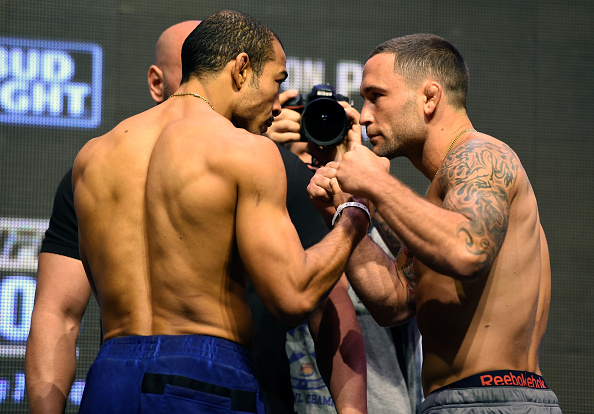 That couldn’t have been the Jose Aldo we have all come to know and respect against Conor McGregor. Just 13 seconds before his head bounced off the canvas in one of the most shocking knockouts in UFC history.

The Aldo that Frankie Edgar remembers is almost guaranteed to be the toughest fight of “The Answer’s” career. That’s because he’s already lost to Aldo once and the winner of this fight likely gets the next crack at McGregor for the unified featherweight title.

Aldo is on record saying that he won’t retire before getting another shot against the Irish sensation, making his matchup with Edgar must-see TV. The ferocious Brazilian defended his featherweight crown seven times before losing it to McGregor. Edgar is on one of the best runs in MMA, winning his last five fights since the loss to Aldo. 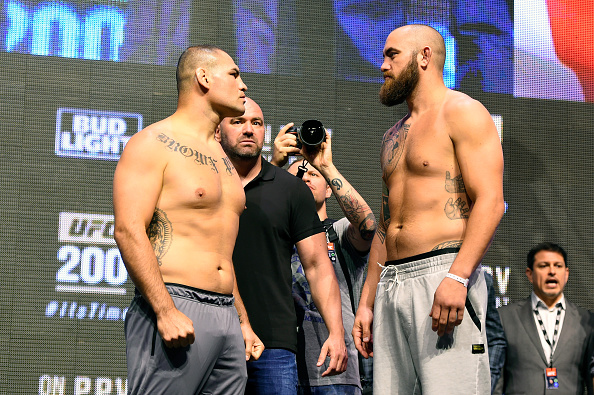 5. Ready to get back on track

There isn’t a bad fight on the UFC 200 card. Seventeen of the 24 fighters are ranked in their division and nine of the 24 are former or current UFC champions.

There are five fighters who have everything on the line when they take part in the biggest fight card in company history.

Cain Velasquez is back after dropping the heavyweight title to Fabricio Werdum. He takes on Travis Browne in a great stylistic matchup – wrestler vs striker. Browne called it the toughest matchup at heavyweight for him and Velasquez is desperate to get back in the title conversation.

Former welterweight champion Johny Hendricks seems to be in a different lifetime nowadays. Far removed from his short reign as 170-pound champ, Hendricks is coming off a TKO loss to Stephen Thompson. The road doesn’t get any easier with Kelvin Gastelum on the FS1 prelims.

TJ Dillashaw still thinks he won his title fight against Dominik Cruz and he even thought he was passed over for what should have been an immediate rematch in favor of Cruz vs rival Urijah Faber. Now Dillashaw faces Rafael Assuncao and he’ll look to avenge a loss against the Brazilian earlier in his career.

Cat Zingano never held the women’s bantamweight title. She fell short and was submitted in just 14 second against longtime champion Ronda Rousey. She’s back for the first time in over a year and takes on one of the toughest challenges in the weight class in Julianna Pena.

And finally, “Super” Sage Northcutt, healthy and as vibrant as ever, looks to bounce back from the first loss of his career after being forced to tap out last time out. The young phenom is sure to bring the entertainment when he faces Enrique Marin to open the FS1 prelims.