Conor McGregor isn’t just in the process of making history; the Irish-born superstar has changed the game of MMA.

But Rafael Dos Anjos got injured and Nate Diaz stepped in to take on McGregor at 170 pounds in what’s been dubbed “the money fight.” So not only is McGregor moving up, he’s skipping 155 pounds completely. McGregor vs. Diaz is our No. 1 reason to watch UFC 196 on Pay-Per-View.

McGregor and Diaz have been on a collision course for months. Diaz called out McGregor after his last win and planted the seed in fans’ heads about a potential dream matchup. Just two months later that dream is a reality.

The fight itself would be enough to get everybody jacked up, but it’s the verbal warfare that makes it more appealing. McGregor and Diaz began the battle of barbs at a pre-fight week press conference in Torrance, California last week and it was gripping.

In typical Diaz fashion, the Stockton bad boy brushed off every McGregor attempt at an insult, while the featherweight champion brought his usual creative arsenal. The talking game promises to be a highlight of fight week.

But once the Octagon door closes, McGregor now faces a different challenge than he’s ever had in the UFC: a bigger opponent. At 145 pounds, “The Notorious” has towered over his foes, but Diaz has the size and reach advantages and he believes that will give McGregor trouble.

McGregor has the highest knockdown rate (2.31 per 15 mins.) in UFC/WEC featherweight history and his power and precision have produced six KOs in seven UFC fights. Diaz is known for his boxing and willingness to stand and bang. He holds the UFC record for significant strikes landed in a single fight with 238, which came in his win against Michael Johnson. His world-class jiu-jitsu may also present problems for McGregor if the fight goes to the mat. 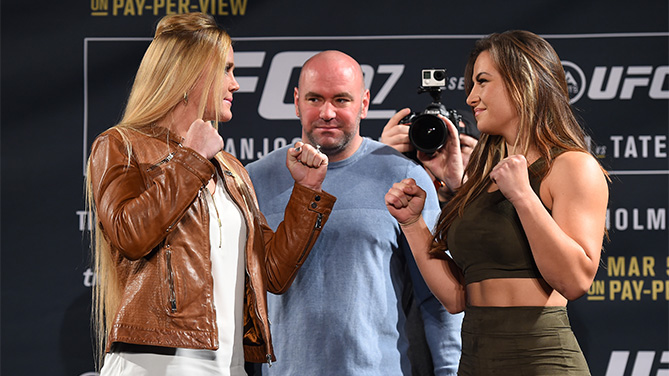 No woman other than Ronda Rousey has ever defended the UFC women’s bantamweight title – until now.

Holly Holm takes on her first challenger for her newly-won title when she battles Miesha Tate in the co-main event of UFC 196.

This is a different fight than Holm fought back in November 2015 in Melbourne, Australia. Holm was the massive underdog against the former undefeated champion, but against Tate she will be a considerable favorite. And after the vicious KO versus Rousey, the betting odds are not a surprise.

But Holm has said herself in the lead up to the fight that Tate is an entirely new puzzle for her to solve and arguably a more challenging fight. Tate has a more wrestling-based game and offers a more dangerous striking arsenal than Rousey.

Is Tate’s wrestling and striking enough to take out Holm, who has arguably the greatest striking in the history of the sport for her weight class?
UFC 196 Free Content: Free Fights - McGregor vs. Chad Mendes, McGregor vs. Diego Brandao, Diaz vs. Takanori Gomi, Diaz vs. Gray Maynard, Holm vs. Ronda Rousey, Tate vs. Jessica Eye, Sanchez vs. Clay Guida | KO of the Week - Erick Silva vs. Luis Ramos, Tom Lawlor vs. Jason MacDonald 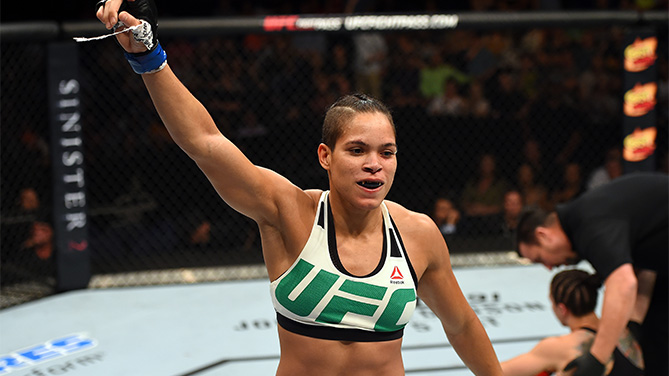 Before a pair of light heavyweight scraps, one of the biggest fights on the card goes down between No. 4-ranked Amanda Nunes and No. 11-ranked Valentina Shevchenko. A win for the Brazilian and she has a solid case to be next in line for a title shot if Rousey needs more time, while a victory for Shevchenko would be a wake-up call to the division that the next big thing is here.

Known for her world class jiu-jitsu, Nunes has really developed as a striker. And that’s where Muay Thai specialist Shevchenko will want to test Nunes. 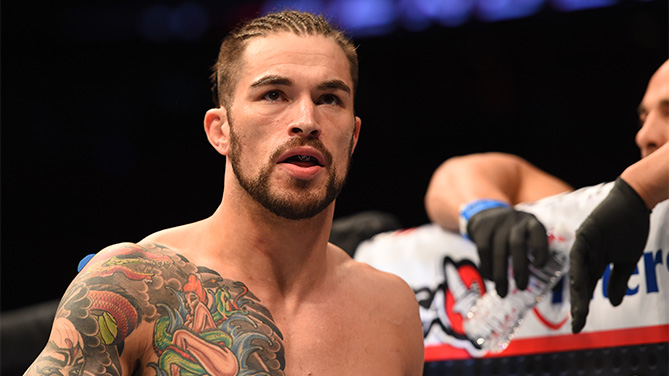 Even before we get to Pay-Per-View at UFC 196, the two featured bouts on the FS1 prelims are great matchups with the potential of fireworks.

Both in the welterweight division, first Erick Silva takes on Nordine Taleb then Brandon Thatch returns from injury to take on Siyar Bahadurzada.

Silva has been one of the most entertaining fighters at 170 throughout his four-plus years in the UFC. He takes on Taleb, who competed on The Ultimate Fighter: Nations season and has won three of his four official UFC bouts.

Thatch had two straight first-round KOs before running into tough matchups against Benson Henderson and Gunnar Nelson, where he was forced to tap to both guys. He’s looking to get back on track and is finally fully healthy and ready to let his punches fly once again. 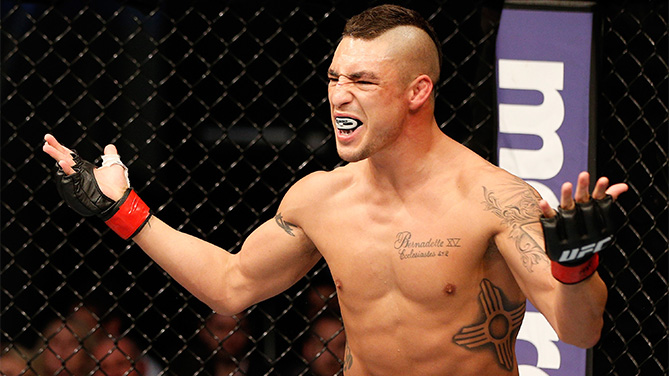 Whenever Diego Sanchez’s name shows up on a fight card that bout usually shoots to the top of the list of Fight of the Night candidates.

Sanchez takes on veteran Jim Miller in his return to the lightweight division.

Sanchez is one of the biggest fan favorites in all of the UFC and is never in a dull fight. Miller has lost three of his last four fights, but he’s faced only top contenders at 155 pounds. Both guys will likely leave everything in the Octagon to get back in the win column.