Hot off a thrilling, finish-heavy card in Pittsburgh, The UFC returns with its second event in under a week at the historic Saitama Super Arena in Japan, and this one packs as much promise as its predecessor. There is little mystery as to why this is the UFC's fifth visit to Saitama, as the fights in this building have been nothing short of historic.

Here are the reasons to watch UFC Fight Night: Saint Preux vs Okami.

With both fighters firmly in the top five of the women's strawweight division, Claudia Gadelha and Jessica Andrade wouldn't ideally want to leapfrog a fellow Brazilian to get their chance at the strap. Both women have champ Joanna Jedrzejczyk in their sights, but will have to run through one another if they are to get there. For the conflicted fans of their native Brazil, the matchup is an intense meeting of two of its most beloved fighters.

For Andrade, however, choosing a side to root for should be easy. With Gadelha recently relocating her camp to the USA, she feels she's the only fighter representing their homeland in Japan. As she recently told E. Spencer Kyte “To me, it’s like facing an American opponent. The one representing Brazil and our scene will be me.” 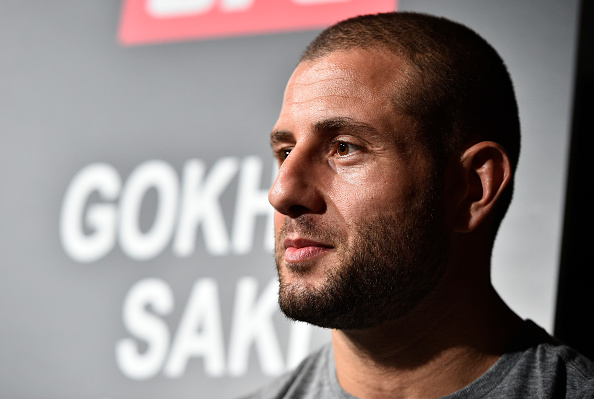 There is truly no precedent for the level of excitement surrounding the UFC debut of a fighter whose professional MMA record is 0-1. But in the world of kickboxing Gokhan “The Rebel" Saki is nothing short of a rock star, and a dominant one at that with a record of 83-12.

Having acheived all that sport has to offer, and exhuasting all of its challenges, Saki is hoping to bring a similar level of domination to The UFC. Many fighters have held similar aspirations, but few of them carried his toolbox of violent punching combos and heavy, brutal leg kicks. He also clearly understands the fight promotion game, with a larger than life persona that could quickly make him a fan favorite in the MMA community if he can pair it with some convincing wins.

Oh, and that one professional MMA loss? It was back in 2004, fought on a whim with Saki not even knowing what the sport of MMA was. Win or lose, his experience in The Ocatagon will be profoundly different. 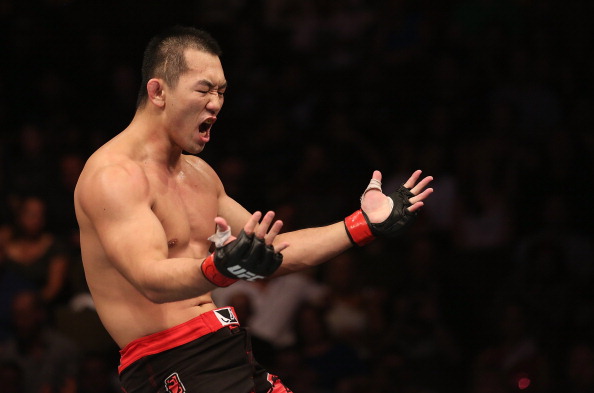 A last minute replacement to your main event never registers as good news for fight fans, but if it has to be done, the UFC return of Yushin "Thunder" Okami (subbing for Shogun Rua) is about as intriguing as it gets.

Okami was a well-respected, top ten middleweight when he departed the UFC back in 2013, and has continued to make noise and remain a fan favorite in other promotions. On less than a week's notice, he jumped at the chance to return to the UFC and immediately will present some interesting challenges for his opponent Ovince Saint Preux.

Both fighters are southpaw, and Okami's counter-striking game is fierce when he comes forward with his jabs. Further, Saint Preux doesn't do his best work against the fence, a place where Okami traditionally tilts the momentum in his favor.

His UFC homecoming couldn't have come before a more favorable crowd in his native Japan. Look for a historically restrained audience to vocally back their local hero.

A Chance To See A Living Legend 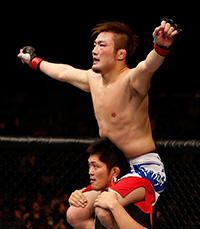 At age 39, Takanori Gomi has been a fixture in professional MMA since 2004. As a bonafide star of the PRIDE, he still owns the longest string of wins in that promotion (10), and his fights there are still studied and revered by newcomers and hardcore fans alike.

With a professional record of 35-13, 1 NC Gomi has already forgotten more fights than most current pros will ever participate in. The last couple years of his UFC career haven't been his most memorable, and it's not hard to imagine that the end will come sooner than later, but he still brings a frenetic, boxing-based style that turns nearly every match into a full-on brawl. If this is one of our last chances to see "The Fireball Kid", particularly in a setting as perfect as Saitama, we should soak in every sweet second.

Steve Latrell is a digital producer and writer for UFC.com. Follow him on Twitter at @TheUFSteve
Save