Derrick Lewis and Travis Browne have been traveling in opposite paths the past year. For Lewis, a win in Halifax would mark his sixth straight and move him closer to a title shot than he’s ever been before. For Browne, after a dominating performance in Boston to defeat Matt Mitrione, the heavyweight vet has dropped two in a row and slipped down the rankings.

With some desperation on the line for each fighter, it makes the main event on Sunday a must-watch for those interested in the future of the heavyweight division.

These are the Reasons to Watch Fight Night Halifax.

Sunday shapes up to be the biggest night of Lewis’ career. A six-fight win streak - which includes victories over opponents Gabriel Gonzaga, Roy Nelson and Travis Browne - puts Lewis directly into the heavyweight title conversation. And he knows it.

Lewis has a made a career of highlight knockouts - all but one of his eight UFC wins have come via KO – but the fight against Browne is about more than putting on a show for the fans.

“It doesn’t matter – pretty, ugly or what – I’ll just be happy to get the victory,” Lewis said in an article on UFC.com.

His last fight was everything but pretty. He wrestled and grappled with UFC newcomer Shamil Abdurakhimov in Albany with minimal action before earning the finish in Round 4. Lewis took the mic after and immediately expressed his disappointment, indicating he didn’t deserve an opponent like Browne or Mark Hunt.

He got Browne and a chance at main event redemption.

Back-to-back losses to former champs, both of whom are considered to be two of the greatest heavyweights of all time, is understandable. But Browne can’t afford a third loss in a row. Falling to Lewis would be his fourth loss in five fights and would make for an extremely difficult path if he wants another run at the title.

On the other hand, defeating a red-hot Lewis keeps Brown relevant in the division for the time being.

Can the former champ rejuvenate his career and make a name for himself among 185-pounders? 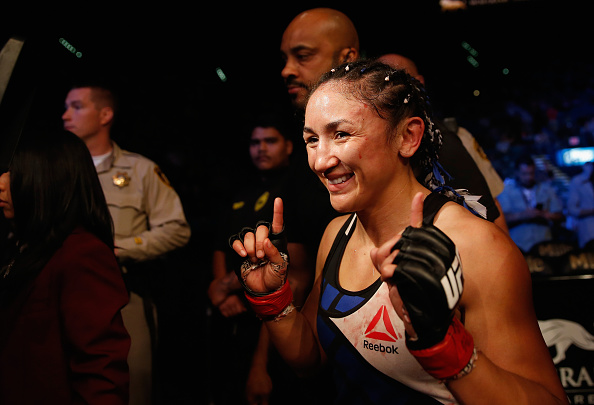 It was worth the wait as she turned in a dominating performance to defeat Juliana Lima by decision. But 10 months have passed since that bout and Esparza could use another captivating win when she faces Randa Markos Sunday.

The top of the women’s strawweight division is crowded but a win over Markos, followed by a matchup with another top contender, could put Esparza in the running for a rematch with Jedrzejczyk.