Matt “Danger” Schnell is no stranger to reality TV. As one of the featured fighters on MTV’s “Caged” back in 2012, the Louisiana native was seemingly destined for stardom, both in and out of competition. And while it’s taken a little longer than most expected, the 26-year-old has arrived as a member of The Ultimate Fighter season 24 cast.

“I think when I was younger, I probably thought that I was gonna get there a little quicker, but as I started fighting (professionally), it didn’t go my way,” he said. “I expected to start off hot – 6-0, 7-0, probably get into the UFC. But I lost a few fights early on, so I had to kind of work my way back from underneath that. As I fought more, I realized that it would take a little time, especially in the weight class and given the circumstances. I realized that I’m gonna have to be 10-2, 11-2 before I get my shot. But this is about the right time, I believe. I’ve paid my dues.”

He has. An amateur while on “Caged,” Schnell turned pro in 2012 and has since compiled a record of 10-2, with seven of those victories coming in the Legacy Fighting Championship promotion. Add in his lengthy amateur run, and Schnell has seen a lot in the fight game thus far, both in the cage and in front of the camera.

“I feel like I’ve put in a lot of time and definitely worked hard, but sometimes I still feel like I’m young in the game too,” he said. “So I know that there’s still so much to learn and I’m just trying to take it day by day. As far as media stuff goes, I feel like I’m good at that and I’ve been on a show before, so I’m probably pretty decent in front of a camera. (Laughs) So there’s that kind of experience that the show (‘Caged’) brought to me. But as far as everything else, I’m still a 26-year-old guy and I feel like I’m getting better and better, but I’m still learning and that’s what’s great about this thing.” 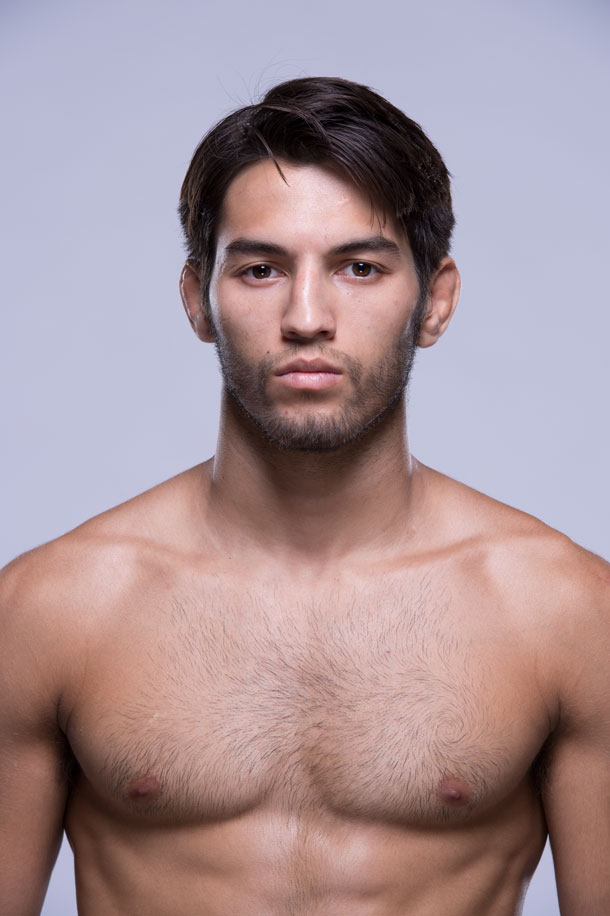 What may benefit Schnell even more is that being in the spotlight has made him a target of opponents from Day One, as they all likely wanted to pin a loss on the “MTV kid.” So he’s been in with fighters determined to hand him a beating for over four years now.

“I got everyone’s best,” he said. “That was a big subject of conversation early on in my career. I was incapable of sneaking up on guys from there on out. Once I hit that show, nobody was going to let me sneak up on them. When I was an amateur and I was traveling around and going to different places and fighting guys, I would sneak up on people. I was just some dude from Shreveport. That wasn’t possible after the show. But it was a blessing, I think.”

In some ways, it also mirrors the rise of a fellow Louisianan and a teammate on American Top Team, Dustin Poirier. The current lightweight contender also had the cameras following him for the critically acclaimed documentary “Fightville,” and as he traveled through the WEC and UFC, there were always extra pairs of eyes on him. Poirier weathered the ups and downs, kept up the grind, and now he’s one of the top 155-pound fighters in the world. Schnell appreciates any comparisons to “The Diamond,” but he also knows he has his own path he has to walk.

“I’ve known Dustin since about 2012 and trained with him regularly since then,” Schnell said. “He’s an awesome dude, so it’s really flattering to be compared to him. I definitely see similarities in our styles, and we both fight to finish and fight hard. But as far as our career paths, this dude’s been doing it since he was 20 years old. He’s been there and he’s truly a vet. I think I have a ways to go to reach that, but he’s awesome and a big inspiration in my career.”

The UFC path starts Wednesday, and though Schnell has a long road ahead of him as he competes against 15 hungry peers for a shot at Demetrious Johnson’s UFC flyweight title, he wasn’t intimidated in the slightest when the phone call to be on TUF 24 came.

“The first thing that popped into my head,” he said, “is that I belong.”