Light Heavyweight Working His Way Back To Division's Elite
By Maddyn Johnstone-Thomas, On Twitter @MaddynThomas • Oct. 29, 2021

Volkan Oezdemir has never lost confidence in himself. The ups and downs of a winning streak, title shots, and a losing skid have built the light heavyweight contender into the fighter that he is today. And while the Switzerland native still believes in himself, he knows that he always has something to prove when he steps into the Octagon.

“People look at you differently anytime you are riding a winning streak; you have more importance in the eyes of people,” Oezdemir told UFC.com. “They care more about you and all of this kind of stuff. I believe in myself and I’m doing it for myself first, for my friends and family and people that follow me, but first of all for me. Always staying strong and believing in myself was the only thing that I cared about.”

The 32-year-old understands the weight that his fight against Magomed Ankalaev this weekend brings after falling to Jiri Prochazka last July in Abu Dhabi. Overall, Oezdemir feels better heading into the bout at UFC 267. This time around, the experience is easier and more enjoyable for Oezdemir, allowing him to focus on the task at hand.

Prior to his loss against Prochazka, Oezdemir had recorded back-to-back wins following three losses in a row. Oezdemir’s last victory came in December 2019 against Aleksandar Rakić.

A victory this weekend would put “No Time” back on track to where he wants to be.

He’ll take that mentality in his bout against fellow light heavyweight contender Ankalaev, who holds a record of 15-1, with six straight wins. His lone loss came in his UFC debut against Paul Craig back in March 2018. 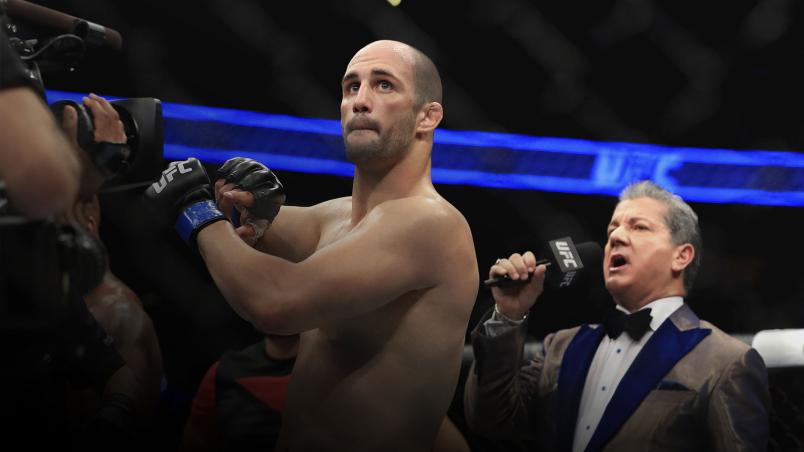 When you look at the two competitors, it is no secret that they both are going to bring the power. Oezdemir has earned 12 wins by knockout and Ankalaev has earned nine wins by the same method. The fight has the potential to be exciting and flashy, and Oezdemir is ready for whatever Ankalaev is going to bring.

“Sometimes it is all about who is ready to take the fire and I don’t think he is the kind of guy who is ready to welcome the pressure because he is a counter-striker,” Oezdemir said. “He likes to do his own pace, his own style, his own rhythm, so it can be tricky. Knockout power doesn’t mean anything, it is about the will to take on the fight and that’s where I’m standing different. This is where I’m bringing my best.” 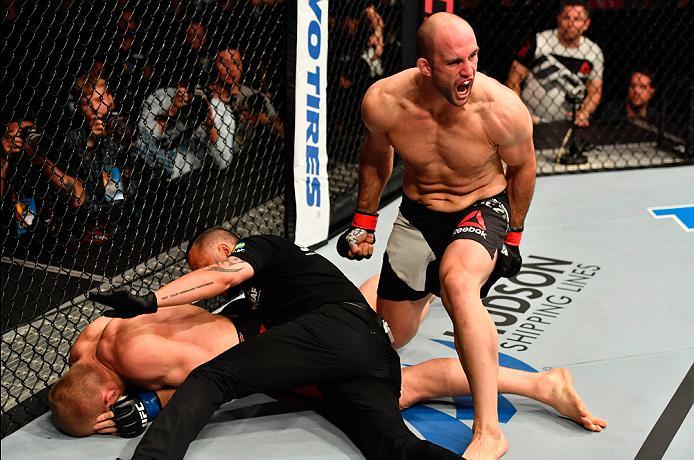 STOCKHOLM, SWEDEN - MAY 28: (R-L) Volkan Oezdemir celebrates his knockout victory over Misha Cirkunov in their light heavyweight fight during the UFC Fight Night event at the Ericsson Globe Arena on May 28, 2017 in Stockholm, Sweden. (Photo by Jeff Bottari/Zuffa LLC/Zuffa LLC via Getty Images)

Oezdemir celebrates his knockout victory over Misha Cirkunov in their light heavyweight fight during the UFC Fight Night event at the Ericsson Globe Arena on May 28, 2017 in Stockholm, Sweden. (Photo by Jeff Bottari/Zuffa LLC)

Of course, Oezdemir has done his homework on his opponent, pointing out his patience when it comes to striking. However, none of that matters for Oezdemir. “No Time” plans to take control in the Octagon and set the pace for the type of fight he wants.

The light heavyweight title is on the line this weekend between Jan Blachowicz and Glover Teixeira. Fighting for the title is a place that Oezdemir has been before and somewhere he wants to be again. Oezdemir sits ranked No. 8 in the division, and a statement win over Ankalaev would be the first step to earning another title shot.

For him, a solid win this weekend would be one that him, his coach and his team are proud of.