Ready for Prime Time - Gastelum Subs Ellenberger in One

Unbeaten welterweight Kelvin Gastelum scored the biggest win of his MMA career in the UFC 180 co-main event at the Arena Ciudad de México in Mexico City Saturday night, moving from prospect to contender in emphatic fashion as he submitted longtime 170-pound standout Jake Ellenberger.
The first half of the opening round was a striking contest, with Gastelum landing some solid shots, but Ellenberger making the most noise with a flush 1-2 to the jaw from close range. Gastelum took it well, but it may have prompted him to take the fight to the mat, which he did with success, scoring with some hard strikes while in the top position.

Ellenberger fought back to his feet with a little over a minute to go, but Gastelum continued to press until he was sent to the canvas. In the midst of a scramble though, the former Ultimate Fighter winner sprang into action, took Ellenberger’s back and sunk in a tight rear naked choke that forced the Nebraskan to tap out at 4:46 of the round.

Gastelum ups his record to 11-0 with the win; Ellenberger, who has now lost three straight, falls to 29-9. 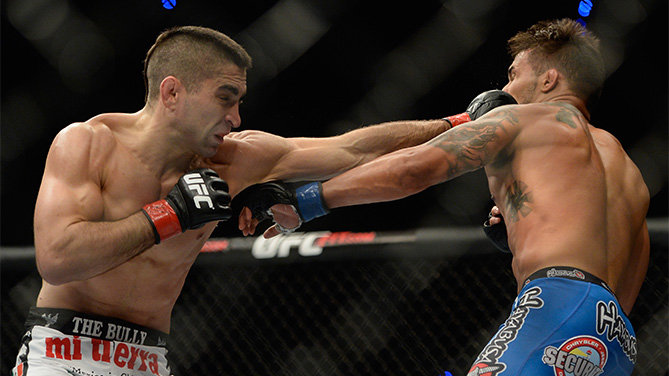 Bermudez (15-4) looked sharp at the outset, but Lamas was never too far behind, first getting on the board with a kick to the body that scored a flash knockdown, and then getting a more substantial knockdown with a left jab to the head. Bermudez tried to shoot for a takedown as Lamas rushed in, but “The Bully” sunk in a deep guillotine choke and that was all she wrote, with Bermudez tapping out at the 3:18 mark.

Lamas (15-3) has now won two straight since his decision loss to champion Jose Aldo in February. 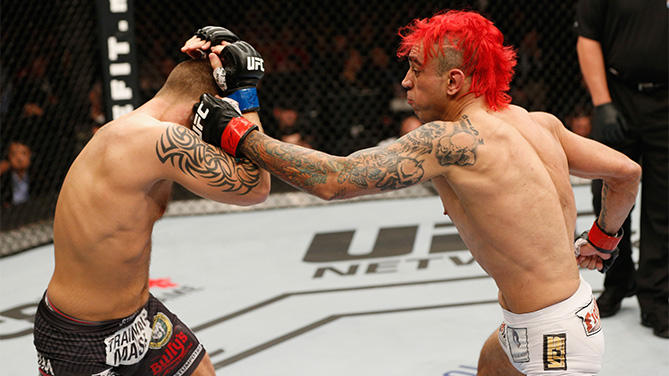 Heatherly used a looping right hand to set up his first takedown in the opening minute, but Montano used a busy attack from his back to escape to his feet. Neither fighter was able to do much for a spell, but just past the midway point, Montano got Heatherly against the fence and fired away with a series of strikes.

Heatherly avoided any serious difficulty, going on to rock his opponent with an uppercut moments later. With under a minute left though, Montano again rushed Heatherly to the fence, and this time a series of unanswered knees brought in referee John McCarthy to stop the fight at 4:50 of the round. 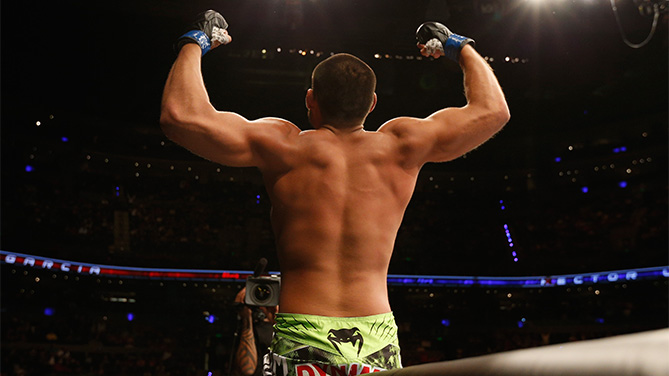 The two sluggers spent much of the first half of the round on the mat, both having moments of success with various submission attempts. As the two rose with less than two minutes left, they remained locked up against the fence, and this time Urbina made good with his submission attempt, sinking in a guillotine choke that produced a tap out at the 3:38 mark.