When asked who he would most like to face in the Octagon, middleweight great Anderson Silva was fond of saying his clone. Bantamweight Ray Rodriguez nearly got that chance…and maybe he did when he fought Ray Rodriguez in February 2013.

“You know what's crazy about that,” begins Rodriguez.

Well, Ray, everything is crazy about that, but please continue.

“The commentator was Michael Schiavello and he just stopped calling us Ray Rodriguez,” he laughs. “I think he just called one red and one blue because not only did we have the same name, but we had the same haircut, same tattoo, a full sleeve, probably had the same credit score.”

Rodriguez laughs, and for the record, he left Cowboys Dancehall in San Antonio with a first-round submission win that night, lifting his pro record to 3-1. He was 25 at the time and fresh off a six-year stint in the United States Army, where he discovered MMA and became an Army Combatives instructor.

“When I started, I was really big into lifting weights, so the only reason why I was doing it (MMA) was to lose weight and get in shape and I felt like I had a knack for it,” he recalls. “I was stationed in Europe and we had the AFN Network, so we would get the fights for free but would have to stay up until 3-4 in the morning to watch a card. I still distinctly remember going and hanging out at a bar somewhere and then coming back to the barracks and having to stay up an extra couple hours to watch the fights and telling my friends that I'm gonna be there one day. It's kind of surreal, the journey that it took to get here. I think it was always the goal. Once I started, it was initially for fun, and once I started competing, I knew that I had some skill in it, so I knew I wanted to be in the UFC.” 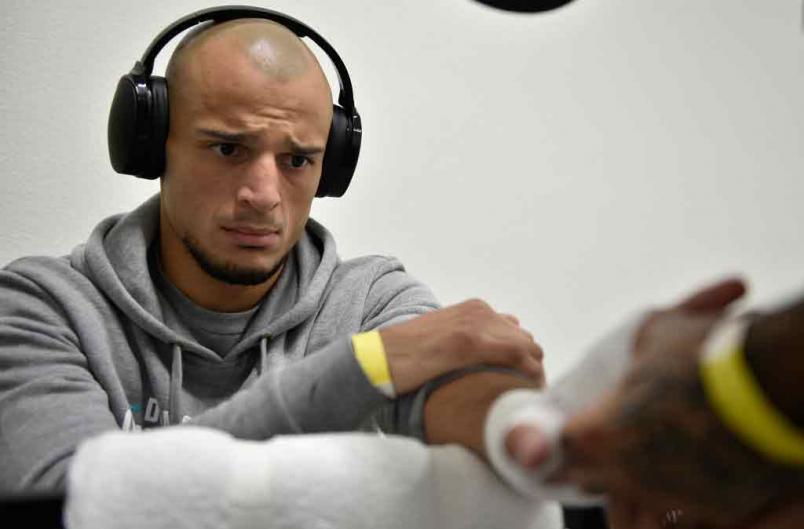 Ray Rodriguez has his hands wrapped prior to his fight during Dana White's Contender Series week 8 at the UFC Apex on August 13, 2019 in Las Vegas, Nevada. (Photo by Chris Unger/DWCS LLC/Zuffa LLC)

Ray Rodriguez has his hands wrapped prior to his fight during Dana White's Contender Series week 8 at the UFC Apex on August 13, 2019 in Las Vegas, Nevada. (Photo by Chris Unger/DWCS LLC/Zuffa LLC)

And now he’s here, eight years after fighting his clone and preparing to face Brazilian veteran Rani Yahya on Saturday night in Las Vegas. It’s the second Octagon appearance for the 33-year-old Rodriguez, who came out on the wrong side of a submission against Brian Kelleher in his UFC debut in September, but it’s fair to point out a bit of an asterisk on that bout, as “The Judge” did only take the fight on two days’ notice.

“And not only that, a lot of people don't know that I got the call with two days' notice, but I didn't know I was gonna even fight until less than 24 hours' notice because Kevin Natividad, whenever I landed in Vegas, they said he was gonna fight after all because he passed the COVID test.”

Ultimately, Rodriguez got the nod to face the New Yorker, but it didn’t go well for the Texan, who took the loss hard, but bounced back quickly.

“It took a little while, maybe a couple weeks,” he said. “But I think the situation we had going into the fight, it was a tough situation. The goal obviously every time we step into that cage is to come out with the W, but two days' notice is rough. And in the fight, I made a mistake and I got caught. But it's not something that's haunting me. I dealt with it, licked my wounds and it's on the backburner now. The goal now is to focus on myself moving forward and with a matchup against Rani Yayha, I think once we get this W, that propels us to the top 25. Rani Yahya's been around a long time.” 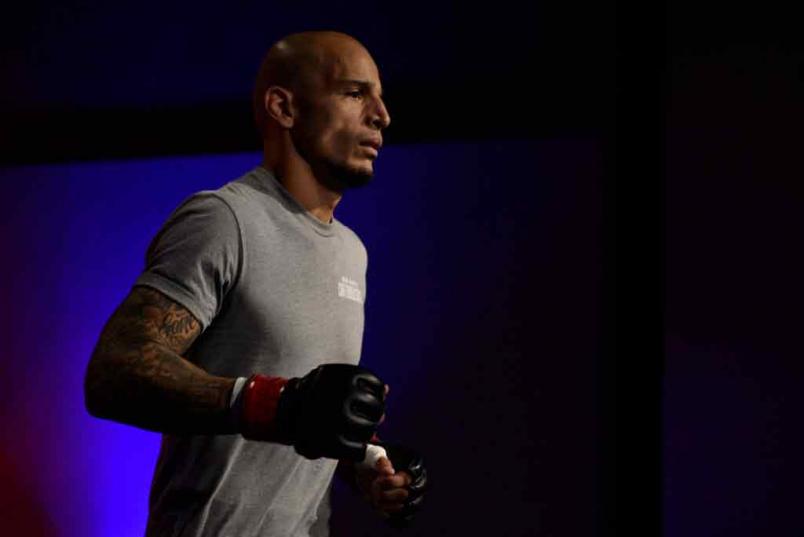 Yahya is also one of the premier grapplers in the game, and while you might think battling it out on the mat would be an enticing prospect for a fellow jiu-jitsu black belt, Rodriguez is after a win on Saturday, not bragging rights.

“We have to think about the risk to reward ratio,” he said. “So, if we get to the ground, the chances of us potentially getting caught go up significantly. But if we stay on the feet, he's never knocked anyone out before and I've heard he's working on his boxing and stuff like that, but there's not a lot you can learn in such a short amount of time, and I feel like once we stick him a couple times, he's gonna start shooting and go back to his comfort zone. And once we take him out of his comfort zone and force him to strike a little bit, I think we'll start breaking him down little by little. If it goes to the ground, though, it's not something I'm gonna completely disengage from. We're respecting his ground game, but I'm not afraid of it, either.”

Add in a full training camp, and Rodriguez is confident that the second time around will be a winning one for him. Then again, nothing is ever completely perfect, and there was the winter storm that hit the Lone Star State hard in February.

“When I was in the Army, I was in Europe for two years, so we got a lot of snow over there, but they're used to it,” Rodriguez said. “They have things to help mitigate the chances of people getting in wrecks and stuff like that. Here in Texas, people didn't know what to do. It was wild. It was a movie. The lines for the grocery stores were like a quarter mile long, no restaurants were open and it was rough. It was definitely crazy.”

Rodriguez and his family lost power in the first 24 hours of the storm and used a fireplace for heat until going over to his mother’s house. But there was one of those magical winter moments with his wife and two kids…at least for 20 minutes. 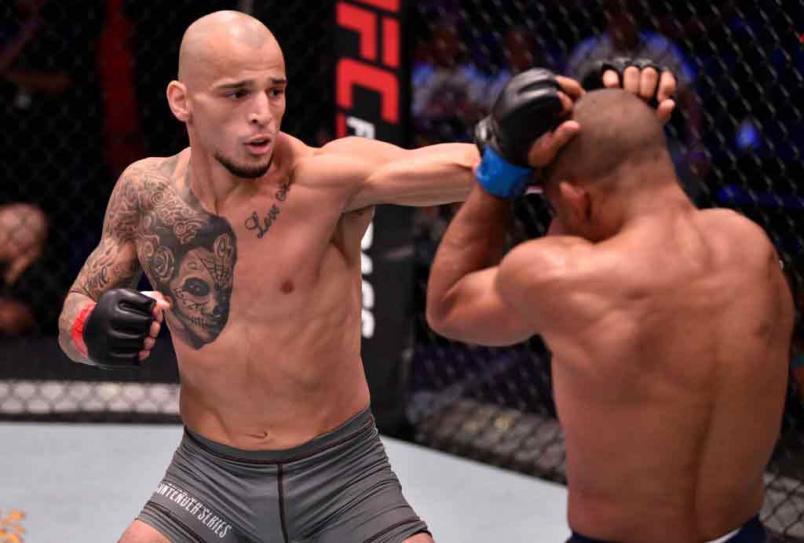 “The first day was awesome,” he laughs. “It's amazing, they'd never seen snow before. But we underestimated how cold your hands would get if you didn't have any gloves. (Laughs) It was fantastic for about 20 minutes. I told my wife, ‘Let's never do that again.’”

When the Rodriguez family returned, the power was back on but now the water was out.

“It was definitely a rough week.”

At least when the second snow blast hit, they were ready, with rubber medical gloves and beanies for the kids.

“It worked out,” said Rodriguez, who was soon back to prepping for the biggest fight of his career. And this time, he gets to enjoy the experience of being a UFC fighter.

“It feels good to be where I worked so long to get here,” he said. “It's not like I'm 5-0 and I got signed. I've been around the game and been around a long time. I've beaten a couple guys who are in the UFC already, so knowing that I deserved to be here and it wasn't gifted is a beautiful position to be in. So yeah, it feels good, and most importantly, to me, it feels good having a full training camp and going into the fight with no injuries and full of confidence. It's the best feeling in the world.”

Better than being one of a seemingly endless army of folks named Ray Rodriguez in San Antonio?

“There's too many of us,” he laughs. “It's getting confusing for the people out there.”