Ray Ready for His Sophomore Outing 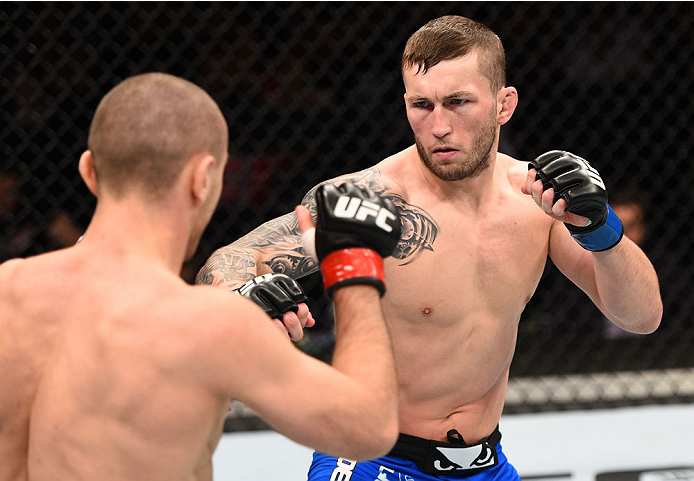 There have been scores of memorable debuts in the UFC over the years: a then-unknown Junior Dos Santos dropping Fabricio Werdum with an uppercut at UFC 90, Joe Lauzon stopping former champion Jens Pulver, Anderson Silva starting his unprecedented winning streak by picking apart Chris Leben.

Selected to replace Jason Saggo opposite Marcin Bandel after the Canadian suffered a torn Achilles in training, the 25-year-old lightweight headed to Krakow, Poland, made weight and picked up a dominant second-round stoppage win over his Polish foe and he did it all in under two weeks.

“Obviously it was always my goal to get to the UFC, but it was surreal,” Ray, who pushed his winning streak to three and his record to 17-5 overall with his debut win in April, 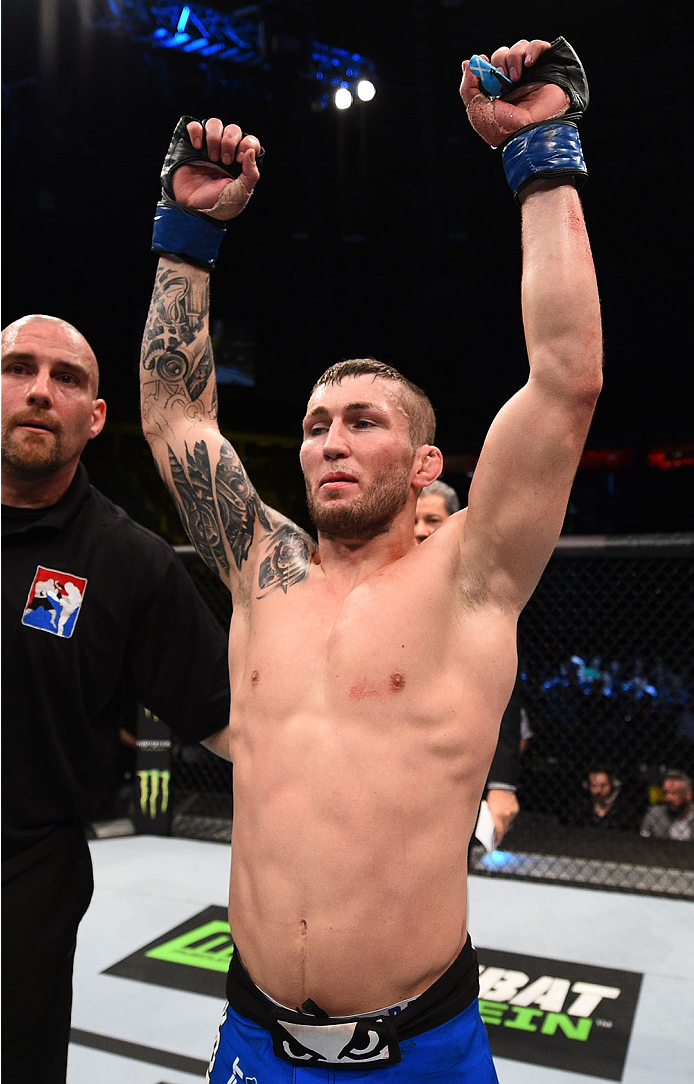 admits. “It happened so quick because I didn’t really have a full fight camp. I went in at 13 days, so I didn’t have much time to think about it. I was more thinking about making weight than it being the UFC.

“But yeah, getting the win and getting the stoppage as well is just like a dream come true, really,” he adds. “It’s a great start to my career and that’s what I’m going to keep doing and hopefully get the 50G bonuses as well.”

After his debut came and went in a blur, Ray’s sophomore appearance in the Octagon is sure to be far more memorable.

On Saturday, the former Cage Warriors champion will step into the Octagon against Leonardo Mafra on the main card of the UFC’s debut event in his home country of Scotland. The July 18 event at The SSE Hydro in Glasgow should rival last summer’s return to Dublin, with tickets having sold out in a matter of hours, and Ray can’t wait to give those Scottish fans something to cheer about.

“I haven’t really thought about it too much; I’m just really excited for it,” he says of returning home to compete for the first time in two years and doing so on the biggest stage in the sport. “I know it’s going to be a crazy atmosphere, so I’m just going to enjoy it – enjoy going out in front of all those fans, looking to put on a really good fight for the Scottish fans. It’s going to be unreal, really.”

Like several emerging talents from the United Kingdom, Ray has been making the pilgrimage across the Atlantic Ocean to spend his fight camps working with Firas Zahabi and the team of all-star coaches and fighters at Montreal’s Tristar Gym. However, unlike a few of his compatriots, the Scotsman hasn’t made a full-time move to Canada and doesn’t anticipate doing so in the future either. 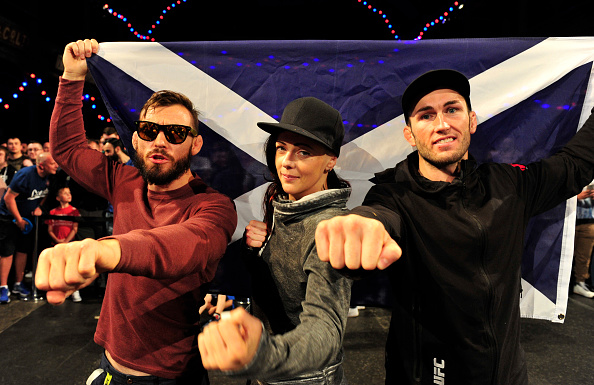 Strange as this may sound to anyone who has set foot in or spent real time in the fighter dorms adjacent to the Ferrier Street fight factory, the man billed as “Braveheart” actually enjoys his time in the cramped, college-like confines surrounded by like-minded people.

“I can’t quite remember why I ended up taking Tristar, but I just knew that it was one of the best camps that was here,” Ray says, failing to recall his original motives for making the lengthy trans-Atlantic flight to train. “I think I had seen a few UK guys head over there and I knew that I wanted to improve on my wrestling.

“I stay in the dorms, so I’m surround by other fighters that are headed down the same path and have got the same drive. It’s good to be around that all the time because at home, I’ve got kids and other stuff to deal with in between.

“This is my fourth time here, so I know the guys a bit more, I’m kind of used to it,” he adds. “I enjoy it a lot more than the first time and I’m going to try and get here as much as I can. If I didn’t have kids and a fiancée at home, I’d probably just move here full-time and live here full-time just like Joe Duffy and Tom Breese have done, but this feels like a second home now, to be honest.”

Montreal might feel like a second home, but Saturday evening, Ray will stride into the Octagon at home, and while he’s aware of what Mafra brings to the table, the Scottish 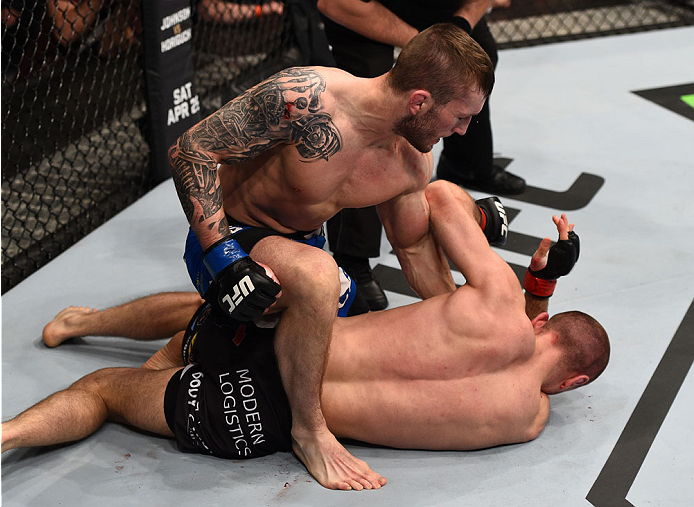 lightweight who delivered one of the best debuts of 2015 can’t wait to make the walk to the cage in front of a partisan crowd for his sophomore outing and the next most important fight of his career.

“It’s going to be an amazing feeling to go out there in front of all the Scottish fans, fight and get that win in front of everybody,” Ray, who received his call to the big leagues after back-to-back wins over former UFC competitor Curt Warburton to earn the 2-1 edge in their trilogy, admits.

“Every single fight that’s coming up is always my most important one; that’s the way I’ve seen it. I’ve always been going up, never taken a step backwards. It’s always the next step forward, always a huge fight.

“He can be dangerous anywhere, just like most fighters,” Ray offers in assessment of Mafra, who scored a unanimous decision win over Cain Carrizosa in March to collect his first UFC victory. “He’s well-rounded, he fights wild, so I just need to watch that I don’t get caught with anything. I don’t think there’s anything specifically I have to watch out for – I just have to make sure I don’t make any mistakes and get caught.”

As long as that happens, Ray’s second appearance under the UFC banner will be more memorable than is first, at least for him.