Ray Borg Insists Everything Happens For A Reason 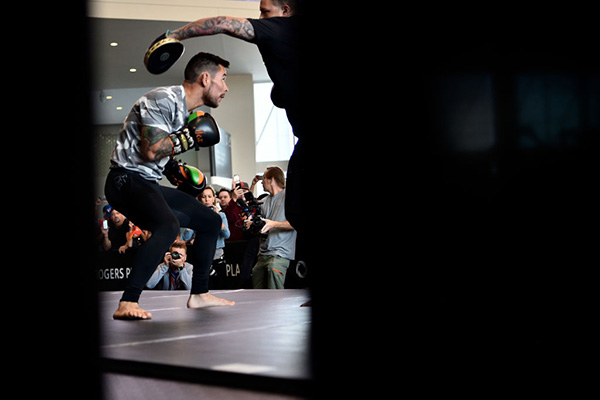 As soon as he got off the plane in Edmonton, Ray Borg knew trouble was brewing. The flu had been going around the Jackson-Wink MMA gym in Albuquerque, but the young man about to fight Demetrious Johnson for the UFC flyweight title was hoping he dodged that bullet before the biggest fight of his life on September 9.

He hadn’t, but it wasn’t going to stop him from showing up to Rogers Place that Saturday night.

“I really wanted to fight,” Borg said. “I knew Tuesday I was sick and I tried to push through it. I tried to make sure I made all my obligations and did what I had to, and then it was one of those things where it wasn’t going to happen.”

By Wednesday of fight week, Borg knew he wasn’t his usual self. 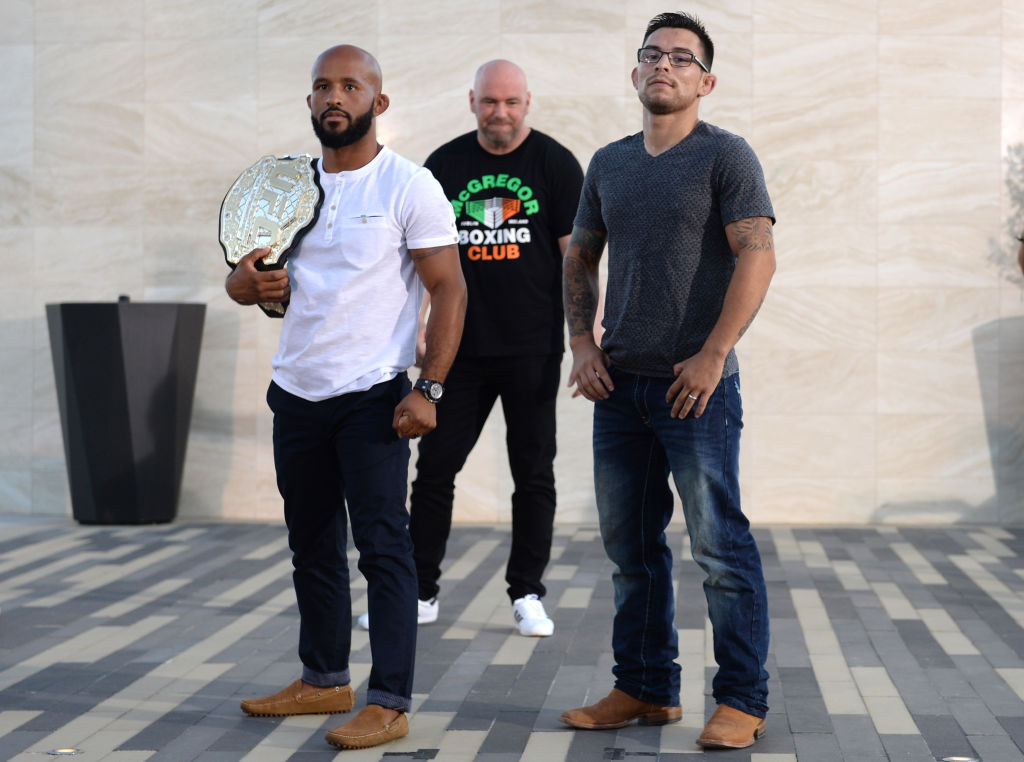 “Usually on fight week I’m super busy and super active,” he said. “I like to walk around and hang out, but all I did was sleep whenever I had a break. I had never done that before. Then Thursday after open workouts, I was not feeling good at all.”

That night, the UFC medical team pulled him from the fight. Borg was crushed, but his spirits soon perked up twice, first when the fight with Johnson was rescheduled for UFC 216 on Oct. 7, and then when he announced that he and his wife Amanda will be expecting their first child.

“I truly believe everything happens for a reason,” he said. “Even when we don’t want things to happen, they happen a certain way for a reason, in my mind, and I believe there was a reason why it didn’t happen. I’m grateful that I still have the opportunity to still go in and fight Demetrious, but in a sense it was nice to think about my future a little bit more and get my mind off the fight (with the baby announcement) too.”

At the moment, baby registries and all that fun stuff are on the backburner. Now, he’s full speed ahead for next week’s championship bout, and while he isn’t happy that the UFC 215 match was postponed, going through fight week the first time did give him an idea of what it will be like when he hits Las Vegas.

His time in Edmonton also gave him an up close view of the champion when the two faced off for the press. 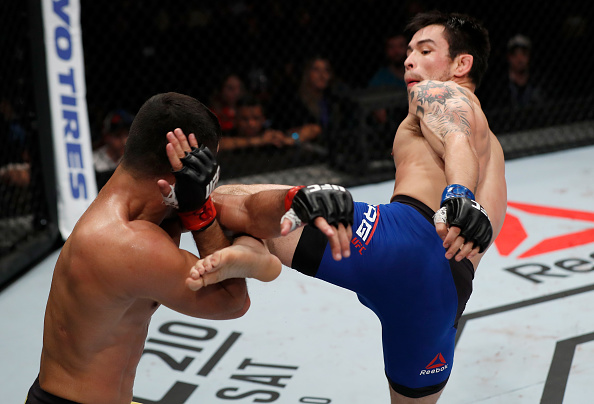 “I really felt like when I looked at DJ this time around, I sensed a little bit of nervousness in him,” Borg said. “I think he knows how much of a real deal I am. The outside world doesn’t know, but my team - and I think DJ’s team - knows that this fight can easily take a turn for the worst for him. I really feel like he has that inner respect for me and for this fight.”

“Giving me a few extra weeks to prepare was good for me and unfortunate for DJ,” he said. “We found a few more things we can use in our favor, a couple more holes to exploit, so I believe it was a good thing.”