Rashad Evans Risked It All On TUF

Rashad Evans took a chance and bet on himself when he decided to fight in a heavier weight class during Season 2 of TUF
By Walker Van Wey • Jun. 2, 2020

A dream 13 years in the making led Rashad Evans to risk it all in a heavier weight class in front of the world.

After the success of the first season of The Ultimate Fighter in 2005, the UFC was back for season two, this time putting heavyweights and welterweights to the test. With a roster nowhere near the size it is today and no guarantee of TUF 3, 205ers who didn’t make the cut in season one were left with few paths to the UFC other than keep pushing for buzz in the regional circuits.

A 5-foot-10 wrestler, Rashad Evans from Michigan State University walked into the TUF house undersized, undefeated and ready to put his heart and skills against the size and strength of much larger athletes who had made a career out of heavyweight slugfests.

“It was only the second season and I didn’t know if there would be another chance to make it on at 205,” Evans said. “I was like, if there’s an opportunity right now, I better take it. At the time I was training with bigger guys, so I wasn’t afraid of heavyweights.”

Sub-220 pounds in each of his fights, the natural 205er came to each fight knowing that with few major markets available, one rogue punch had the power to hide him from the MMA dream for good. However, it wasn’t the knockout he was worried about.

“Honestly, being knocked out by those guys never crossed my mind,” Evans explained. “I never thought about it one time. I was always more nervous about them being on me and me not being able to get them off of me.”

Evans was baptized by fire in the first taste of TUF when his evaluation day partner outweighed him by 30 pounds.

“They wanted us to rotate with a partner and my partner was Mike Whitehead, so I had to wrestle with him for 30 minutes,” Evans recalled. “A wrestling match is only six minutes because it’s hard and I was paired up with Mike Whitehead, the best wrestler on there, for 30 minutes. He got me in positions that were exactly what I was afraid of.” 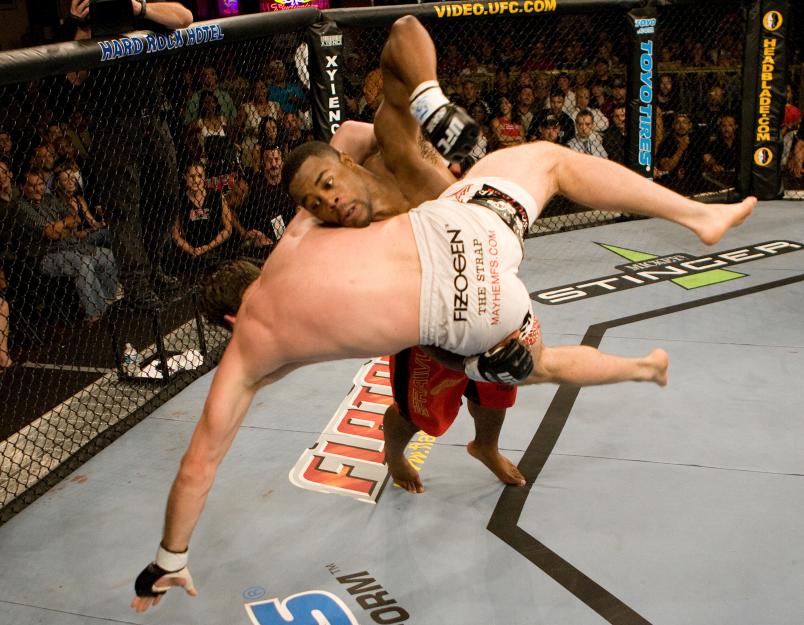 After making it through the torturous evaluation day, Evans was the ninth pick overall for Team Franklin. While the “hard part” was over, it was now an every day task to put himself in the positions he feared most every day and keep weight on through the duration of the show.

While it would seem to some like a blessing in disguise to be able to gain weight for more of an advantage, it wasn’t about being able to “enjoy food” as much as he wanted. It was a matter of having the power and energy to survive six weeks of potential 265-pound opponents or not.

Finally, the time had come for Evans to step into the Octagon.

Middle of the pack pick, relatively under the radar demeanor, smallest guy in the house, the dominos were all stacked up for Evans to step into the Octagon and make a quiet splash or lose quietly.

When he was able to survive his first fight at heavyweight, he felt like he was off to the races.

“It was easier than I thought, to be honest,” Evans said. “I felt like, yeah, these guys are bigger but they’re going to get tired faster. That gave me a lot of confidence.” 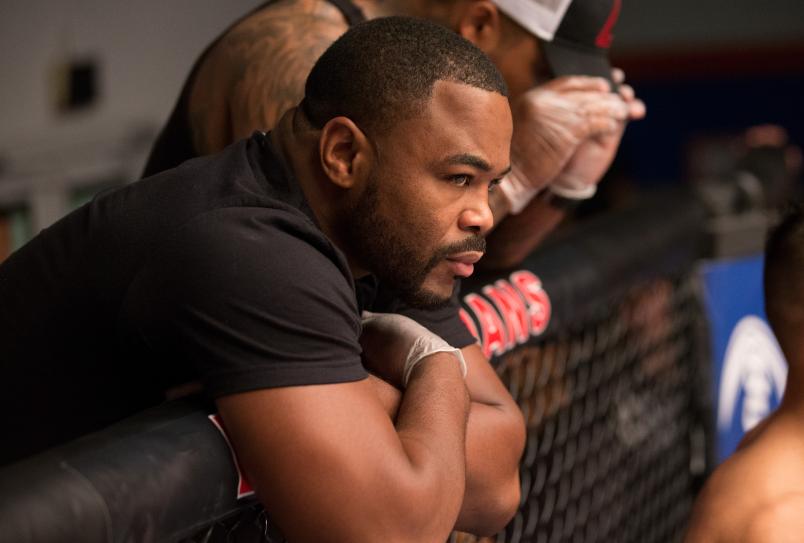 While his confidence had risen after seeing the difference in speed and physical output he was used to, the nights would bring out the mortal in Evans. After each day of training had come to an end, insomnia and anxiety would get the best of Evans. The future light heavyweight champ would go to sleep with recurring hopes and worries.

“There were so many times where I was just kind of curled up in that bed and wished that this whole experience would go the way I want it to,” Evans said. “I didn’t know if I was going to win, so I would hope that I would be able to go and at least represent myself well.”

At the time, MMA was learning how to walk in the mainstream media. There weren’t countless organizations a fighter could fall back on if the UFC didn’t come calling. Falling off the horse in a TUF performance in 2005 was almost falling off the Earth altogether.

It was no wonder Evans was never able to breathe easy all the way to his final matchup with Brad Imes.

Just when it seemed the road would get easier after taking out the first two overall picks, Evans was in the center of the Octagon staring up at his 6-foot-7, 250 pound opponent from the MMA powerhouse Miletich Fighting Systems team. With only one fight left separating him from a six-figure UFC contract, the mountain had never seemed so high.

With his hopes to stay out of a wrestling battle, as well as represent himself well firmly in mind, Evans did what seemed impossible. “Suga” Rashad won by split decision and was holding up the TUF trophy with a whole new life ahead of him.

He proved everybody and his own self-doubts wrong. The three hardest opponents to beat, Evans not only beat them but went the distance in every fight. The size, power and skill of his three opponents had proven to him that risking it all at heavyweight was the best decision of his life.

With success at both light heavyweight and now heavyweight, Evans could make a career out of either weight class, right?

“I knew immediately I was going back down when it was all over,” Evans laughed. “When Brad Imes got a hold of me and he just shook me like a rag doll, I was like, ‘Oh no, I can’t do this.’”

For Rashad Evans’ journey through TUF 2 and every UFC bout in his Hall of Fame career, sign up for UFC FIGHT PASS TODAY!