Rashad Evans Gets His Second Wind

"As a fighter, I need to compete because I love to compete. And I don’t
care how they stack them up, I think I can beat everybody in the weight
class." - Rashad Evans 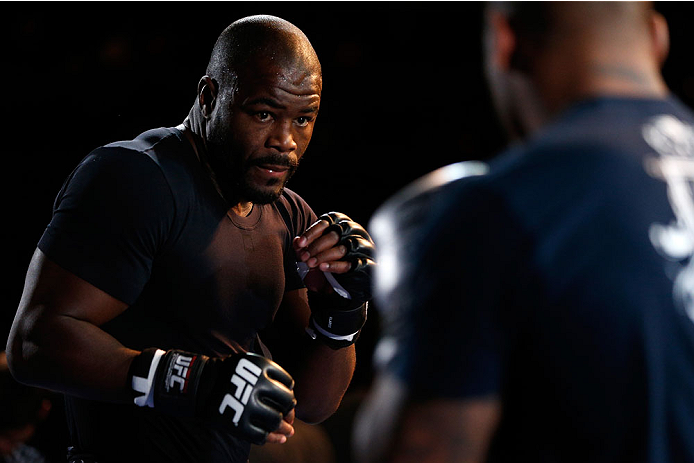 After back-to-back losses to Jon Jones and Rogerio Nogueira, Rashad Evans needed a win against Dan Henderson in June. But not just any win, but the kind he got against “Hendo,” a close, competitive three round split decision that forced him to dig deep and remember just why he does what he does for a living.

It was a rejuvenating performance for the former UFC light heavyweight champion, and a far cry from his listless decision loss to Nogueira at UFC 156 in February, one which had many questioning whether Evans’s best days had passed him by. > Watch: Evans' Favorite UFC Moment

“I wasn’t really into the whole camp, I wasn’t into training, I wasn’t into any of it, and it kind of went that way when the fight happened,” said Evans. “That was the result of a lot of things, but mostly, it was me being complacent and not understanding what a privilege and what an opportunity I was blessed with. Being able to fight in the UFC is a privilege, and every single chance I get to fight in the UFC, I need to regard it as such because it is the best organization out there and the pinnacle of mixed martial arts.”

And as Saturday night’s UFC 167 event - which celebrates the promotion’s 20th anniversary – approaches, Evans is back where he belongs in the light heavyweight pecking order and in a highly-anticipated co-main event against his friend and FOX broadcast colleague Chael Sonnen, a pairing that wasn’t expected by either fighter.

“The fight with Chael definitely came as a surprise,” said Evans. “I didn’t expect that at all, but with his last performance against “Shogun” (Rua), Chael showed that he is definitely a top contender in the weight class and I see myself as a top contender as well, so it was a natural collision that was gonna happen. Do I want to fight a friend of mine? No, but at the same time, when you’re both in the same 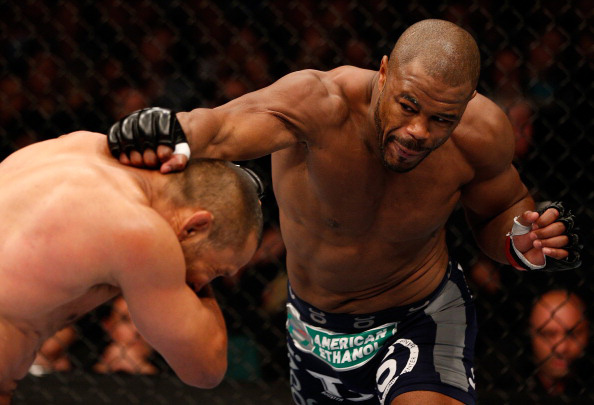 weight class and pretty much in the same position going for the same goal, it’s inevitable.”

That goal – a championship – remains unchanged for Evans, who held the belt from 2008 to 2009. But it’s not the only one, and not the be all end all for him as a fighter. That was another lesson learned earlier this year.

“I’m loving to compete again, and loving to compete means that you never have to fight for one thing, like having it all be about the belt,” he said. “And as a fighter, I need to compete because I love to compete. And I don’t care how they stack them up, I think I can beat everybody in the weight class, and that’s how I feel inside. So I don’t care how long it takes. I’m 34 years old and I’m feeling like I’m catching my second wind and doing a lot of things better that I haven’t done before, so I feel like the best is yet to come for me.

“It (talk about the belt) distracts you from enjoying competing,” Evans continues. “I can’t do this forever, and I love doing it, but one day I won’t be able to do it anymore. And the one thing I’m going to miss more than anything is just competing, so I just want to enjoy that and everything that comes with it.”

But with Jones already having beaten him in April of 2012 and the champion being scheduled for a February bout with Glover Teixeira, and a rematch with Alexander Gustafsson likely to follow should both emerge victorious in their next bouts, is Evans in no man’s land at the moment when it comes to the title picture? He doesn’t think so. > Watch: Rashad at the Bodybuilding Expo

“With the way things are, I feel like I could be two fights away from getting a title fight or being 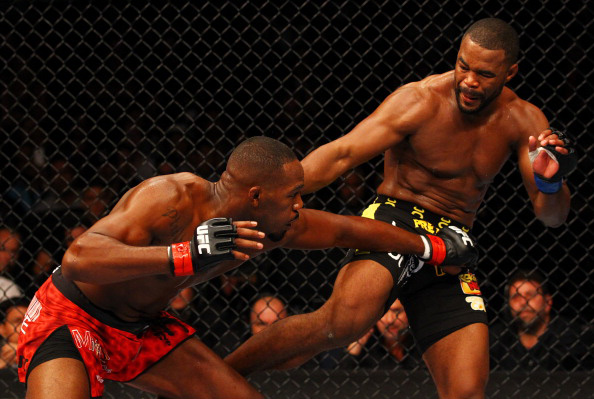 seriously mentioned in the conversation,” he said. “With a big win over Chael and another big win, I can definitely get another title shot. So it’s not too far off, and with the UFC landscape, you never know what’s gonna happen.”

This is true, but one thing that Evans will guarantee, is that on Saturday, fans will see a fight between him and Sonnen.

“I know what Chael’s about, I know the pressure that he brings, and I’m ready to meet him full on with it,” he said. “There’s gonna be no running around or feeling out process for both of us; when the bell rings, we’re gonna be in each other’s face, and I’m not getting bullied by anybody, I promise you that.”