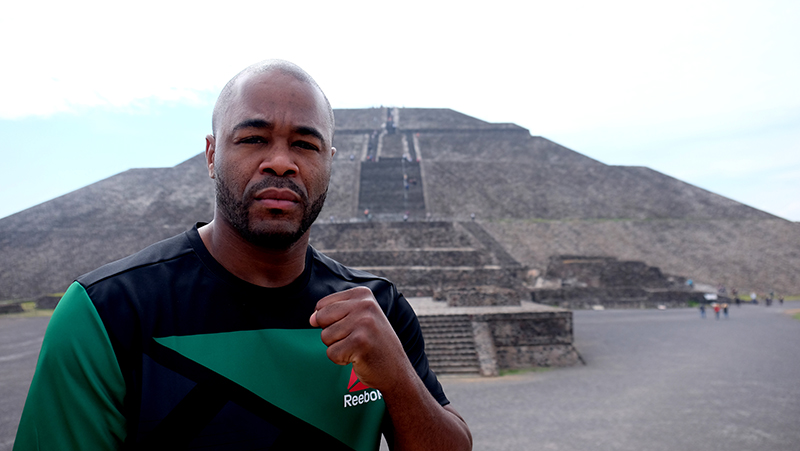 At 37 years old and with nothing left to prove as a prizefighter, Rashad Evans went to the basement to find himself before Saturday’s bout with Sam Alvey.

That basement belongs to Jerry Nappi, father-in-law of another former UFC champion, Frankie Edgar, and a home to some of the baddest men on the planet over the last several years. And it was in Toms River that Evans found his hunger again. Though not at first.

“I felt like I paid my dues already, and there I was, back in the same setting that I had back in Jackson’s,” Evans said. “The first day, I was like, ‘Man, I’m going home. I can’t do this.’ Then a little voice popped in my head, saying, ‘You paid your dues, but you gotta pay ‘em all over again. You’re never done.’”

Eventually, as Evans trained with Mark Henry and his gang of killers in New Jersey, the former light heavyweight boss saw what he was missing over the last three-plus years since his most recent victory over Chael Sonnen in November 2013.
MORE FROM FIGHT NIGHT MEXICO CITY: Fantasy Preview | Pettis to make growing pains thing of past | Three fighters On the Rise

“I’m learning to be comfortable in uncomfortable situations,” he said. “I haven’t had the comforts of home and I’ve been missing it, but at the same time, being away does something for me that I can’t get by being home. I was a fighter who reached great success being on the road and making a camp on the road and then finding comfort in it. I need to have that away feeling, that feeling that I’m fighting to get back to something.”

What he’s looking to get back has little to do with world titles or big wins. He’s done all that, from winning the Ultimate Fighter season two title to earning a world championship at 205 pounds. And despite a three-fight losing streak since the Sonnen bout, if he walked away tomorrow, his induction into the UFC Hall of Fame should follow next summer. What he’s chasing is more abstract. 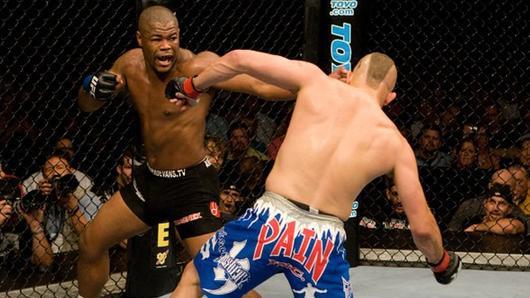 Chuck Liddell in what is one of the most iconic finishes in UFC history" align="center" />
“Fighting is a one-man sport,” Evans said. “You go into the cage and you’ve got to be mentally and physically prepared to execute. And no one can help you execute when it’s on the line but you. And I failed to do that three times in a row.

“I had a lot of bumps in the road along the way with injuries and I was just trying to recover and get back,” he continues, speaking of the time since his last victory. “And then when I got back, I just never found my form, my confidence, that bounce again.”

Henry, who coincidentally worked with Evans before the Sonnen fight, is bringing that bounce back, along with plenty of homework for “Suga” to study regarding Alvey. It’s kept Evans focused and exhausted, but he’s enjoying the process at the same time.

“Fighting is the highest of highs and lowest of lows, and those highs are high, so it’s like a junkie chasing his next fix,” Evans explains. “I’m a junkie for that feeling of accomplishment, testing myself, pushing myself to the limits, working through doubt and adversity and finding a way to get that done. And it’s hard for me to give up right now. But I know as long as I have that feeling, I’m still on the right path.”

It’s something those who don’t fight for a living will never understand. And Evans knows that and is fine with it. Most will look at him from the outside and wonder why he puts his body through this when he has done so much in the sport and has options outside of fighting. So can he try to explain it?

“I was in a place where a lot of people counted me out, I had to doubt myself at times, and I want to be in a position where I could truly walk away from the sport knowing that I did it my way and I did it consistently when the odds were against me. So no matter what I’m facing in life after fighting, I know I’ll get through it because I’ve been through it before. That’s what it’s about for me. It’s a personal thing.

“The fight hasn’t left me yet. I just pray that I leave the fight before the fight leaves me.”