Rashad Evans, one of the most decorated UFC champions in history, is the subject of the latest exclusive UFC FIGHT PASS Fightography series, available now

It's been almost nine months since Rashad Evans last stepped inside the Octagon - following the tear of his ACL in preparation for a marquee 205-pound showdown with top contender Daniel Cormier.

And with his return not expected until early 2015, the former UFC light leavyweight champion has drifted to the backdrop of a very competitive division full of hungry fighters with champion Jon Jones in their sights.

But it would be wise not to forget about Evans, the man who has wins over stars such as Chuck Liddell, Tito Ortiz, Dan Henderson, Forrest Griffin and Quinton Jackson. The former NCAA Division 1 wrestling standout has won his last two fights and is now ready to make another run at the title when he comes back.

"I want to return in February," he said on a recent episode of the MMA Hour. "That's just me giving myself enough time to make sure that I feel comfortable getting back in there because I know when I get back in there, there's nothing but tough guys in my way. I'm definitely going to have a tough fight coming back. I want to be ready for that." 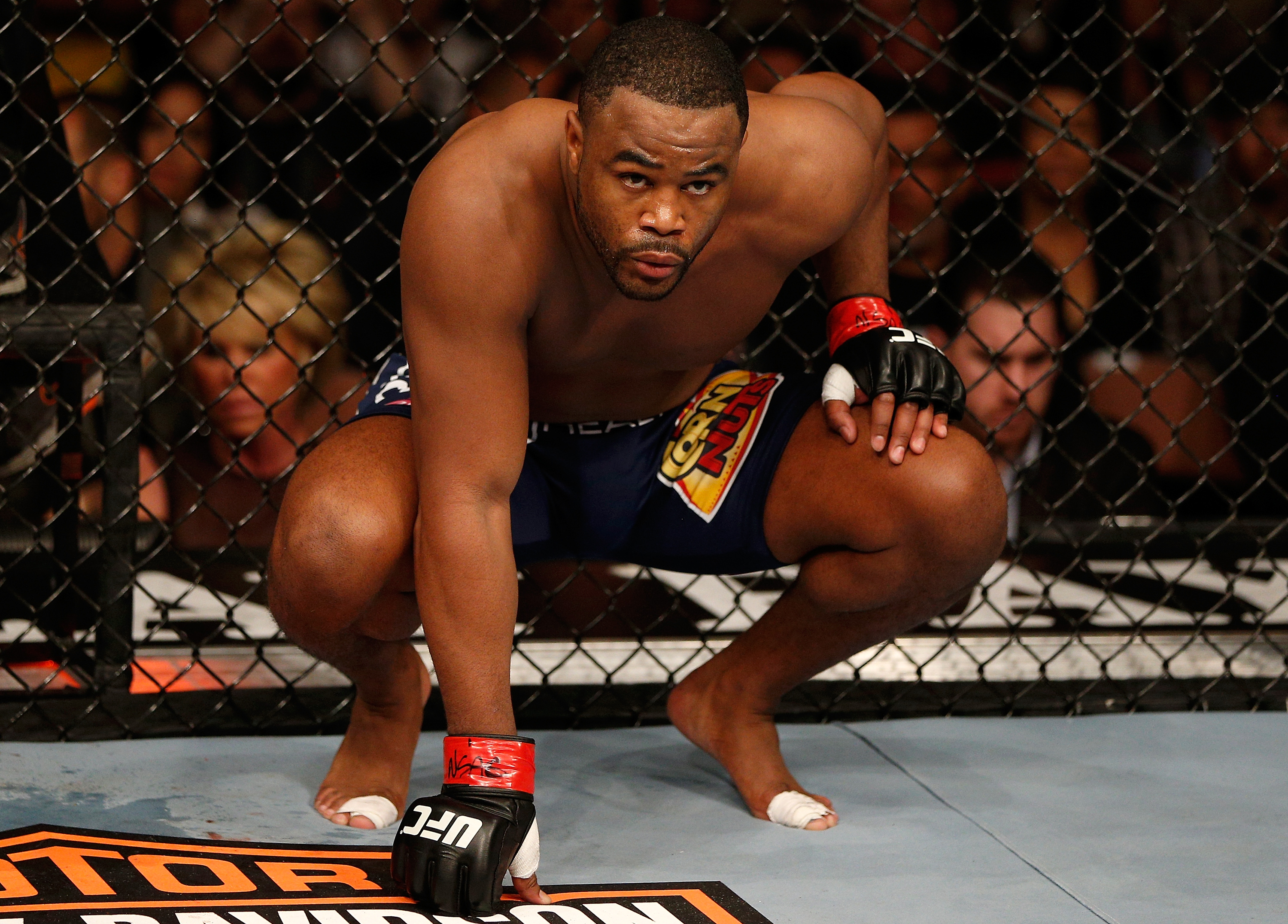 To give "Suga" fans some love while Evans continues his rehab, UFC FIGHT PASS has launched a special edition of their exclusive Fightography series, with the focus on Evans' career from his days on The Ultimate Fighter all the way up to his historic KO of Liddell.

Interestingly enough, Evans almost didn't make the cut for Season two of The Ultimate Fighter. He recalled that first conversation with UFC President Dana White in his Fightography interview.

"[Dana said to me:] 'Bro, you got to be f**king kidding me. You got to be f**king kidding me. Bro, you're f**king my size. You mean to tell me you want to be on the Ultimate Fighter show with f**king heavyweights? I had guys that had to f**king duck down just to get through these f**king doors. They're so big they can't even fit in. You're going to ruin the show because you're going to be too f**king small, you're going to get taken down, and you're not going to be able to get back up. And I'm going to have a f**king boring episode on the show because you're too f**king small to be here.'"

Rashad was demoralized, but he convinced White to give him a shot. Find out how he did it and more in Fightography: Rashad Evans only on UFC FIGHT PASS.

Evans has a long road back to the top of the mountain once he is officially back. He is currently ranked No. 3 in the official UFC light heavyweight rankings, and there are a number of fighters who seem to have dance partners or a shot at the title coming to them.

When Alexander Gustafsson returns, many expect him to get next crack at Jones. The champ said he wants "The Mauler" if he gets past Cormier to silence the critics who say Gustafsson may have done enough in the first fight to beat Jones.

> Watch: Inside The Mind of Rashad Evans

Glover Teixeira is set to fight Phil Davis at UFC 179. Evans holds a win over Davis, but said he's intrigued with the possibility of fighting Teixeira, the former No. 1 contender.

"I was thinking like that earlier and was like, 'It'd be fun to fight Glover [Teixeira] or whoever,' but honestly speaking, the way things are shaping up right now in my weight class, whoever I fight is going to be an interesting matchup because I've got a lot to prove coming back from an injury and trying to make that push for the title," Evans said. "Whoever they have up there, whoever is ready for me, whoever they're going to put me up against, I'm ready for whatever."