Coming Off Of A Yearlong Layoff, Raquel Pennington Is Ready To Return To Prove Her Dominance In The UFC Bantamweight Division
By Maddyn Johnstone-Thomas • Sep. 17, 2021

When Raquel Pennington heard that Pannie Kianzad had called her out, one thought came to mind: “be careful what you wish for.”

For the first time in over a year, Pennington will step into the Octagon and to say that the former title challenger is coming back ready to fight would be an understatement.

“It feels like it has been so long,” Pennington said. “Just having the opportunity, I’m feeling blessed and grateful. This is the moment that we work so hard for. I didn’t just put in this few weeks’ worth of camp. I’ve been putting in 14 years of work. These are the moments that I live for and I’m excited.”

During her time away, Pennington reflected and made changes that would allow her to become a better fighter, and a better person. The motion to change everything came at one of the most frightening moments. 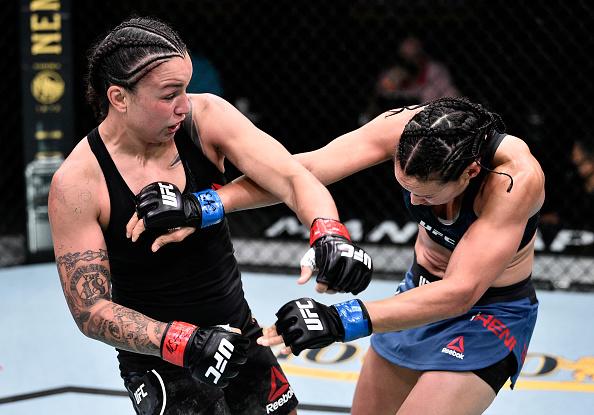 “I got sick with COVID really bad,” Pennington said. “I was in the hospital on oxygen and my body felt like it was shutting down. I remember laying there one night just like, ‘This cannot be it for me. I have so much going for myself.’ I realized the fear of not having tomorrow, as opposed to letting fear get the best of me, whether it was before I walked out to the Octagon or certain things I was doing in my life. Life is short and that’s when I decided to change everything.”

The Colorado native is ready to establish her position back in the women’s bantamweight rankings, and ultimately get her shot at the title once again. After facing some of the best bantamweights in the world, Pennington is embracing whatever comes her way.

“The ultimate goal is the world title,” Pennington said. “In the meantime, each one is a steppingstone. I think that every girl brings a challenge to the table. I don’t care if you’re the champion, number one or if you’re 50, I love challenges.”

This weekend, that challenge is Kianzad, an emerging threat in the division who is currently ranked number 12. “Banzai” is riding a four-fight win streak, with wins over Alexis Davis, Sijara Eubanks, Bethe Correria and Jessica-Rose Clark, and this could be the perfect test for Pennington to re-establish herself, with it all boiling down to a simple task.

"This fight is for me. It's just about going out there and proving everything I've worked on; mentally, physically, emotionally, spiritually."@RockyPMMA is dialed-in and ready for her Octagon return Saturday at #UFCVegas37

Last month, the 33-year-old posted on Twitter that she felt and believed that she was about to enter the best chapter of her life, a mindset that she’s taken on over the past year.

“I feel like it’s that being versus becoming. I feel like I’ve reflected a lot in the past and it’s like, oh, I miss certain times, I miss the way that my body felt, the way that I might’ve looked or been performing. I wouldn’t want to be that person again. I want to be the person that I am today. I feel like I’ve matured throughout everything…I feel ready to unleash my full potential and have fun with what I’m doing.” 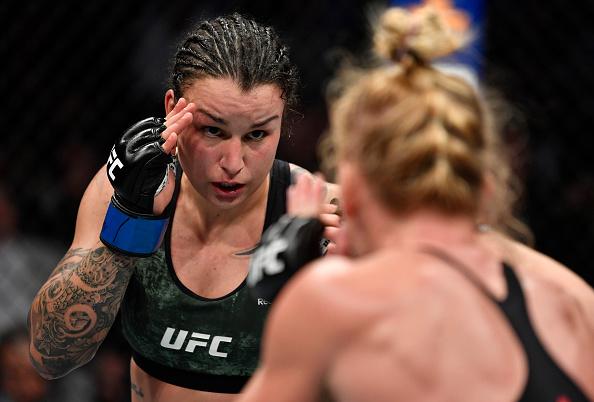 When “Rocky” steps into the Octagon on Saturday night, it is going to be for nobody but herself. Pennington knows that a free version of herself is dangerous for anyone that steps in front of her. Being able to take it one step at a time and putting all the elements together is where she envisions her success.

“It’s about going out there and proving to myself everything that I’ve worked on mentally, physically, emotionally, spiritually,” Pennington said. “Being able to have that control and keeping my composure and unleashing my full potential. That’s what I’m focused on. I feel like I’ve been in other fights where I’ve walked out and, whether it was before the fight or during the fight, I’ve held myself back in some way, shape, or form. That’s frustrating when you go back and watch. Each fight has its exciting moments and its down moments, but it’s just being me and unleashing and proving something to myself.”