Raphael Assuncao: It's Finally His Time

"Every step of my journey is a battle, but I feel I’m getting better." - Raphael Assuncao 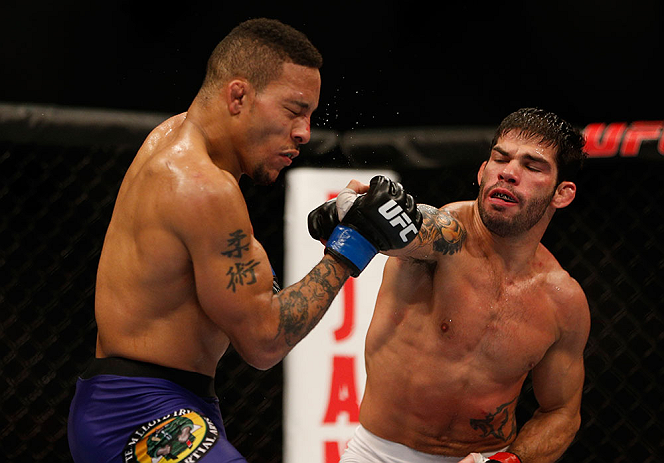 Entering their UFC Fight Night main card battle on Wednesday, bantamweights Raphael Assuncao and TJ Dillashaw are both within striking range of the 135-pound title picture thanks to identical four fight winning streaks, but for all intents and purposes, that’s where the comparisons end.

Why? Let’s just say that when Dillashaw was making his pro mixed martial arts debut in March of 2010, Assuncao was already nearly 20 fights into a career that already saw him taking on the likes of Jorge Masvidal, Joe Lauzon, Jeff Curran, Yves Jabouin, and Urijah Faber. So when it comes to experience, put that check mark in the column of the Recife, Brazil native, and he expects to show it on fight night.

“It will show up, and I’ll make sure of that,” said Assuncao. “A lot of times we forget. We’re in the cage and everybody gets nervous and anxious, but I’ll make sure that it shows up. You have to have that confidence.”

Assuncao has it, built through years of training, studying, and fighting. At 31, he has paid his dues, fought all comers, lost some, won more, and here he is, in a new weight class and among the best in the world in it. You won’t hear him shouting about it, because that just isn’t his style, and even if he extends the winning streak from four to five this week, he still won’t betray the attitude that has got him here.

“With the time I’ve put into this and the guys I’ve faced, I think it all adds up to the fact that beating my next opponent will put me right there (for a title shot),” he said. “And I always say the same thing: I’m not gonna change who I am, I’m not gonna change the way I talk or my personality. But I’m gonna be right there, and I worked for it. It’s not like, okay, there was an opening, or it was luck, or somebody got hurt. I never pulled out of a fight, I fought anybody they put in front of me so far, and I feel like I’ve grinded my way and I’m still grinding my way to that title. Everybody has their dreams, that’s why the sport’s great, and I’m no different. I just feel that all my experience is gonna add up to the point that I’ll challenge the champion.”

The way he looks at his fight with Dillashaw, these are the semifinals, with the other semi being the December bout between Dillashaw’s teammate Urijah Faber and rising star Michael McDonald. The eventual end result? A fight against either interim champion Renan Barao, sidelined champ Dominick Cruz, or the winner of a match between the two elite bantams. For Assuncao, it really doesn’t matter who holds the gold if and when he gets a shot at it, only that he gets that shot. In the meantime, he’ll keep training and keep studying all the 135-pounders that may be in his path. Why? Because it’s not just a job for him. And it never was.

“I study fighting,” said Assuncao. “For me, it’s a lifestyle, it’s part of my culture, it was my childhood, it’s everything. It’s part of my life, and it’s my history right now.” 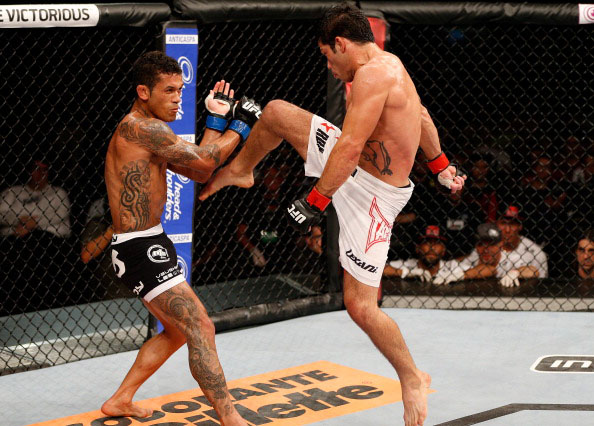 Male product. All Assuncao knows is that whatever his opponent is thinking, it won’t matter on fight night.

“I don’t know what he’s got in mind,” he said. “He’s a very talented young kid from a great camp with some good credentials off the Ultimate Fighter house, and I feel like I’m a seasoned veteran already, coming back into contention. We have something in common in where we stand right now in our weight class. He’s beaten some of the guys I’ve beaten, and I’ve beaten some of the guys I’ve beaten, but that doesn’t faze me. I’m gonna see what he does, I’m gonna see his game, and he’s not gonna surprise me. I’m gonna get that victory.”

That’s the voice of experience, and after tough losses, debilitating injuries, and all the other roadblocks that can afflict a mixed martial artist, he’s not just still standing, but he’s winning and closing in on the dream of every fighter.

“Every step of my journey is a battle, but I feel I’m getting better,” said Assuncao, whose winning streak has seen him turn back Johnny Eduardo, Issei Tamura, Mike Easton, and Vaughan Lee. “What’s that same old saying? It’s my time, my time to shine. That never gets old, and after this next fight, it’s gonna be my time.”