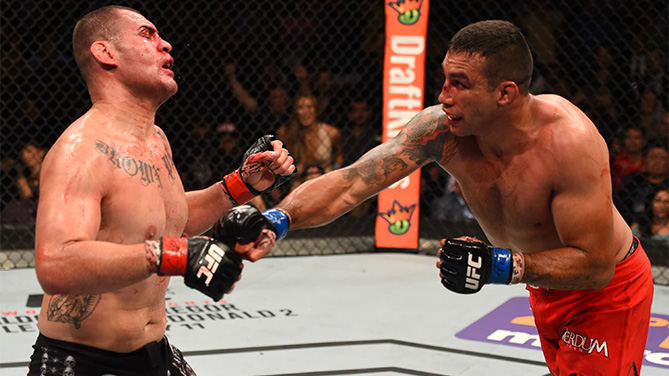 Fabricio Werdum’s upset of Cain Velasquez to capture the undisputed UFC heavyweight title at UFC 188 turned the MMA world on its head Saturday night. The outcome of the much-anticipated main event clash also shook up the official UFC rankings.
> Check out the complete official UFC rankings

Werdum, along with his new seat at the top of the heavyweight division, jumped eight spots in the pound-for-pound rankings to No. 6 in Monday’s rankings release. Velasquez plummeted six spot down to No. 10, leaving the former champ one spot behind teammate and close friend Daniel Cormier, who recently won the light heavyweight championship. 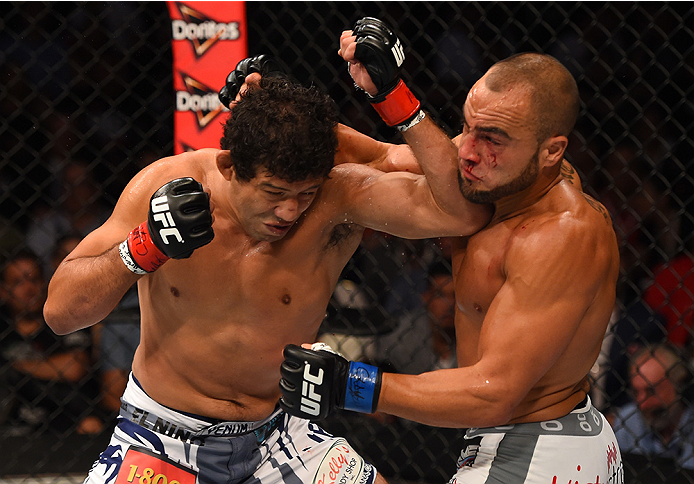 Gilbert Melendez of the United States punches Eddie Alvarez of the United Statesin their lightweight bout during the UFC 188 event at the Arena Ciudad de Mexico. (Photo by Josh Hedges/Zuffa LLC)" align="right" />Lightweight Eddie Alvarez and flyweight Henry Cejudo had arguably the most to lose in Mexico City at UFC 188. Alvarez suffered a disappointing loss in his Octagon debut, and Cejudo has been billed as the potential foil to Johnson at 125 pounds.

Both fighters picked up crucial decision victories and were rewarded in the rankings, each moving into the No. 5 spot in their respective division.