Check out the complete rankings. 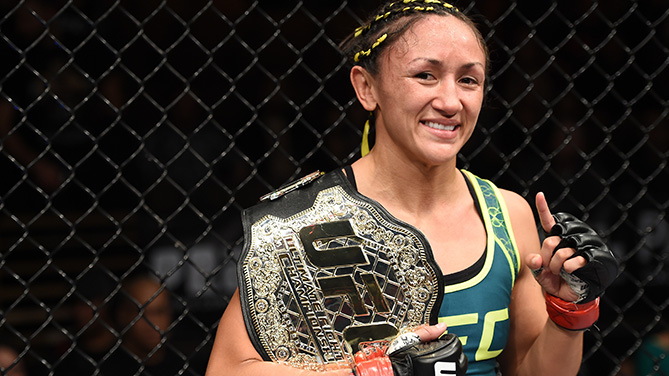 The highly anticipated strawweight women’s rankings are out for the UFC’s newest division, and beneath new champion Carla Esparza, who submitted Rose Namajunas to win the first-ever 115-pound strap, Joanna Jedrzejcyk is sitting in the No. 1 spot.
UFC President Dana White spoke to the media after Fight Night Phoenix and said that Jedrzejcyk, who picked up a crucial decision win over the heralded Claudia Gadelha, will likely get the first crack at the champion. 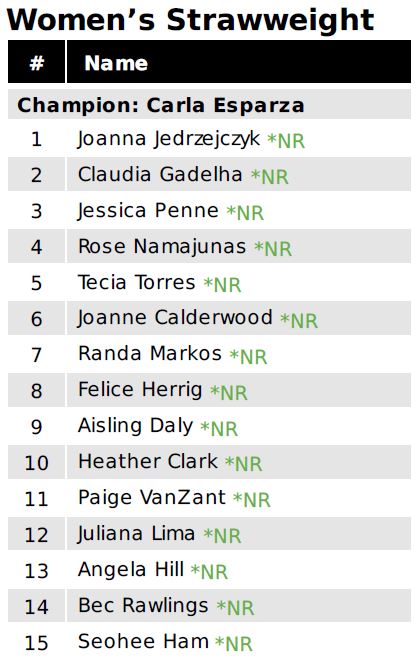 "I love the way (Jedrzejcyk) fights. I love her striking," White said. "She's probably going to get the next (title) shot."
The rest of the top five looks like this: Gadehla at No. 2; Jessica Penne at No. 3; Namajunas at No. 4; and Tecia Torres at No. 5.
Penne looked great against No. 7 Randa Markos, while Torres battered the Internet sensation Angela Magana. Joanne Calderwood comes in at No. 6, Felice Herrig took No. 8, Aisling Daly is No. 9, and Heather Clark comes in at No. 10.
Read: Weekend Musings From Tom Gerbasi
Paige VanZant burst onto the scene with a win against Kailin Curran in November, but she begins her UFC career on the rankings at No. 11. Juliana Lima (12), Angela Hill (13), Bec Rawlings (14) and Seohee Ham (15) round out the list. 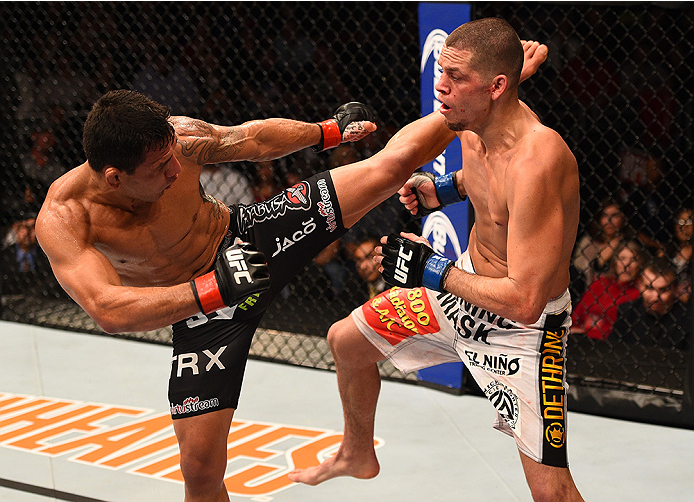 The other big move in this week’s rankings release is the newly-named No. 1 contender Rafael dos Anjos joining Khabib Nurmagomedov in a tie for the No. 1 spot at 155 pounds. Dos Anjos knocked off Nate Diaz in convincing fashion in the co-main event of Fight Night Phoenix.
In other notable movement this week, John Moraga jumps up a spot at 125 to No. 4; Charles Oliveira moves up four spots to No. 10 in the featherweight division; and Matt Mitrione moves up two spots to No. 12 at heavyweight.