As everyone recovered from the 16-second bomb Ronda Rousey dropped at UFC 175 with her dominating TKO victory over Alexis Davis, many immediately began to discuss where the the UFC Women's Bantamweight champion stacks up in the pound-4-pound best debate.

Media members gave their collective answer on Tuesday afternoon when the official UFC rankings were released. Rousey jumped ahead of UFC Welterweight champion Johnny Hendricks to No. 9 on the p-4-p list, and continues to amaze every time she steps inside the Octagon.

At the UFC 175 post fight press conference Saturday night, Rousey was asked where she will get her motivation from considering how much better she seems to look each time she returns to action. The champ said her motivation is the desire to be the best ever.

"It only seems like (there is a big gap between me and the rest of the division) because I'm so motivated already," she said. "If I stop being motivated these fights will probably start to drag out a lot longer. I have a lot of improvements to make still. I want to retire undefeated and be known as one of the greatest of all time. That takes a lot more work than I've done so far."

Alexis Davis dropped to No. 3 after her loss to Rousey, allowing Miesha Tate to jump into the No. 2 slot behind No. 1 Cat Zingano.

Despite losing by decision to UFC Middleweight champion Chris Weidman at UFC 175, Lyoto Machida's gutsy performance earned him a jump up to No. 2 in the division, a spot he now shares with Vitor Belfort, who many believe will challenge Weidman next for the division's title. 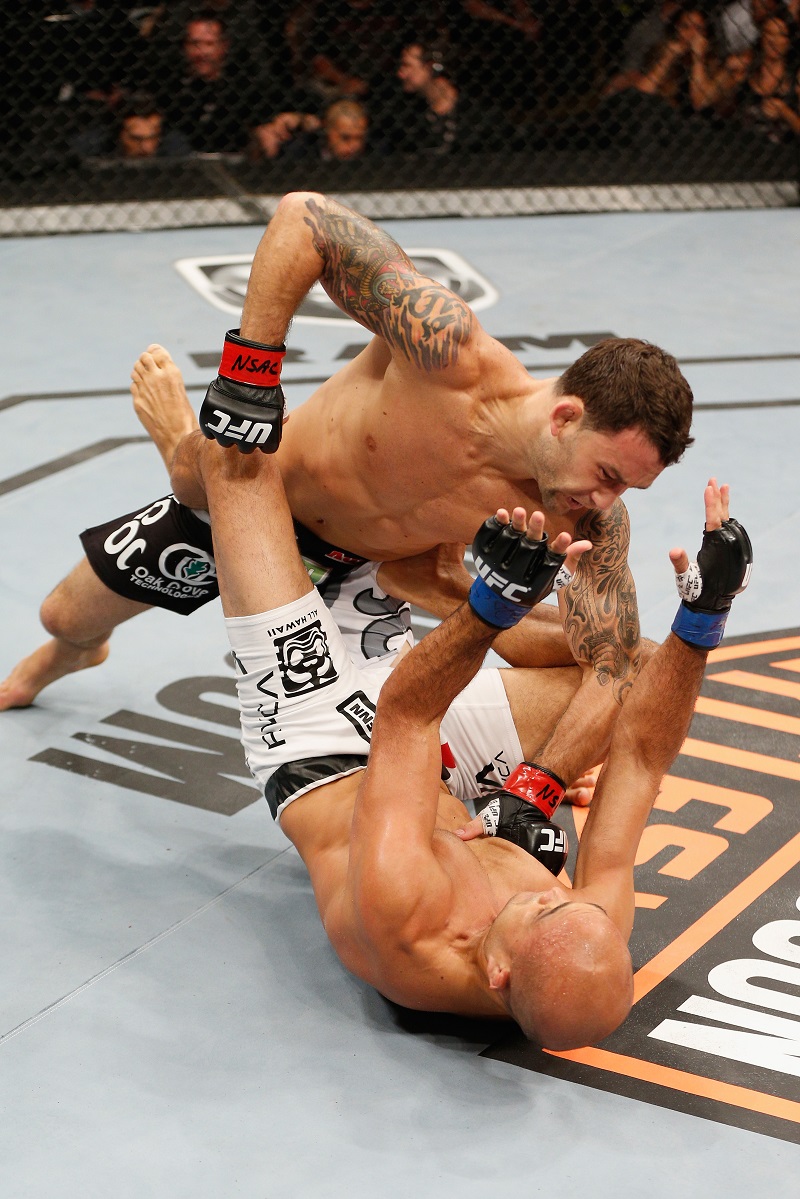 Former UFC Lightweight champion Frankie Edgar moved up a spot to No. 2 at 145 pounds after his dominant victory over BJ Penn in the main event of The Ultimate Fighter Finale. Cub Swanson, who Dana White has said will get a title shot eventually against champion Jose Aldo or whoever can manage to take the belt away, dropped to No. 3. Clay Guida and Dennis Siver moved up to No. 7 and 8, respectively, in the featherweight rankings, dropping Nik Lentz two spots to No. 9.

Conor McGregor, who is set to face Diego Brandao in the main event of Fight Night Dublin on July 19, fell a spot to No. 13 this week at 145 pounds. Darren Elkins moved up to No. 12.

In the bantamweight division, Alex Caceres moved up to No. 10 despite his loss to Urijah Faber on Saturday, dropping Francisco Rivera to No. 11. At Flyweight, Dustin Ortiz moved up to No. 12 ahead of Louis Gaudinot, who now sits at No. 13.

Lightweights Myles Jury and Michael Johnson continue their dance in the No. 8 and 9 spots, with Jury taking back No. 8 this week. At welterweight, Tarec Saffiedine moved up to No. 9, dropping Dong Hyun Kim to No. 10.

There were a few moves in the heavier weight classes as well, with Ryan Bader jumping ahead of Mauricio "Shogun" Rua to No. 8 at light heavyweight, and Minorauro Nogueira moving ahead of Stefan Struve to No. 12 at heavyweight.