Phil Davis’ victory against Glover Teixeira shook up the majority of the light heavyweight division when the official rankings were released on Monday following UFC 179.

Davis moves up to No. 5, dropping Teixeira two spots down to No. 6. Anthony Johnson moves up two spots to No. 3, passing Rashad Evans, who falls to No. 4.
“I thought it was a good performance,” Davis said about his win at the post fight press conference. “I got done with what I wanted to get done. Obviously I was looking for a finish, to finish a guy like Glover Teixeira. That means you’re in the top 1, 2, 3 - you’re next in line for a title shot. The guy is just tough as nails.”
> Check out the complete list of official UFC Rankings 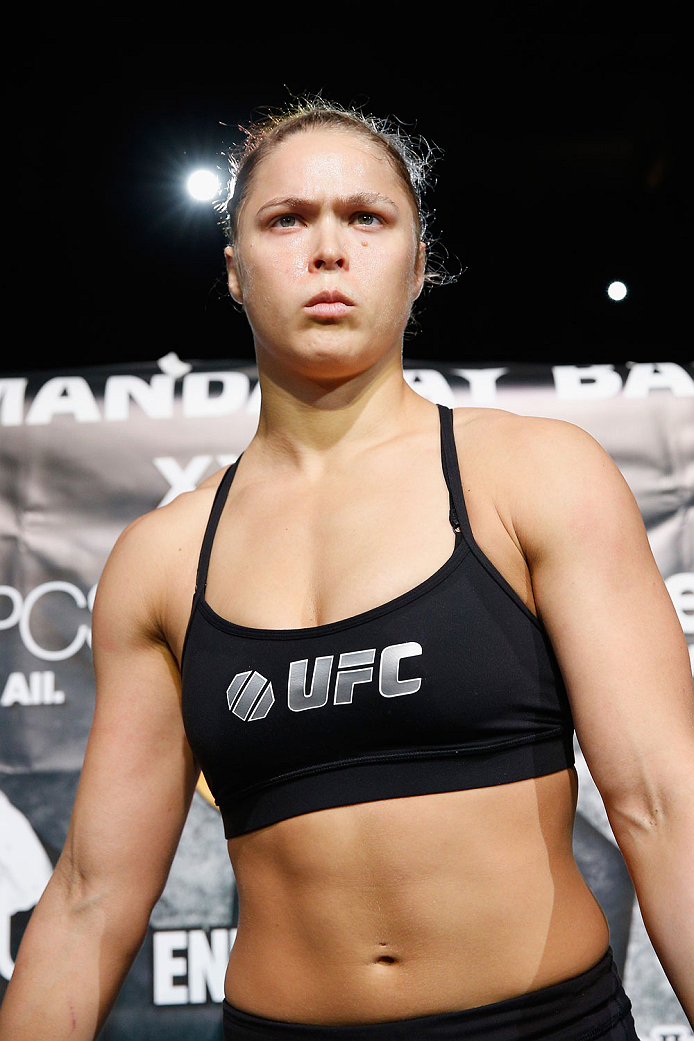 In the pound-4-pound rankings, Ronda Rousey moved past Johny Hendricks into the No. 8 spot. Dominick Cruz, fresh off his triumphant return at UFC 178, moved up to No. 13, dropping Daniel Cormier a spot to No. 14 and Alexander Gustafsson two spots to No. 15.
Dustin Poirier moved up to No. 6 at featherweight, passing Dennis Bermudez and Chan Sung Jung, who announced recently that he’s taking two years off to fulfill military service. Dennis Siver, who is set to face Conor McGregor in January, moved up to No. 9. Nik Lentz fell to No. 10.
> Watch: UFC 179 Conor McGregor backstage interview
> Read: UFC 179 Musings from Tom Gerbasi
Other notable moves include Nate Diaz jumping to No. 14 past Rustam Khabilov at 155 pounds, and Fabio Maldonado moving up a spot to No. 14 at light heavyweight after a win over Hans Stringer at UFC 179.