Robbie Lawler’s big win at UFC 181 not only changed things at 170 pounds, it shook up the pound-4-pound rankings as well.
The new UFC welterweight champ assumed the champion’s position in the divisional rankings, and also made his debut on the p-4-p list at No. 11, ahead of Johny Hendricks (12), who fell three spots, Dominick Cruz (13), Daniel Cormier (14), and Vitor Belfort (15).
T.J. Dillashaw and Renan Barao each jumped a spot after Hendricks’ slide.
Lawler, who began his career in the UFC back at UFC 37 in 2002, spoke to UFC correspondent Megan Olivi backstage after his big win. He said it’s been a long journey to finally holding a UFC belt.
“I’m proud of myself, and I’m proud of my teammates,” Lawler said. “It was a team effort for sure. This didn’t happen overnight. It took a lot of hard work, dedication, and (there were) a lot of ups and downs. I’m just happy to be here today.” 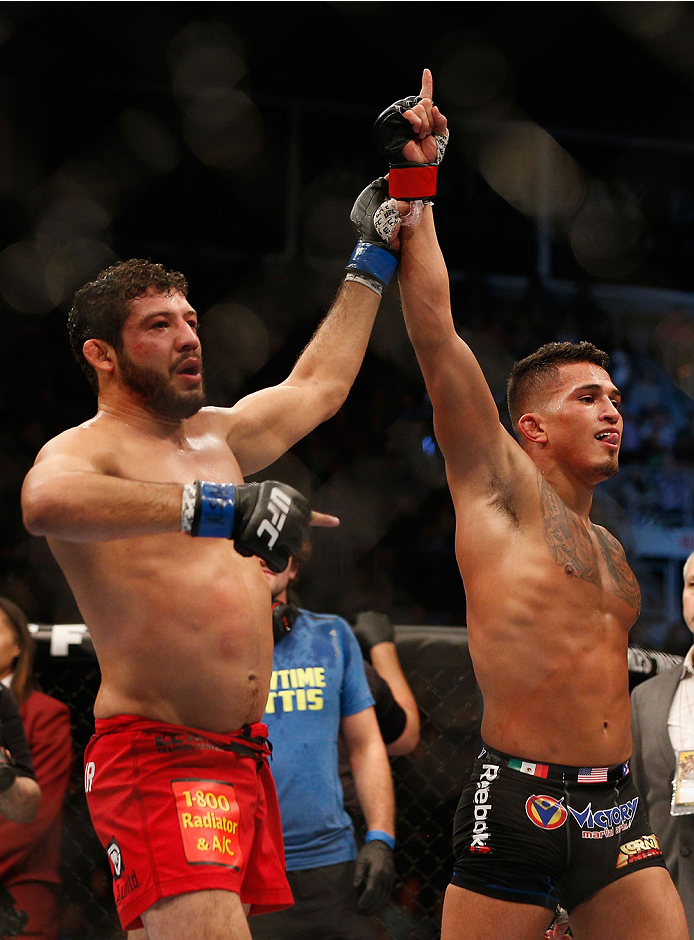 In other rankings movement, Khabib Nurmagomedov, the potential No. 1 contender to Anthony Pettis’ lightweight title, jumped up a spot ahead of Gilbert Melendez, who fell to Pettis at UFC 181, to No. 1 at 155 pounds. “Showtime” became the first fighter in history to submit Melendez.
Raquel Pennington impressed in her fight against Ashlee Evans-Smith at UFC 181. She was voted up to the No. 12 spot, ahead of Germaine de Randamie. Holly Holm also moved up to the No. 14 spot.