Don't forget to let us know your thoughts on the rankings in the comments below! 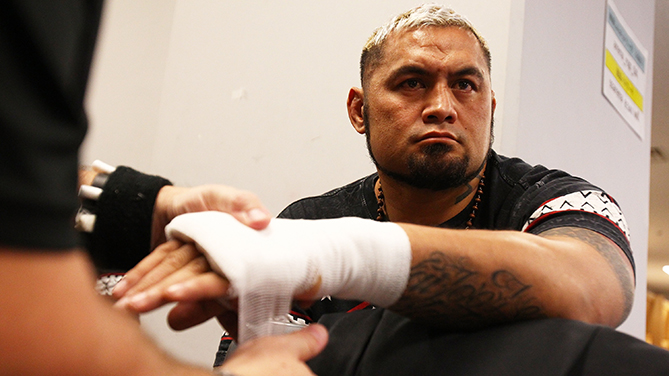 Mark Hunt’s performance at Fight Night Japan against Roy Nelson has earned the New Zealand native his breakthrough into the top 5 of the heavyweight division rankings.
Hunt’s perfectly-placed right uppercut three minutes into the second round of the Fight Night Japan main event over the weekend impressed the voting panelists, allowing the 40-year-old to pass Josh Barnett, now No. 6 at heavyweight, in the official UFC rankings.
Hunt immediately made his plea for a fight that will put him on the road to a title shot at the Fight Night Japan post-fight press conference.
“I want to move forward. I want to move up in the rankings and get a title shot, you know?” Hunt said. “My purpose is to fight for a title. Fighting someone outside the top 10, win or lose, makes me go backwards.”
> Check Out The Complete Official UFC Rankings List 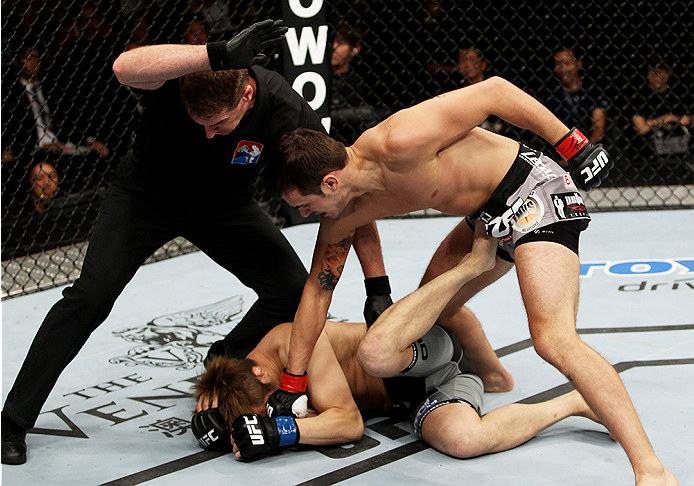 Unbeaten lightweight Myles Jury made noise in Japan as well with his first-round TKO win over Takanori Gomi. He moved up to No. 8 at 155 pounds, passing Jim Miller, who now sits at No. 9.
Jury said he doesn’t pay attention to the rankings but instead is focused on staying active and winning fights.
“I don’t pay attention to the rankings. It’s cool that apparently I’m ranked now, but I feel like if I keep taking fights and getting better as a martial artist, they can’t deny me for the title forever. I feel like a win over Gomi is a respectable win.”
Also in the lightweight division, Jorge Masvidal, ahead of his bout against James Krause at UFC 178, moved up a spot to No. 12. Rustam Khabilov dropped to No. 13. Also at heavyweight, Matt Mitrione booted Minotauro Nogueira to take the No. 15 spot, while Bigfoot Silva passed Nelson into the No. 8 position.
In the bantamweight division, former champion Dominick Cruz, who makes his much-anticipated return to the Octagon at UFC 178 against Takeya Mizugaki, jumped two spots to No. 10. Alex Caceres fell three spots to No. 13, Erik Perez jumped a spot to No. 12, and Mike Easton dropped Joe Soto on his way to No. 14 at 135 pounds.