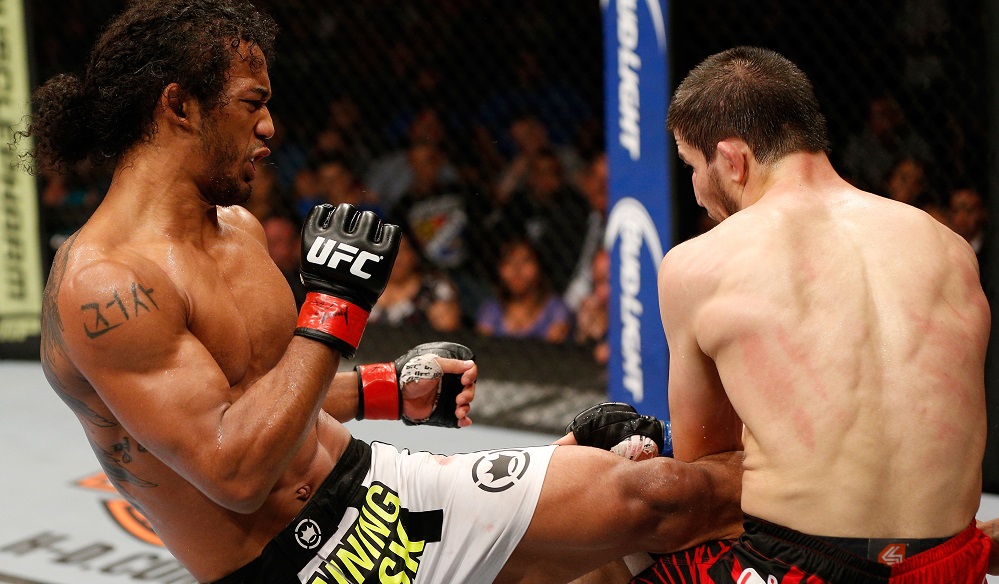 Gilbert Melendez has a guaranteed shot at the UFC lightweight title waiting for him after he finishes coaching against current lightweight king Anthony Pettis on season 20 of The Ultimate Fighter. But Melendez is no longer the No. 1 ranked 155-pounder in the official UFC rankings.

That's because Benson Henderson has been voted back into the No. 1 spot after his impressive submission victory over No. 11 Rustam Khabilov at Fight Night Albuquerque last Saturday night.

The other big change in the rankings came in the form of Mark Munoz's removal from the middleweight top 15 altogether, as he is no longer under contract with the UFC. The former No. 9 fighter is hoping to strike a new deal after he recovers from a knee injury suffered in his loss against Gegard Mousasi at Fight Night Berlin.

With Munoz out of the picture, Costas Philippou jumps up into the No. 9 spot, followed by CB Dollaway, who goes up to No. 10 from where he stood last week at 12. Francis Carmont, Tim Boetsch and Brad Tavares all move up a spot into the No. 12, 13 and 14 slots, respectively. Thales Leites moves into No. 15 after being unranked previously.

Other changes in the rankings include Myles Jury popping up a notch to No. 8 at lightweight, placing Michael Johnson back down to No. 9. At light heavyweight, Ovince Saint Preux, who fights Ryan Jimmo this Saturday at UFC 174, moved up to No. 13, while Vitor Belfort was voted down to No. 14. At heavyweight, Brendan Schaub and Minotauro Nogueira swapped spots, with Nogueira moving up to 13 and Schuab down to 14.