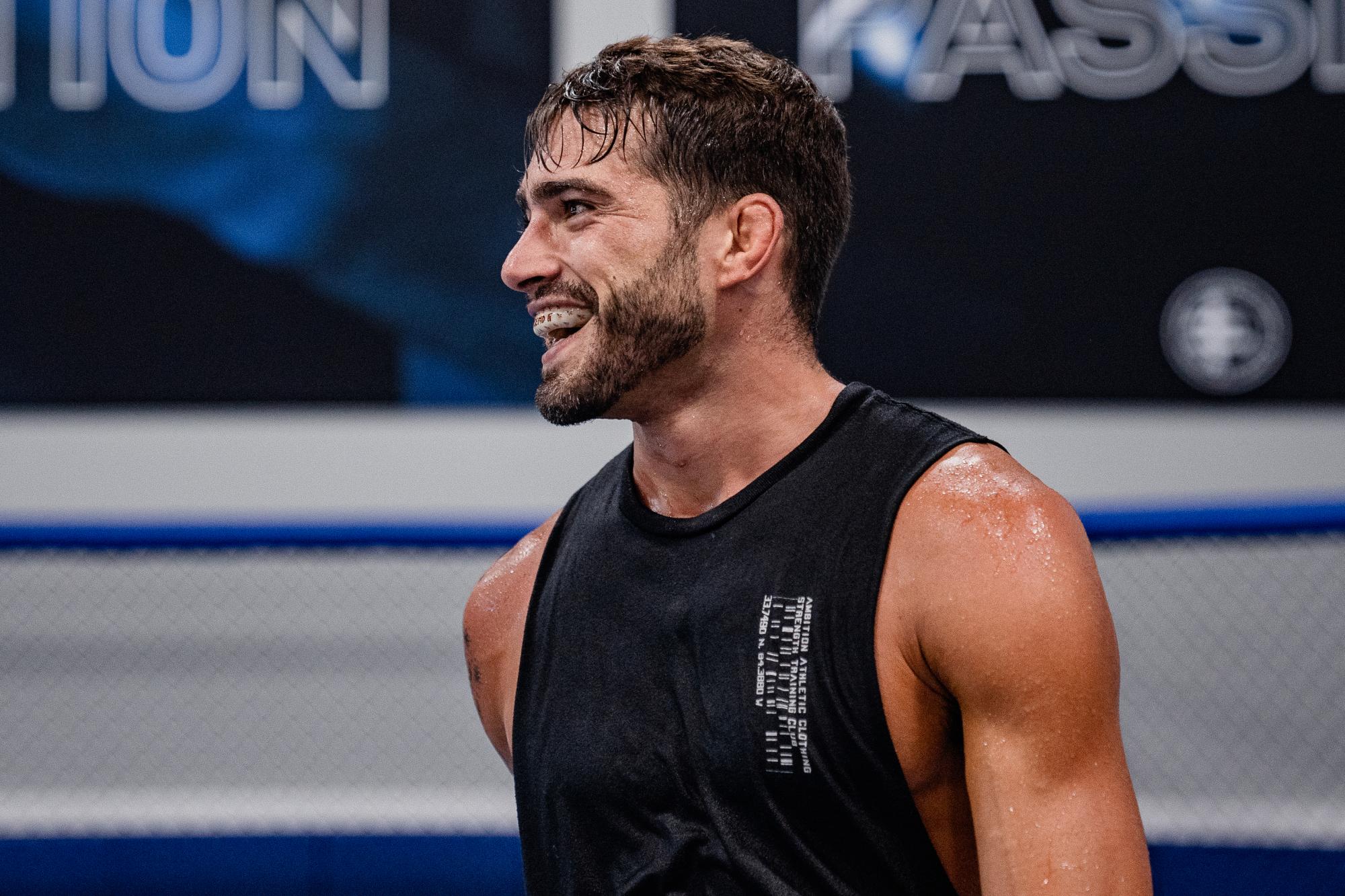 Randy Costa Feels Like He’s In The Perfect Spot

Out Of His Comfort Zone And Ready To Send It, Randy Costa Feels Like He's Primed To Make A Statement At UFC Fight Night: Sandhagen vs Dillashaw
By ZAC PACLEB, ON TWITTER @ZACPACLEB • Jul. 22, 2021

Randy Costa has become a sort of social media darling among mixed martial arts fans. His upcoming fight with fellow bantamweight prospect Adrian Yanez picked up steam online not only because they’ve delivered highlight-reel finishes in the Octagon, but because of their faux-beef centered on whose favorite sugary pleasure of choice is superior.

It all started with a few tweets. A few fans tweeted their desire to see Costa and Yanez fight, and after one fan pushed Costa to trash talk a little more, he relented. His target: Yanez’ favorite soda, Dr. Pepper. Naturally, Yanez responded and took aim at Costa’s beloved Reese’s, and the friendliest beef ever created was born. The friendly banter has led to some very real hype behind a fight which already should’ve had it, and for Costa, that’s music to his ears.

Watch Costa vs Yanez On ESPN+

“Neither of us are really a big deal in the UFC in the grand scheme of things, but we’ve gotten to this point because we’ve built this entire fight literally on positivity,” Costa told UFC.com. “But make no mistake, I’m going to try to knock Adrian out, Adrian is gonna try to knock me out. We’re gonna put all the stupid, funny stuff aside when we fight, but until then, why would we be a**holes to each other? We’re going to fight on the 24th, let’s build it up now, let’s make it funny, let’s get people behind it, grow our stock a little bit more. I think it’s a perfect storm.”

That said, you don’t get a perfect storm unless those involved have substance to go with the style, and through three UFC fights, Costa showed he is every bit of the fan-favorite-in-the-making. “The Zohan” is coming off a pair of first-round knockouts, most recently a stunning head kick win over Journey Newson.

After his second-straight knockout win, Randy Costa believes his matchup against Adrian Yanez is the perfect opportunity to show people he is a bantamweight worthy of everyone's attention.

In Yanez, Costa has sort of a perfect dance partner. The Dana White’s Contender Series alum is fresh off his own pair of knockout wins and continues to build his own resume as an up-and-comer to watch in the bantamweight division.

“The fact of the matter is the fight kind of really makes sense,” Costa said. “You have two exciting younger guys who are both the same spot in their career, we both have head kick knockouts, we both have right hand knockouts, we’re both coming off two knockout wins; this is just a pretty big fight in terms of the lower half of the bantamweight division. Whoever wins this fight is probably going to get a huge step up in competition in one way or another. I just can’t wait, it’s gonna be so much fun.”

Independent of his matchup with Yanez, Costa feels like everything is coming together for him as a professional fighter. He has found a new home for training at Sanford MMA in Deerfield Beach, Florida, working with the likes of Gilbert Burns and Michael Chandler – two people he says it’s cool to see working as real people as opposed to “mythical creatures on TV.”

Although Costa emphasizes that he’ll stay true to his Massachusetts roots, where he learned under the tutelage of UFC veteran Joe Lauzon, he can’t help but love everything about training in South Florida.

The move originally occurred during the beginning of the COVID-19 pandemic when gym shutdowns limited his ability to train, and after testing the waters literally and figuratively, he knew he was in the right spot.

“I feel like I’m doing a lot of things right,” Costa said. “I stepped out of my comfort zone and moved to a different state, essentially by myself, and my performance in the cage really compliments the personality that I’m trying to bring out. I'm very happy where I am, I think I’m in a good spot with the UFC, and I think I’m in a pretty good spot as a fighter. I’m just happy; I really like where I’m at.”

Where he’s at feels somewhere between exciting prospect and someone floating around the Top 15, and a win over Yanez gets him close to the latter, especially if Costa handles business the way he usually does.

Sanford MMA cultivates an atmosphere where their athletes help and push each other every day in their gym in Deerfield Beach, Florida.

When Costa first filled out a questionnaire given to all UFC fighters for their athlete profile on UFC.com, he said his favorite striking technique was “Full Sending.” He has the mantra tattooed on his left leg, coincidentally the same leg he knocked Newson out with in his last fight. He expects a more analytical approach against Yanez, but he also anticipates what he called a “tumbleweed” of a fight with limbs flying everywhere. Naturally, his eyes were lit up with excitement, and a grin stretched across his face when sharing that prediction. Regardless, Costa continues to be nothing if not fully himself, and he believes that sets him up to garnering even more hype on July 24.

“I’m gonna open up some eyes, man,” Costa said. “I’m going to debunk a lot of thoughts and what people have to say. I have a very worthy opponent ahead of me who has a lot of hype. So, to get a big win over him is going to open a lot of eyes and I can’t wait to make a f**king statement.”