Randy Brown Is Learning On The Job

Still young in his UFC career, Randy Brown is excited to show off dramatic improvements in Greenville.
By Damon Martin • Jun. 19, 2019

Randy Brown could have never predicted in a million years how his last fight would end, which is why it was really hard for him to abide by the old adage that a fighter learns more from a loss than they do from a win.

Following a strong start to his fight against Niko Price last July, Brown reversed a takedown attempt and ended up on top where he began to apply his ground-and-pound attack. During a scramble from a submission attempt, Brown got caught by a series of hammer fists from the bottom and he was rendered unconscious.

It was one of the most bizarre knockouts in UFC history, which is why Brown had a hard time trying to take much away from that fight because it was something that had never really happened before and may never happen again. 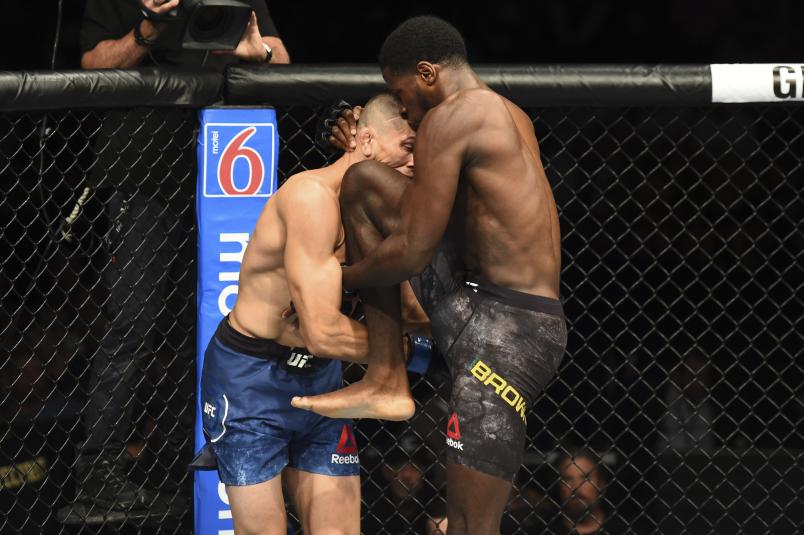 “Initially it was hard to take anything away from it, honestly,” Brown said about the fight. “I was very emotional in the moment. It’s so frustrating, but that’s the game.”

Over time, Brown was able to recover from the loss while simultaneously allowing his emotions to cool down, which then started to give him some perspective on what went right and what went wrong.

It wasn’t easy, but eventually Brown found the value he could take away from that loss so it could make him better in the future.

“It was just hard for me to take anything away from it at that moment but then I calmed down, I listened to my coaches and my team and we watched the tape over and over,” Brown explained. “It’s the fight game, so what I took away from it was be ready for anything.

“In those positions, I feel like I gave him too much space and maybe it sounds like I’m trying to find a reason behind it and it’s just tough. I gave him too much space. Maybe I was supposed to be more aware. It’s tough; it’s hard to find something to take away from it but what I took away from it for sure is anything can happen in the fight game so be on. Be ready for anything, at any moment. That’s it.” 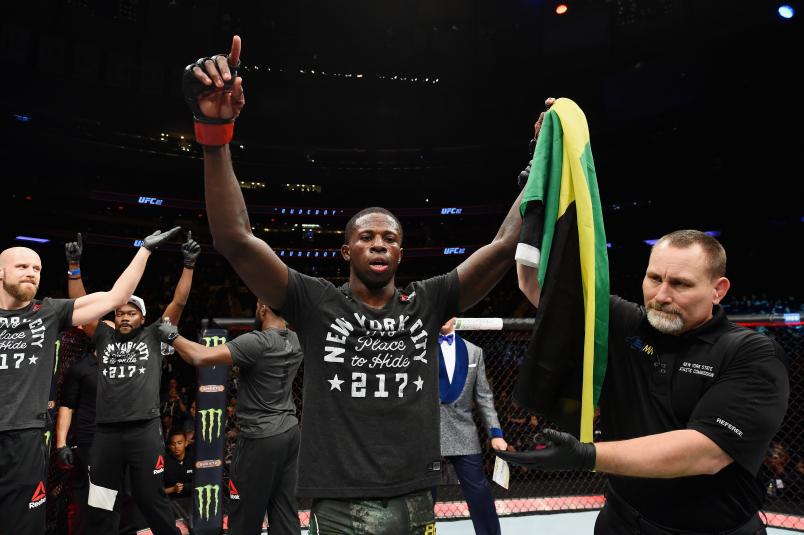 If there was another factor that helped Brown move past that loss so he could focus on the future, it’s that he’s still so young when it comes to his mixed martial arts maturation.

Brown turned pro just over five years ago and by his seventh fight, he was already competing in the UFC. Now he would never say it was a case of “too much, too soon,” but rather that he’s still learning on the job and every setback is just an opportunity to come back better than before.

In the 11 months since his last fight, Brown has been dedicated to getting better each and every day, which is why he expects to show off some really dramatic improvements when he faces Bryan Barberena this Saturday night in Greenville, South Carolina.

He’s not exactly reinventing the wheel, but rather improving upon the skills he’s already showcased inside the Octagon and then sharpening those tools to a razor’s edge.

“It’s so cliché because every fighter says this but ‘you haven’t seen anything yet, I’m still learning, I’m still growing’. Yeah for sure. But when I say that [expletive], I mean it,” Brown said. “Every time I go in there, you see a brand new me. This time when I go out there and the people who are doubting me? Good luck because when I come every time, I am better. I am way better. So when I come out this time, it’s going to be scary because I’m learning on the job and I’m only getting better.

“You see the growth. You see there’s major differences but I know who I am. I recognize who I am. I know myself and I know what I’m capable of and the direction I’m heading.” 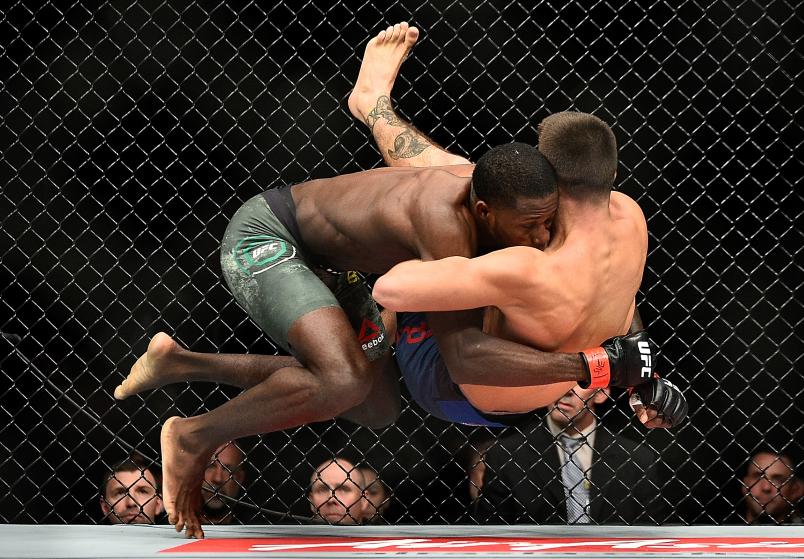 Coming back against somebody like Barberena is exactly what Brown needed when he booked his next fight.

Barberena is coming off a potential Fight of the Year performance in his last outing against Vicente Luque in February and Brown hopes he brings that same kind of vigor into their meeting this weekend.

“It’s a fan favorite. I’m always down for those kinds of fights.”

Brown isn’t going to make any predictions and he’d be remiss if he tried to call a post-fight bonus before he’s ever stepped into the Octagon to do battle with Brown, but he knows this is a matchup that could end with some extra zeroes being added to his paycheck.

“As much as we don’t like to speak on it, but fighters, we do think about that. The money is nice,” Brown said with a laugh. “Absolutely I would love to walk away with that, especially with a guy like this. I think it’s highly possible.”