Randa Markos Is Ready To Lay It All On The Line

A Disappointing End To Her Fight With Luana Pinheiro Left Randa Markos Wondering If She Was Done With The UFC, But Now She's Back With A Chance To Right The Ship.
By E. SPENCER KYTE, ON TWITTER @SPENCERKYTE • Oct. 19, 2021

The instant emotion that Randa Markos showed when referee Mark Smith waved off her fight with Luana Pinheiro in the late stages of the opening round tells you everything you need to know about how much the Canadian veteran had riding on that fight.

Competing for the first time since shifting her camp to Fort Worth, Texas, and looking to snap a three-fight slide, the 36-year-old staple of the strawweight division hit the Brazilian newcomer with an upkick in the final minute of the opening round. Pinheiro couldn’t continue and Markos was disqualified, pushing her losing streak to four and leaving her unsure of her future inside the Octagon.

“It was extremely stressful,” Markos said, reflecting on the bout with Pinheiro ahead of her return to action this weekend opposite former Invicta FC champ Livinha Souza. “I trained hard for that fight. I really wanted to go three rounds. I wanted to showcase what I can do. Yeah, she came out throwing me, but she wasn’t doing anything with it, so I knew I was figuring it out as time went on, and then that happens and it’s like, ‘What do I do?’

“To be honest, I thought I was done,” she continued. “I was so relieved (when I got the call for this fight) because I was like, ‘What do I do? Do I move on with my life?’ I went into a real depression. There are extreme highs and extreme lows in this sport, and I was at the bottom of the bottom after that fight, not knowing what was going on or what was going to happen.

“This is my life. Fighting is my life. I was hoping not to go anywhere else or do anything else. I want to be where I’m at and be the best where I’m at, and it was really frustrating, so when they called me for another fight, I was just like, ‘Thank you, Lord! I get another shot!’”

Markos has been a part of the UFC’s 115-pound weight class since its inception.

She competed on Season 20 of The Ultimate Fighter, entering the tournament to crown the inaugural strawweight champion as the No. 14 seed. The scrappy underdog upended Tecia Torres in the opening round and submitted Felice Herring in the quarterfinals to reach the Final Four, losing to current champion Rose Namajunas before dropping her “bronze medal match” with Jessica Penne at the show’s finale in Las Vegas. 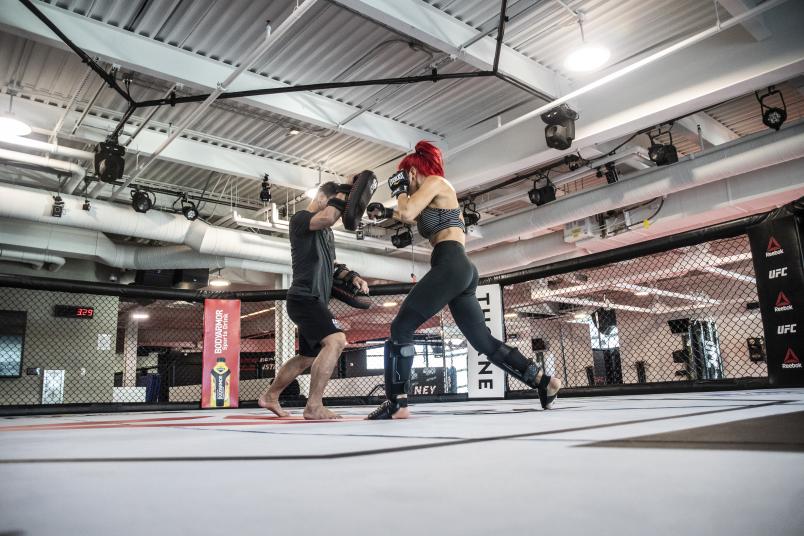 Over the next six years, Markos shared the Octagon with a litany of top talents, earning wins over Carla Esparza and Angela Hill, battling current contender Marina Rodriguez to a draw in the Brazilian’s promotional debut, and serving as a litmus test and perennial tough out against a host of emerging names, including Karolina Kowalkiewicz, Alexa Grasso, Amanda Ribas, Mackenzie Dern, and Kanako Murata prior to filling that same role opposite Pinheiro in May.

Fighters On The Rise At UFC Fight Night: Costa vs Vettori

It was during the week of her fight with Dern that she met one of the coaches from the Travis Lutter team she now works with, and after a couple more challenging camps filled with long car rides between gyms, cross-border travel complicated by COVID-19 restrictions, and mounting loses, Markos pulled the trigger on shipping off to Texas to get a different look and put herself in a better position to succeed.

“Being here, being with a team that is established, that have been through this already with other fighters, it’s a like a big weight has been lifted off my shoulders,” said Markos, who had been the lone elite fighter in her last gym, and therefore was looked upon to set the tone and dictate what needed to be done. “It’s a big difference and I didn’t realize how big it was until I came out here.

“It was an hour-and-a-half to get to the gym, an hour-and-a-half back, every day,” she added, touching on a tag team of under-discussed challenges that many fighters deal with — traffic and the rigors of commuting to and from different gyms. “It might not seem like a lot, but that could be time relaxing. Going to a few different gyms instead of staying at one gym too — I have my boxing, my wrestling, my jiu jitsu, my conditioning, all at one gym here, so that’s been great.

“I just show up and they’ll have whatever I need to do that day ready for me. It’s just focused on me getting better.” 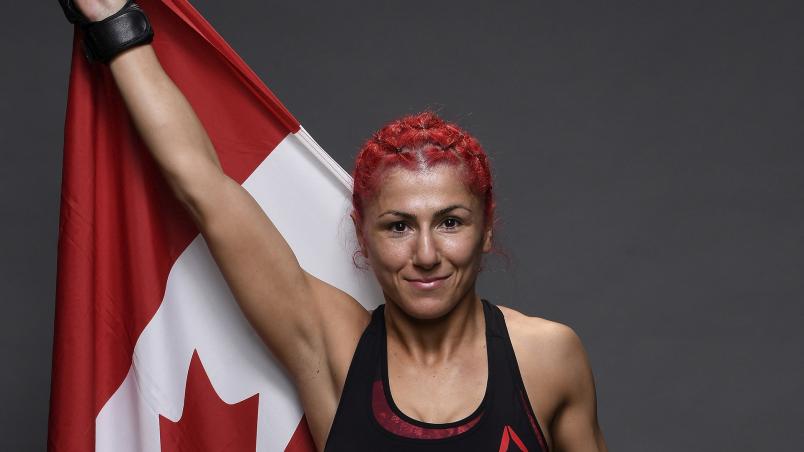 The Iraqi-born fighter also acknowledged that she’s the lynchpin of her family — “I’m the one in my family that takes care of everyone,” as she put it — and while she cherishes her family and her role, it can also be a challenge when you’re trying to chase a dream that requires an extreme amount of focus and commitment, and forces competitors to be selfish in order to maximize success.

“It was nice to step away from that because it takes a lot out of you,” said Markos. “It’s a lot of pressure, a lot of stress, and a lot of constantly being needed, so to walk away from that and focus on training…

Her soft voice trailed off, almost as if she didn’t want to finish her thought.

Dana White Has a Plan for UFC World Domination\

“They can call me all they want; they know I can’t be there,” she added with a chuckle. “It’s been really good and a big stress release.”

And now, after putting the fight with Pinheiro behind her and returning to Fort Worth for a second training camp, “Quiet Storm” is champing at the bit to get back in the Octagon and show everyone the improvements she’s made over the last year. 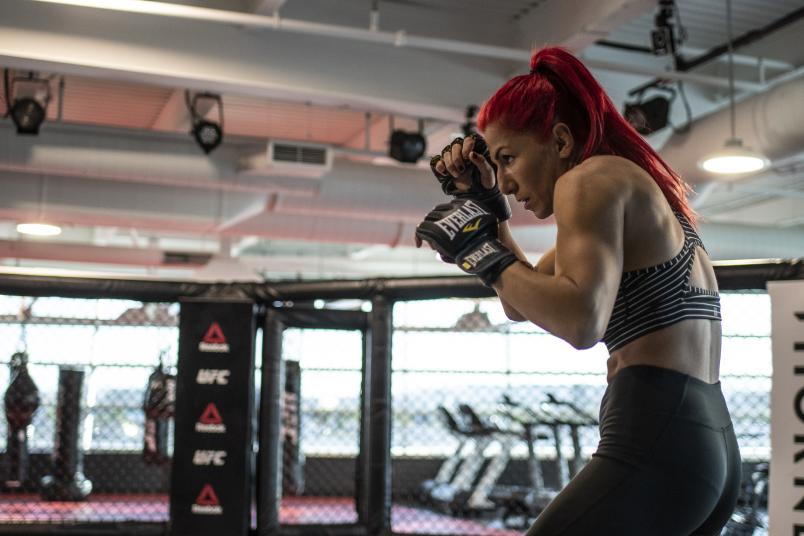 ”I felt good with what we had done last time, and I’m just trying to stay focused on showcasing what I’ve been working on,” offered Markos, whose last victory came on October 26, 2019 in Kallang, Singapore in a close battle with Ashley Yoder. “I’m really excited to get back in there.

“I don’t care who is in front of me; it’s not even about her,” she said of Souza, who has alternated wins and losses over her last four fights and enters off a first-round stoppage loss to Amanda Lemos in March. “It’s about me going in there, being who I am, fighting the way I like to fight, and putting on a good show.

“I’m in the corner right now — my back is against the wall — so this is my opportunity to just go in there and fight.”