With a fight finally booked, Randa Markos is eager to find some consistency in the Octagon.
By E. Spencer Kyte, on Twitter @spencerkyte • Sep. 14, 2020

Living in the border city of Windsor, Ontario, Randa Markos has done a great deal of training throughout her career across the Detroit River in Michigan.

From her days working with the crew at Michigan Top Team to her current working relationship with the folks at Final Round MMA in Ann Arbor, a typical fight camp for the 35-year-old Ultimate Fighter alum involved multiple trips over the Ambassador Bridge or through the Detroit-Windsor Tunnel, but all of that came to a grinding halt once the coronavirus pandemic hit.

“I’m a pretty self-motivating type of person, so no matter what’s going on around me, I can figure out a way to get things done,” said Markos, who returns to action Saturday night against rising star Mackenzie Dern in a compelling strawweight clash. “That said, the whole coronavirus thing has been tough. 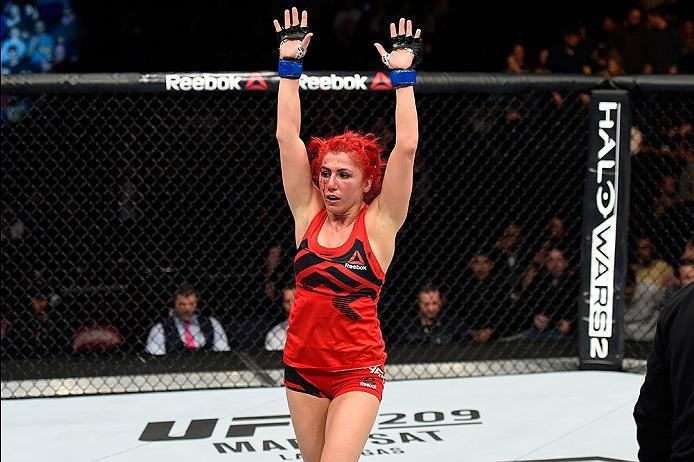 “I was having trouble getting my visa to cross the border because that’s where I do all my training,” continued the Canadian veteran, who finally got her visa at the start of September, two months later than anticipated. “I know what I need to do, and we’ve been working on it, me and my wrestling coach, and just conditioning on my own.

This weekend’s pairing certainly does profile as one that will play out on the ground, as the 27-year-old Dern was a decorated Brazilian jiu-jitsu practitioner before transitioning to mixed martial arts. Last time out, Dern became the first female fighter in UFC history to finish a fight via leg lock, wrapping up Hannah Cifers in a nasty kneebar out of an innocuous looking scramble.

While Dern heads into the bout off a history-making victory and brandishing far more buzz than Markos, the veteran knows that hype and social media followings don’t matter once the Octagon door closes and looks forward to putting her experience to good use on Saturday night. 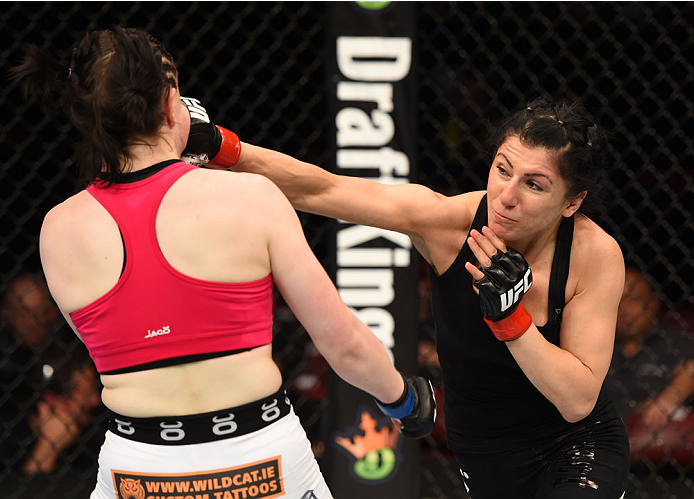 “Having Mackenzie Dern as my opponent, I think it’s great because it’s a step forward, a step up in the rankings, and it’s a really good matchup,” she said of the bout, which will be the second bout on this weekend’s six-fight main card. “She lost to the same person I lost to, Amanda Ribas, and we both beat the same person, Ashley Yoder, so this will show which of us is better and who deserves (to move forward) more.

“I don’t look at it as, ‘Oh man, I’m fighting Mackenzie Dern.’ She’s fighting me!” she added emphatically. “I’ve been doing this for a long time. Yeah, she’s got a big name behind her and a huge following, but that doesn’t mean anything; that doesn’t mean much when it comes to skills and techniques.

“She does have great jiu-jitsu and I’m not going to overlook that because she’s been doing that stuff for a long time, but it’s going to be a great fight and great competition for me.”

Long-time observers will also note that Markos’ “pattern of results” also plays into her favor heading into her bout against Dern.

This weekend will be the strawweight veteran’s 15th UFC appearance and, thus far, Markos has yet to register consecutive wins or losses, amassing a 6-7-1 record inside the Octagon. 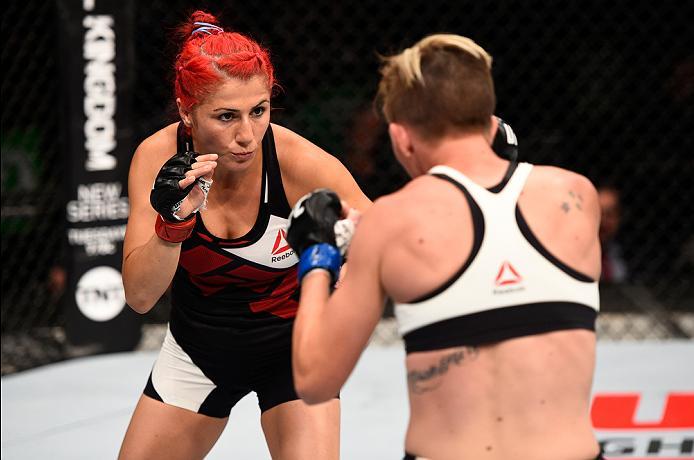 OTTAWA, ON - JUNE 18: (L-R) Randa Markos of Iraq circles Jocelyn Jones-Lybarger of the United States in their women's strawweight bout during the UFC Fight Night event inside the TD Place Arena on June 18, 2016 in Ottawa, Ontario, Canada. (Photo by Jeff Bottari/Zuffa LLC/Zuffa LLC via Getty Images)

“I am a superstitious person,” admitted Markos, who is acutely aware of the unique streak and spoken in the past about working with a sports psychologist. “But I never looked at it like well, this is one I lose because I’m not going into a fight expecting to lose; I’m doing whatever I can to win that fight and whatever happens, happens.

“But it sucks,” she added with a laugh, clearly able to have a little fun with her one-of-a-kind UFC resume.

“But I always bounce back,” continued Markos, pointing out the “glass half-full” way of looking at her win-one, lose-one pattern. “I have this weird determination after each loss that I wish I could carry on with me, but one day I’ll figure it out, and when I do, I’ll be unstoppable.”

That tenacity and steely resolve is something Markos forged early on in life, when she had to lie to her parents about going to wrestling practice by telling them she was playing volleyball, and was then strengthened when her passion carried her into the cage while she balanced a full-time job with training, all while facing negative backlash from family members who discouraged the Iraqi-born competitor from pursuing her combat sports dreams.

Now, all these years later, it’s not only the thing that sends her back into the cage after each setback, hell-bent on securing a victory, but a big piece of what has helped her remain at the ready as she’s waited for the opportunity get back into the Octagon. 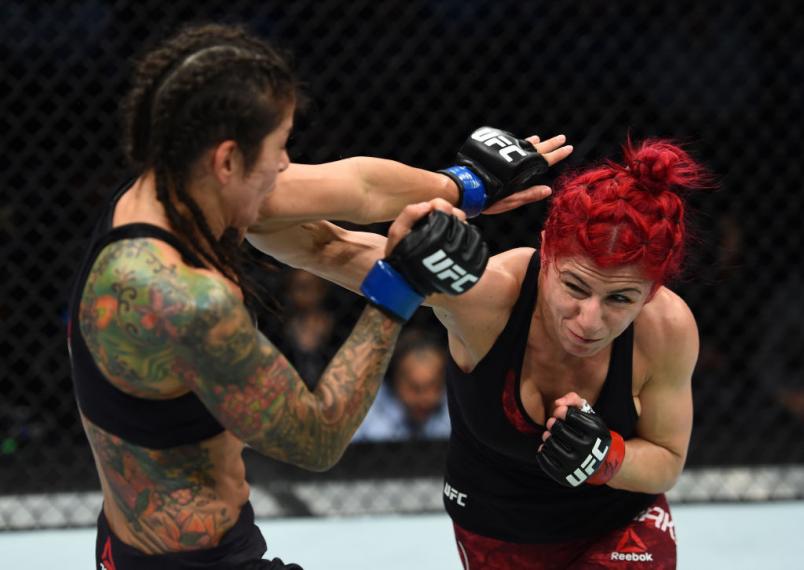 “I’ve been wanting to fight for a little while now,” said Markos, who competed on the final UFC event in Brazil prior to the company pausing events for five weeks earlier this year. “I didn’t care who they gave me — I just wanted to get in there and redeem myself after my last performance, which I was really upset about.

“They had a fight set up for me, but it was on a week’s notice and my visa wouldn’t have been in on time, so I couldn’t take it, but I’ve been preparing since then because I wanted to be ready in case something happened.”

This weekend, Markos will finally get to experience that familiar feeling of packing her things, jumping on a plane, and heading out to compete, bringing a little bit of normalcy to a six-month stretch that has been anything but.

“I keep stopping and thinking, ‘I can’t wait,’” she said. “It just feels so good to have a fight booked and know you’re going to leave your city, go to another place and have that feeling like everything is back to normal, even though it’s definitely not back to normal.

“It feels really good. I can’t wait to get out there.”