Ramsey Nijem - Producing His Own Brand of Reality TV 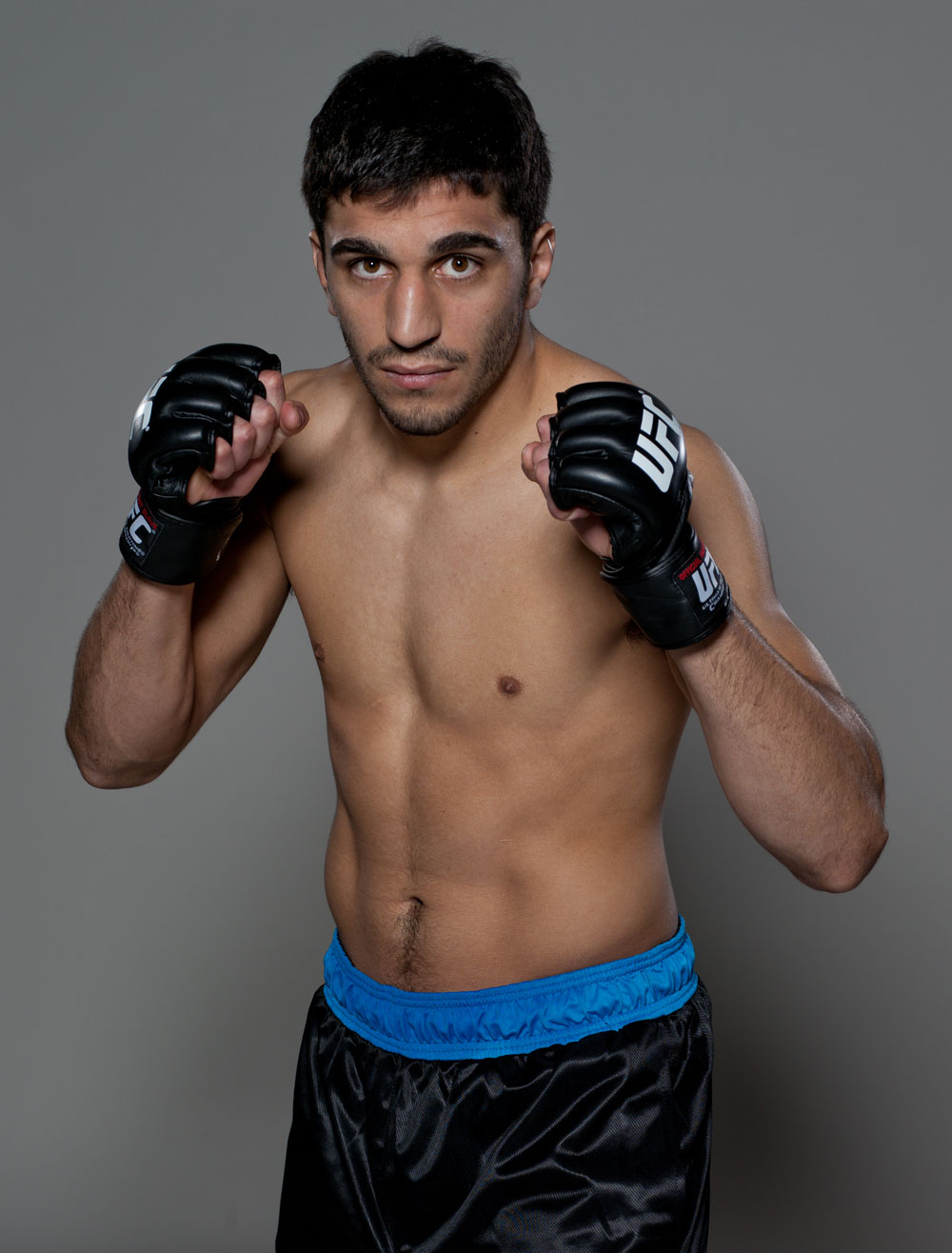 There’s been nothing put out there in bright neon letters, but let’s just say that with Court McGee and Jonathan Brookins in his training camp, Ramsey Nijem doesn’t have much wiggle room when it comes to what’s expected of him Saturday night in Las Vegas when he faces Tony Ferguson for the Ultimate Fighter season 13 title.

“I have to win,” he smiles, knowing that he will get little sympathy from the winners of the last two TUF seasons should he return to Utah without a glass plaque and a UFC contract. That’s okay though, because he is walking into The Palms with every advantage that he can have leading up to the biggest fight of his life. He was there with McGee last June when he won his season, and he got a taste of what awaits him.

“There were mobs of people running at him, women crying,” he laughs. “It was just crazy. I was like ‘This is Court, I’ve known him for years.’ It was kinda funny to me.”

Seriously though, says Nijem, “It’s been an advantage being around Court because I got to actually experience it first hand and I kinda know what to expect. Obviously, between him and Brookins, they told me what’s gonna happen, and it really does help that it wasn’t overwhelming to them. Court can handle this and he’s got a family and all these other things on his plate, so obviously I can do this. All I do is train and come home and take naps.”

Self-effacing to a fault, the 23-year old from Orem wouldn’t be here if he couldn’t fight. The same goes for his opponent, Ferguson, and with both fighters finishing each of their bouts on the show, it’s shaping up to be one of the best TUF finals yet. It’s also one Nijem saw happening from the first time he stepped into the TUF gym earlier this year.

“To be honest, I had a feeling I was gonna be fighting Tony from the beginning,” he said. “I knew he was tough, and one of my roommates (Brock Jardine) is a fighter too, and his one loss is actually to Tony Ferguson, so it all happened full circle. Tony’s a tough kid, he’s scrappy and he likes to fight, and I thought it was gonna either be me and Tony or me and Justin Edwards. I thought we were the three toughest fighters and brawlers there.”

Being the best fighter in the house doesn’t always guarantee a trip to the finals though. Beyond what happens in the Octagon, you must also deal with a host of different personalities in the house, navigate those murky waters, and come to the realization that for six weeks of your life, you will have no contact with the outside world. If you can deal with all those factors and still win fights, you’ve earned your keep. For Nijem, his relationship with McGee did wonders to help him make it out the other side.

“It did help a lot,” he said. “Court told me to rest and not get caught up in the drama. He said remember why you’re there and keep a journal. So I took what he said to heart and it did help a lot to keep my head cool and just get away sometimes. I’d go into the backyard and just find my own private spot and just sit there. Court’s advice really did help me succeed in the house.”

A blast from the past didn’t hurt either, as Nijem compared life in the house to his time as a wrestler at Utah Valley University.

“It was kinda funny, everyone’s like ‘I’m not used to sharing space,’ but I wrestled in college and we lived in a six bedroom house with 10 guys, so we wrestled together, did everything together, and it was like living in that house. The house was just a little more extreme. But I think that’s why I was able to adapt, and I can make do in almost any situation.”

It didn’t hurt that with the exception of a late drunken outburst from Ferguson, there was precious little drama during season 13. That was a criticism of the series this year, but as Nijem correctly puts it, he and his castmates were there on business, not for reality television craziness.

“In all my fights I always look to finish,” said Nijem, who submitted Charlie Rader and Clay Harvison, and stopped Chris Cope on the show. “Between my coach here, Jason Merlick, in Utah, and my other coach, John Hackleman, we’re always about finishing fights wherever it goes. A lot of people get caught up in the sport of scoring points, but it’s a fight and I want to beat the crap out of that dude and he wants to beat the crap out of me, so I gotta put him down first. That’s the mentality we have. When I see that opportunity, I just pounce on it.”

This Saturday is another opportunity, the biggest of his career. Ramsey Nijem’s ready to pounce.