"Now that I’m older, this is my role and I’ve got to step up and represent the Arab people in a good light." - Ramsey Nijem 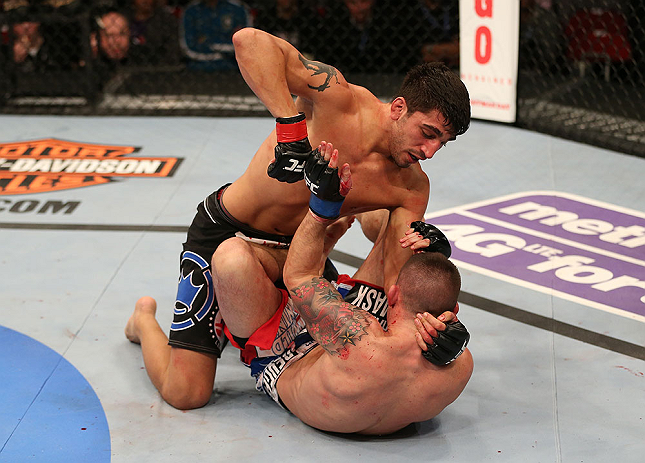 Before the events of September 11, 2001, Ramsey Nijem was like any other middle school kid.

By that afternoon, he wasn’t anymore.

“Ever since 9/11, it’s pretty much a reality of being Arab-American,” said Nijem, born in California of Palestinian descent. “You’re a terrorist no matter what. Even if you’re joking around with your friends, it’s always been that label that I’ve had. Since 9/11, it’s been different. I was in middle school, and I didn’t understand the impact that had on the world or was going to have on my life. I was in eighth grade in 2001, I saw it, and I was just a scared kid. I had no idea that I was different. I was Palestinian, my parents speak Arabic, and that’s what the terrorists spoke. And ever since then, it’s changed.”

Not for the better. Like so many people who share Nijem’s ethnic background or study the Muslim faith, the acts of a few painted an entire group of people, and even today, it’s still a common occurrence to hear slurs and see individuals profiled for their last name or the way they look.

“I’ve had people from all walks of life be completely racist to me about it and say things that they sometimes don’t even think is racist,” said Nijem. “I’ve had to deal with it a lot. I try to have a good sense of humor about it and understand that a lot of times people are just ignorant.”

During his stint on the 13th season of The Ultimate Fighter in 2011, Nijem stayed as far away as he could from making his background an issue. On the show he was a jokester who could fight, and that was enough to get him to the series final against Tony Ferguson and gain him a sizeable fan following. In other words, he was like any other kid in his early twenties, as he tried finding his way in the world while leaving more serious matters to other folks.

“I’ll be honest, when I was younger, I was kind of scared of it,” said Nijem of addressing his heritage and being a role model on national television. “In my Ultimate Fighter days, I didn’t want to use it. I didn’t want to use that angle or be that person because it’s kind of intimidating. I was really scared and intimidated to step up and represent that role.”

But as soon as he was off the show, he began to not just embrace his heritage, but to make sure he was being a positive role model for those who had been through so much in the previous decade.

His first step? Walking into the Octagon for his fight against Ferguson draped in a Palestinian flag while “One Day” by Jewish artist Matisyahu played in the background.

“My dad cried when he saw me walk out with a Palestinian flag, and my aunts loved it, so it’s been a positive thing for the most part,” said Nijem. “I’ve gotten a lot of positive feedback, and a lot of Palestinian people have really appreciated seeing me represent our people, and hopefully the goal’s bigger than that, to bring awareness to a struggling people that need help and need people to support them and back them.

“I didn’t want to deal with that when I was younger, but now that I’m older, this is my role and I’ve got to step up and represent the Arab people in a good light,” the 26-year-old continues. “We are educated, we have goals and aspirations, and we’re just people like everybody else.”

And now he’s got a platform, a scary prospect for some, but a perk of the job for others. For Nijem, it’s a perk he’s eagerly accepting, making his fight this Friday in Abu Dhabi even more special than most.

“It’s definitely a big fight for me,” said Nijem, who has visited Palestine and Jordan in the past, but never the UAE. “It’s a really unique experience. I get to go fight in the Middle East, and being of Palestinian descent, it’s a once in a lifetime opportunity.”

Facing unbeaten Beneil Dariush, Nijem is in a spot that he hasn’t been in that often in his UFC career – that of the seasoned veteran facing the young gun with upset on his mind.

“It’s crazy, I really am now,” he said, chuckling at his veteran status. “Now I’m a UFC veteran. I feel like I’m part of the organization and I’m like the next generation coming up.”

Nijem earned that tag not just with seven Octagon fights, but with performances like his last one against Justin Edwards. Looking to bounce back from two straight losses, Nijem switched camps from The Pit Elevated in Utah to Tareq Azim’s Empower Gym in San Francisco, and while he got a win against Edwards in January, he also got a fight, and he may have needed that even more than the W.

“I really think so,” he agreed. “I was able to show a lot of different skills and really got to go out and put on a whole three rounds. If I would have gone out and just got a one punch KO, that doesn’t really show a lot. So it was good the way things played out. And Justin’s tough as hell. No matter how hard I hit him, he just kept coming back and swinging.

“I’ve had those fights before, like with (Joe) Proctor,” Nijem continues. “We went back and forth and that was a really, really hard fight, but for the fight with Justin, I felt like I stayed composed better than I’ve ever stayed composed, I was able to showcase my skills, and it was back and forth, but I never felt like I got hurt at all. I was always one hundred percent in my head, and conscious and aware. Sometime I lose myself and just let the fighter inside me come out, and that’s when I get in trouble, but this fight, I felt like I stayed composed no matter what happened or what he threw at me.”

The win was a good omen that his amicable split with his old team was a beneficial one. Now he’s close to family in the Bay Area, and he’s still getting top-level training with Azim and the standouts at Empower and from Gilbert Melendez’ El Nino Training Center. And while first camps can be rough, Nijem is finding out that second ones can be even rougher, or at least tougher.

“It’s harder,” he laughs. “There are more expectations maybe, but Tariq really decided to turn it up on me this camp.”

Azim probably knows that jiu-jitsu ace Dariush is no joke, and that he doesn’t know how to lose yet, a dangerous combination to be sure, but one Nijem is confident that he can crack.

“He’s a grappler, a jiu-jitsu kid who’s got some striking, and he’s just another opponent,” said Nijem. “He’ll be good on the ground, and he’s a southpaw, so I got ready for that, but I’ve never been a person that believed in the hype of whoever I’m fighting. I’ve always left it up to my coaching staff and had them get a plan ready. Dariush is a great, high-level grappler, but I don’t think he’s ever had to deal with an athlete at the next level. He got one quick finish against Charlie Brenneman, and nothing against him, but he (Brenneman) ran into a punch and the fight was over. So he’s never been tested. You watch all his old footage before the UFC and he’s never fought a tough opponent that should be able to beat him. I don’t feel like he’s a complete mixed martial artist yet. I think I’m going to expose him with a different level of intensity, speed, explosion, and I feel like I’m a next level athlete and a mixed martial artist. I can fight standing, I can wrestle, I can fight on the ground, and I can mix everything together really well. And I don’t think he can.”

That’s a veteran talking, one who’s a role model, a proud Palestinian-American, and someone who’s come a long way from his “Stripper Ramsey” days on TUF.