Quinton "Rampage" Jackson is back in the UFC 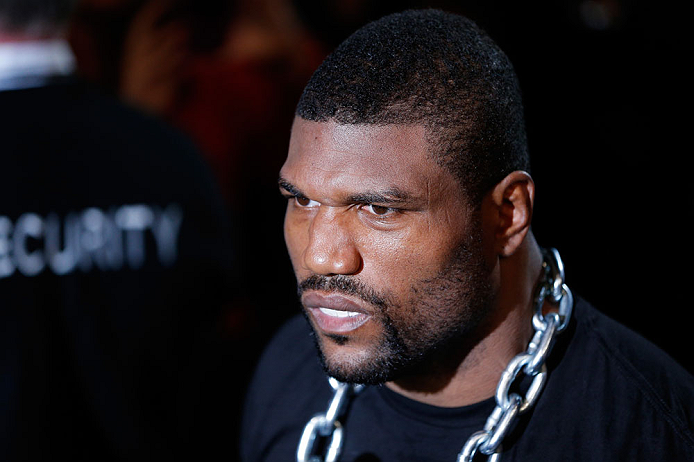 Former UFC light heavyweight champion Quinton “Rampage” Jackson is returning to the Octagon in 2015 after a nearly two-year absence.

News of the Memphis, Tennessee native’s re-signing with the UFC was announced Saturday, after Jackson terminated his contract with his previous promoter and met with UFC officials to finalize a new deal.

“It hasn’t really hit me, but it sounds like most people are happy for me to come back,” Jackson told UFC.com. “I feel like I can put on some exciting fights. I don’t feel like there are a whole lot of people out there putting it on the line the way I do.”

Jackson expects to be back in action in the first half of 2015. Since his last bout against Glover Teixeira in January of 2013, the popular 36-year-old has gone 3-0 with two knockouts, defeating Joey Beltran, Christian M’Pumbu and Muhammed Lawal. And while away, he got his love for fighting back.

A former PRIDE standout known for his knockout power and thudding slams, Jackson debuted in the UFC in 2007 with a second round knockout of Marvin Eastman. In his next bout in May of that year, Jackson stunned the world with the first round finish of Chuck Liddell that earned him the UFC light heavyweight championship.

Jackson made one successful defense of his crown, defeating Dan Henderson at UFC 75 to become the first and only fighter in history to unify the UFC and PRIDE titles. At UFC 86 in July of 2008, Jackson – who also coached two seasons of The Ultimate Fighter – lost the title in a Fight of the Year war with Forrest Griffin.

The popularity of “Rampage” never waned among fans though, as he fought eight more times in the Octagon against the likes of Jon Jones, Rashad Evans, Lyoto Machida, Wanderlei Silva, and Keith Jardine. And though he left after his contract expired in 2013, he has returned and is ready to take on the UFC’s best once more.

So who’s next? Return bouts with some of his old rivals are obvious ones, and Jackson is amenable to that idea, as long as they’re against those he would like to even the score with.

“I just want to put on good, exciting fights,” he said. “I don’t really care about fighting people like Dan Henderson because I already beat him. I know it was a close fight, but I know I beat him and that was a historic night for me. That was the night I unified the belts and it was one of my favorite moments in my fighting career. But guys like Shogun (Rua), I really want to fight him. I love Shogun as a person, he’s a great guy, and a great warrior, but I want fights like that against Shogun, and Rashad and Glover and Jon Jones. The guys I really want to face again are the people that beat me.”

That’s the mark of a fighter, and this one is back home in the Octagon.