Watch The Late Late Show with Craig Ferguson at 12:35am ET/PT on CBS. 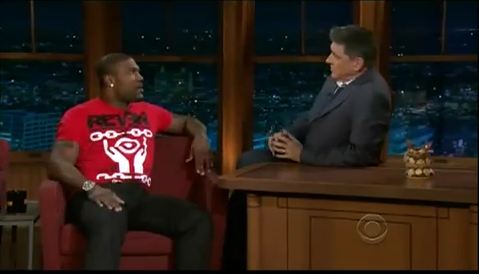 Watch Rampage Jackson in his second appearance on CBS’ The Late Late Show on Monday, May 23. Host Craig Ferguson usually wheels out the light-hearted banter, but Quinton is in fight week mode which may give Ferguson a side of the former champ he’s yet to see... especially if the name Matt Hamill comes up.

Tune in Monday at half past midnight to see how it all goes down.