You’ll have to forgive Ramiz Brahimaj if he’s a little skeptical that his fight with Max Griffin this weekend is actually going to happen right up until the time the NorCal-based veteran is standing across from him inside the Octagon and the referee assigned to supervise the welterweights on Fight Night instructs them to fight.

“Until I see the ref and I see my opponent standing in the cage across from me, I’m still going to be in a little bit of disbelief that this is actually going to happen,” laughed the newcomer, who carries an 8-2 record with eight submission finishes into his promotional debut on Saturday night in Las Vegas.

He can joke about it now, but by the time fight night rolls around, Brahimaj will have navigated more than 500 days filled with excitement, heartache, uncertainty, disappointment, and ultimately resolve on the way to finally stepping into the cage to compete inside the UFC Apex.

Originally slated to face Miguel Baeza in a highly anticipated clash between welterweight prospects in the main event of Week 2 on Season 3 of the Contender Series, Brahimaj was completing his medicals when the UFC medical staff called and informed him that he needed to see a neurologist.

“I found out about a week and a half before I would have been main eventing the Contender Series that I had a tumor in my eye and had it ruptured, I would have went completely blind in my left eye,” said Brahimaj, who ultimately had surgery to remove the half-dollar-sized tumor.

The Fortis MMA product eventually received medical clearance to return to training and signed a deal to compete in the UFC, putting pen to paper on a contract to face Takashi Sato on the preliminary portion of the June 27 fight card at the Apex in Las Vegas.

Less than 24 hours before he was set to step on the scales to make weight for his UFC debut, Brahimaj was informed that he was being pulled from his bout with Sato after one of his corners tested positive for COVID-19.

“When the Takashi Sato fight fell through, I was heartbroken because I knew that was a barnburner of a fight,” said Brahimaj, proof of his Bronx upbringing present in his cadence and tone as he speaks. “The guy brings it, I bring it, and that was going to be a real fan-friendly fight.

“I was so bummed out when that happened and then I had to make the drive all the way from Las Vegas back to Dallas and I was just like, ‘Good lord — what’s going on? Why is this happening? I just want to fight and get on with my life.’

“I’m a human and I would be lying to you if I said I didn’t feel nothing; that I was just raw and ready to go,” continued the 27-year-old. “I’m a human being and I have feelings and emotions. I like to call it a cocktail of emotions because it wasn’t just one emotion that I felt; I felt everything.

“Some days it was really hard for me to get out of bed and find that motivation. Some days would be really, really hard just to muster up the strength, not knowing what was going to happen.” 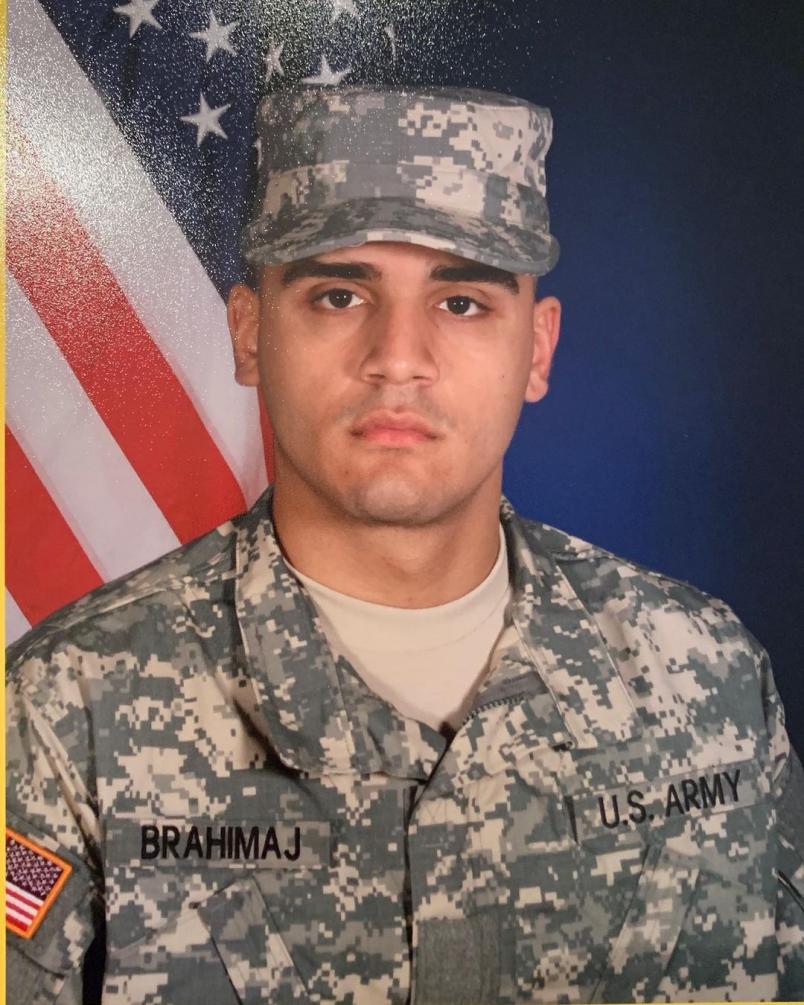 From his Instagram page @RamizB170 "Special day for me as I completed my 8 year obligation to the United States Army. It was an amazing ride and one hell of an experience that I am forever grateful for."

But the first generation American-Albanian drew motivation from his two families — the parents and family members who raised him to be persevere through hard times, no matter the obstacles, and the collection of coaches and teammates at Fortis MMA in Dallas who have been through comparable experiences and lived to tell about it.

Brahimaj’s family is from Kosovo, a war-torn region at the center of the violent, bloody conflict in the former Yugoslavia. He was born and raised in the projects in the Bronx — “I still remember the rats and the roaches we would see throughout our apartment,” he recalled fondly — and remembers long stretches where 14 or 15 members of his family all resided together in a one-bedroom apartment.

“I still remember my aunts used to sleep in the bathtub at night because there weren’t enough places to sleep in the apartment,” said Brahimaj, whose headstrong father was determined to do whatever it took to ensure that his family would not remain living below the poverty line for the rest of their lives.

“These trials that my family had to go through, not only did it make my family’s bond stronger, but it showed me that no matter what happens in life, it’s how you react to it, what kind of head you have on your shoulders and the mindset you approach it with.

“I’m sure that my father could have felt bad for himself and we would probably still be in the Bronx,” he continued, “but we were proactive people and we understood that no matter what, you just have to go forward.

Years later, facing professional hiccups and heartache, it was the cast of teammates and coaches at Fortis MMA that showed him that same type of resolve is what he needed to deploy in order to successfully navigate the low times and rise above them to make his UFC dreams come true. 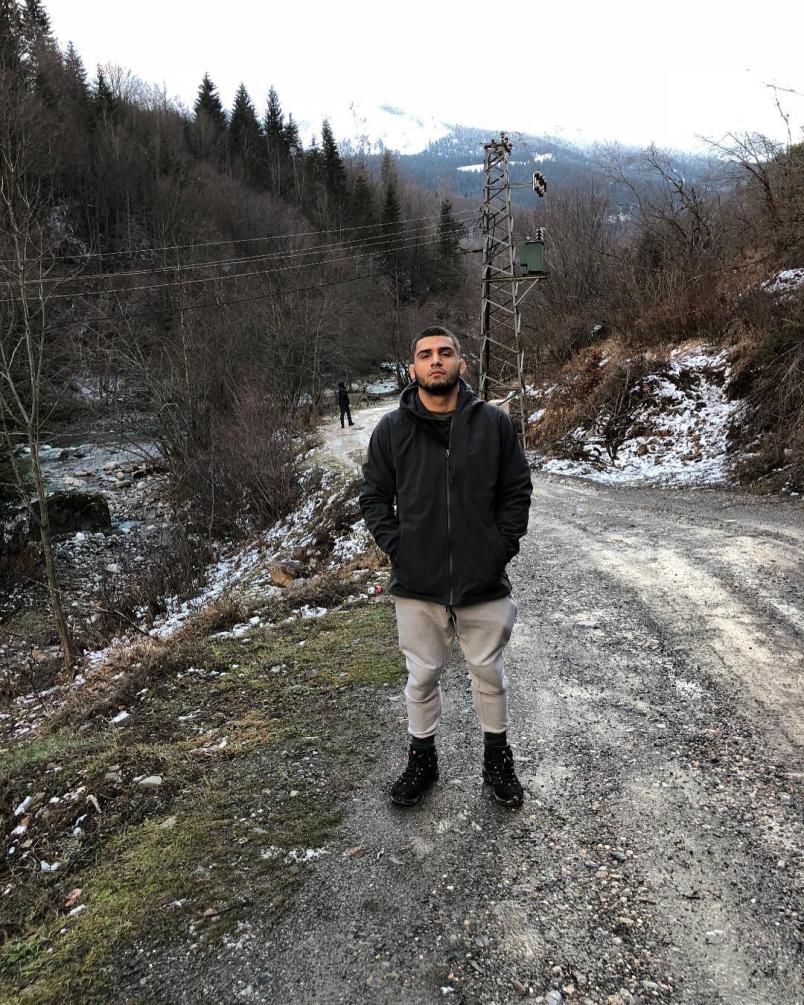 “It’s been such a huge help to have people like Coach Sayif (Saud) there, and Uriah (Hall), and all the teammates I have at Fortis that have been through this stuff,” said Brahimaj. “Being in this sport and talking amongst my peers who have been through several hardships — maybe not the same as me, and me not the same as them, but we all have hardship in common, so talking and helping each other through really goes a very, very long way.

“At the end of the day, you realize you’re not alone with what you’re going through, and everybody has faced uphill battles in one shape or another.”

As he reflected on everything he’s been through — the Contender Series heartbreak, the anxiety surrounding his surgery, the recovery process, his debut being cancelled through no fault of his own — Brahimaj had to catch himself a number of times, the totality of it all still sitting very heavy, making him emotional.

The uncertainty of everything in his professional life combined with the COVID-19 pandemic left him searching for ways to occupy his time as gym closures meant he couldn’t train and couldn’t teach lessons or work with clients. Rather than sit at home and allow his anxiety and disappointment overcome him, Brahimaj picked up a part-time job at Costco just so that he had a reason to get out of the house.

He also focused on his craft, entering a handful of grappling tournaments, including claiming victory in the blue belt heavyweight division at the 2019 IBJJF No-Gi World Championships.

Now, back in Las Vegas, winding down his third set of preparations to compete inside the UFC Apex, the talented welterweight newcomer is slowly beginning to allow himself to get excited about competing once again.

“I can’t wait to smell my gloves on fight week. I can’t wait to grab my fight kit and see everything; that’s going to be like an early birthday present for me,” said Brahimaj, whose 28th birthday lands 10 days after his fight with Griffin. “I just really want to be in the moment. 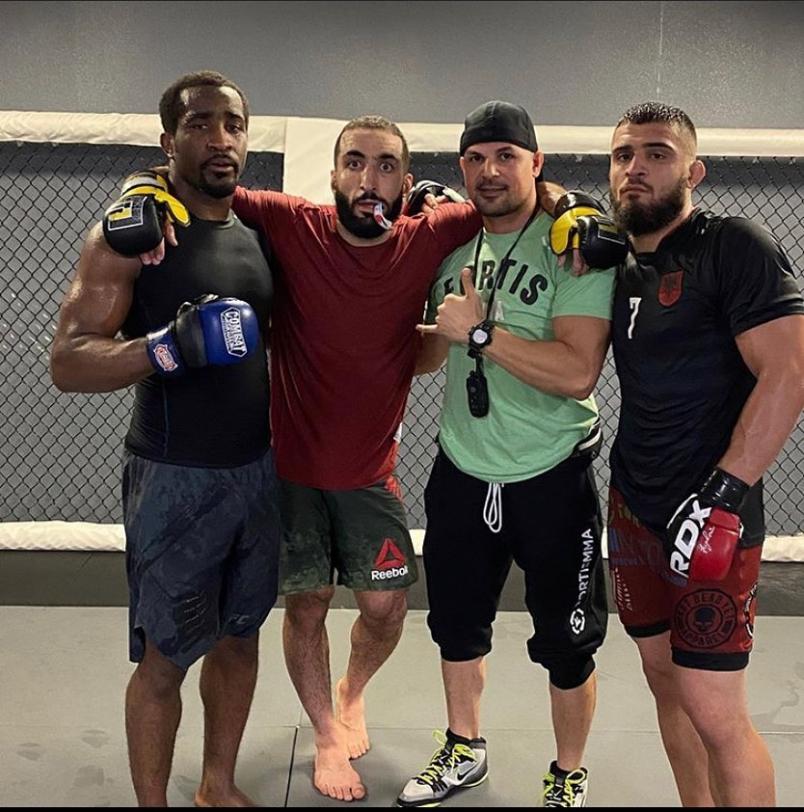 “I’ve been living in the moment this whole training camp, taking it session-by-session, day-by-day. That’s one thing this year has taught me is that you can’t think too far into the future because you really don’t know what’s going to happen, but I have full faith that November 7, my opponent, whoever it might be, is going to get the best version of Ramiz Brahimaj that there is.”

And what if he were to earn a victory on Saturday night, 501 days after he was supposed to climb into the same cage and face Miguel Baeza in the final bout of Week 2 on Season 3 of the Contender Series?

“Remember how we talked about that cocktail of emotions earlier?” he asked with a chuckle. “I think that’s going to be overflowing with emotions. I’m going to try my best not to get emotional after the fight, but I can’t make no promises.

“I’m going to try to be strong for my family and everybody and not cry, but I can’t make no promises.”