Ramazan Emeev Is Sensing The Hype

The Russian Welterweight Believes A Dominant Victory Against Fan-Favorite Jack Della Maddalena Will Shift The Hype In His Favor
By Kevin Schuster, @KevinESchuster on Twitter • Jun. 9, 2022

Adjusting to a new location during fight week isn’t easy for any fighter.

Calibrating the time change and finding places to eat healthy meals before Friday’s weigh-ins are the last things athletes want on their mind before a fight. Ramazan Emeev has found the light in his adjustment to Singapore, however, and is feeding off the energy of a new and unfamiliar experience.

“This is a new part of the world for me, a new place, a new city, new people,” Emeev said. “I’m very excited, I feel great, I’m ready to fight. This new place, new people, all of this gives me motivation, gives me lots of new energy and this energy is propelling me forward and I can’t wait to use it.”

“I like walking around and going out. I’ve been around the city already, I’ve been to the [Marina Bay], a couple of mosques.”

Seven fights and five years into his UFC career, “Gorets” still finds himself outside of UFC’s Top 15 welterweights. Even though he has compiled five Octagon wins, a lack of finishes kept him from getting the hype that his UFC 275 foe Jack Della Maddalena received after only one UFC win and knockout against Pete Rodriguez at UFC 270.

But Emeev enters Singapore a polished, experienced fighter whose time spent in the Octagon can give him the edge against an opponent with only three minutes of UFC fight time.

“I have lots of experience in lots of different types of fights,” Emeev said. “I have a lot of training, a lot of preparation. I came here to win…I don’t care how many knockouts he has, what kind of hype he has; the point is, I’m ready for victory.” 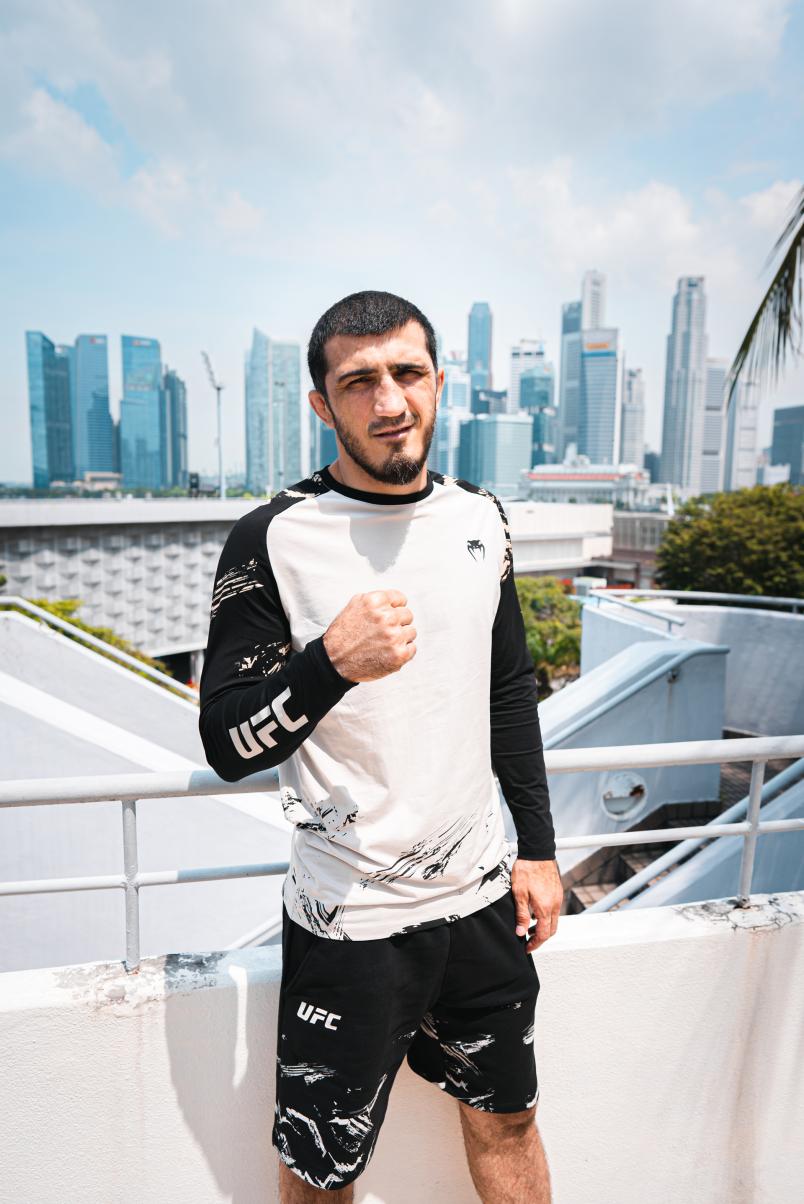 Before his move to welterweight in May 2018, Emeev was staking his claim as one of the best middleweights fighting outside of UFC. The former two-time M-1 champion had four successful title defenses, two by KO and one by submission. Fighting in his 26th MMA bout and making his eighth appearance in the Octagon, the 35-year-old is a seasoned veteran. And if light heavyweight champion Glover Teixeira has taught UFC fighters anything, it’s that it’s never too late to rise in the ranks and get to the title.

Della Maddalena’s UFC experience pales in comparison, but his aforementioned hype from nine consecutive finishes exceeds that of UFC’s other young talent. Feeling as though his opponent is overappreciated, Emeev believes a dominant win can deter Della Maddalena’s hype train.

“It’s not that I want to take his hype away; it’s just that he’s had enough,” Emeev said. “There’s lots of hype around him and you know what, I think it’s enough. I just think that he’s a young guy, there’s a lot of hype around him, and sometimes that brings people way too high up, so I’ve got to humble him a little bit, make sure he knows that too much hype is never a good thing,” Emeev said. 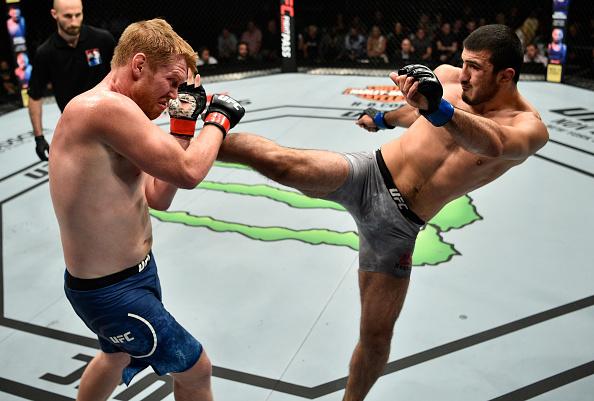 Ramazan Emeev of Russia kicks Sam Alvey in their middleweight bout during the UFC Fight Night event inside Ergo Arena on October 21, 2017 in Gdansk, Poland. (Photo by Jeff Bottari/Zuffa LLC)

UFC 275’s main card hosts some of the promotion’s most entertaining talent, including two title fights and a rematch for the ages. The event’s magnitude is an opportunity for Emeev to boost his following as he continues his UFC career, and with his eyes set on the Top 15 and the UFC welterweight title, a dominant win can kickstart his journey to the top.

“Hype is great in this time that we’re living in now because hype decides how many people are going to talk about you, hype decides what the size of your purse is, hype decides who’s going to be your next opponent, so to be on a card with such hype behind it is great for everyone, especially for me,” Emeev said.

Before entering the UFC, Emeev was 15-3, boasting a 73% finishing rate, but the last time he was able to get his opponent out of the fight early was back in April 2016.

After defeating David Zawada at UFC on ABC: Holloway vs Kattar in January of 2021, Emeev discussed his concerns about his recent performances during the post-fight press conference, highlighting his lack of finishes since entering UFC.

Vowing to be more entertaining in future fights, Emeev returned to the Octagon nine months later, facing Danny Roberts. Despite a hard-fought contest, Emeev lost by split decision, lighting a fire under the Russian welterweight, who gave it his all in his preparation for Della Maddalena in order to put on an impressive performance.

Entering the Octagon on Saturday, there’s one thing on Emeev’s mind: to win. If an opportunity to close the show early presents itself, however, Emeev wants to make the most of that chance and get back to his finishing ways.

“As a fighter, you should always prepare and be ready to go all the rounds, but if there’s an opportunity to steal an early finish, that’s what I want to do and that’s what I’m going to try to do this time,” Emeev said.