"I fight because I want to. I chose to be a fighter. I was born to do this, and I feel great doing it." - Rafael "Feijao" Cavalcante 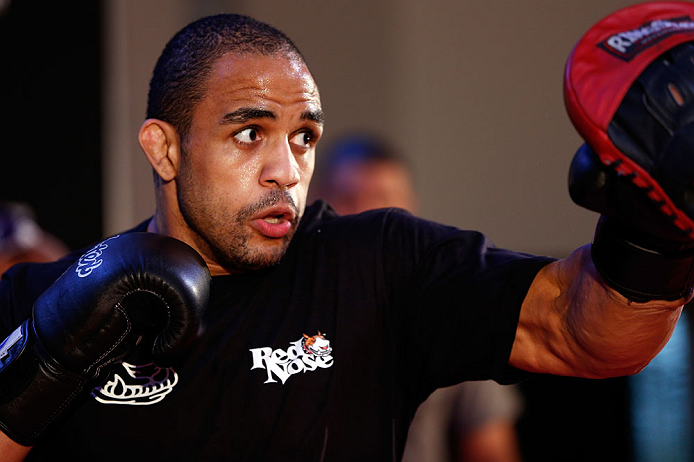 There are two camps when it comes to discussing who is more dangerous in a prizefight, the competitor who has to fight, or the one who wants to.

On one hand, coming up from the gutter and fighting to escape poverty or a similarly bad situation has often been the fuel for greatness for countless combat sports participants. But what about someone like Rafael “Feijao” Cavalcante? He doesn’t hide the fact that his formative years were a lot better than most when it came to comfort and material things.

“I do not fight because of money,” said the light heavyweight contender. “I’ve always had money, my family always had money. We were well-off and I had everything that I wanted. I had a car, brand new bikes. I fight because I want to. I chose to be a fighter. I was born to do this, and I feel great doing it.”

So when his fateful meeting with mixed martial arts icon “Minotauro” Nogueira set him on his way to the sport where he makes his living today, he wasn’t a desperate young man looking for a break; he was a veterinary student in college. Well, not for long after training with Nogueira.

“He invited me over to his house to train, and after we did I was impressed,” said the former UFC and PRIDE heavyweight champion. “So I told him, let’s fight MMA. I guaranteed him he’d be a world champion.”

“I’ve trained jiu-jitsu since I was 10 years old,” added Cavalcante. “When I was 14, I was already a three-time state champ. In my last year in college, I met Minotauro and we trained together. I loved MMA, but I had never been given a chance to fight. I switched from studying to be a veterinarian to MMA.”

Eight years after his pro debut, he sits among the best 205-pound fighters in the world, a former Strikeforce champion who gets a prime main card slot this Saturday night in a UFC 174 bout against Ryan Bader. It’s been a wild ride for the 34-year-old, who fights with a frightening knack for finishing his opponents. All 12 of his wins are by knockout, and even his losses haven’t reached the judges’ scorecards. It’s a feast or famine mentality that thrills fans, probably makes his coaches lose their hair, but ultimately represents who Cavalcante is. He’s a man who fights as if he doesn’t have a nickel in his pocket, but who will become a millionaire if he can just win that one match.

Now if that’s not dangerous, what is? More importantly, after losing his Octagon debut to Thiago Silva via knockout in June of 2013, he changed everything around in his training to make sure he was giving himself the best chance to win.

“Since my first fight in the UFC, I changed everything,” he said. “It’s been easier for me to cut weight and my cardio is better as well. Back in the day, it would take three or four weeks to cut weight. Now, it only takes one week.”

Cavalcante also has his sister living with him to help with his diet, and once the last month before the fight begins, he closes ranks and brings in the key member of his team.

“The worst thing about my career is to be apart from my family, so my mother always arrives 30 days before I fight,” he said. “I really believe in the power of positive energy and my mom brings a very positive vibe.”

With his life in and out of the Octagon in order, he can now focus on Bader, a fighter, like Feijao, who has always been on the verge of big things. On Saturday, one of them will take that step forward while the other must regroup again. Guess which one Feijao expects to be?

“I’m very happy with this chance that they’re awarding me,” he said. “Bader is a tough fighter and he’s a well-rounded athlete. I really wanted to fight him. After him, I’ll be among the best, the top ten elite. There’s only one way to avoid my victory – he’ll have to knock me out.”

That’s a hungry fighter, one whose environment contradicts what he does when he straps four-ounce gloves on his hands. How do you explain it? You can’t. It’s just who he is.