In the days leading up to his lightweight bout against Rafael Fiziev, the path to the 155-pound belt looked quite clear for Rafael Dos Anjos.

Riding a two-fight win streak, defeating Renato Moicano and Paul Felder, the at the time No. 7 ranked lightweight thought he was only a few wins away from challenging for the belt he once held.

Four rounds into his back-and-forth battle with Fiziev at the UFC APEX, those goals still seemed achievable. But shortly into the fifth round of UFC Vegas 58’s main event, disaster struck the former champion. 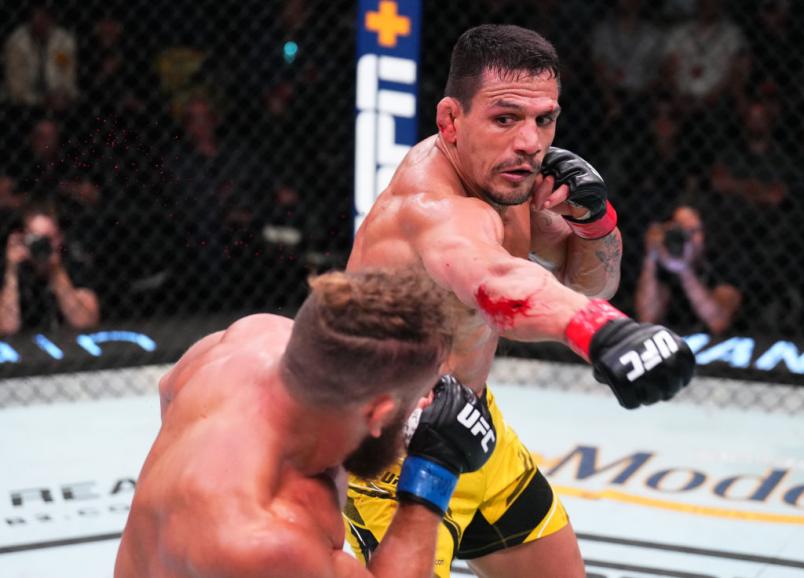 A vicious left hook from the rising star sent Dos Anjos to the mat, and it was only seconds later that the referee stepped in to stop the fight.

“Going into the fifth, [I thought] I had this fight,” Dos Anjos said. “Everything happened so fast. Even with the experience I have, I’m still learning from the game. Sometimes you do everything right and things go wrong, sometimes you don’t train well, and things go right.

“The main takeaway was don’t blink. Anything can happen, the fight game will always surprise you.”

The loss derailed Dos Anjos’ plans quite dramatically. Once aspiring to challenge UFC lightweight champion Islam Makhachev, Dos Anjos is re-weighing his options as he approaches his 46th professional fight. 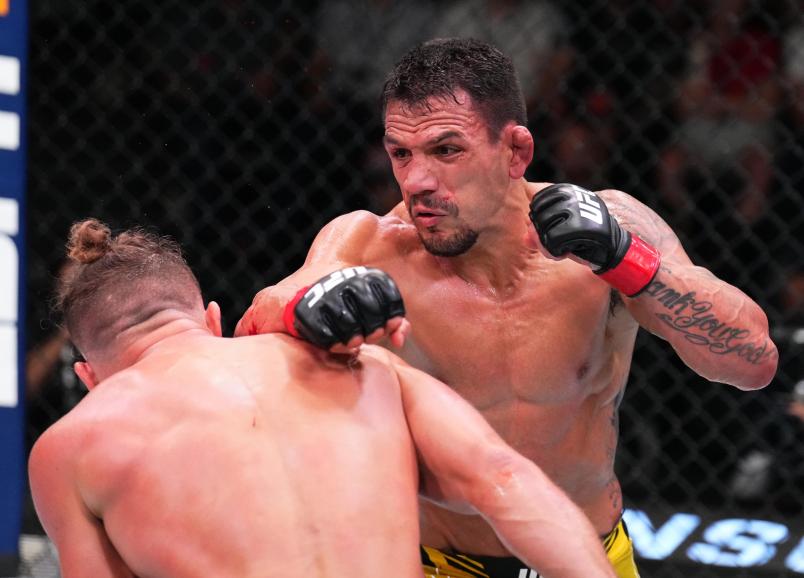 In 2017, Dos Anjos made the move to 170 pounds, where he amassed three consecutive victories en route to an interim welterweight title shot before suffering back-to-back defeats to Colby Covington and Kamaru Usman.

On Saturday at UFC Fight Night: Thompson vs Holland in Orlando, Dos Anjos returns to the welterweight division, searching for new challenges at a more comfortable weight.

READ: See Which Fighters Are On The Rise Heading Into UFC Orlando

“Being honest, I don’t have plans to fight for the title at lightweight anymore,” Dos Anjos said. “But still, I got a lot [left in me]. I still like to compete, I like training. I could go back to lightweight for some specific fights, but I’d have to see. As of now, I’m a welterweight.”

“Fighting at welterweight, for me, is a more comfortable camp overall,” Dos Anjos said. “I don’t have to worry and stress too much about weight, and I can just focus 100 percent on the fight. Of course, I still need to cut a little weight, but nothing compared to lightweight, so it makes it easier for me.”

Although he may not have the same drive to become a champion as he did in 2015 when he defeated Anthony Pettis at UFC 185 to become the lightweight champion, he still has a strong desire to continue training and competing at an elite level.

How does someone with 18 years of professional mixed martial arts experience still have that desire? For Dos Anjos, it took a change of scenery last year to rekindle the fire inside of him. 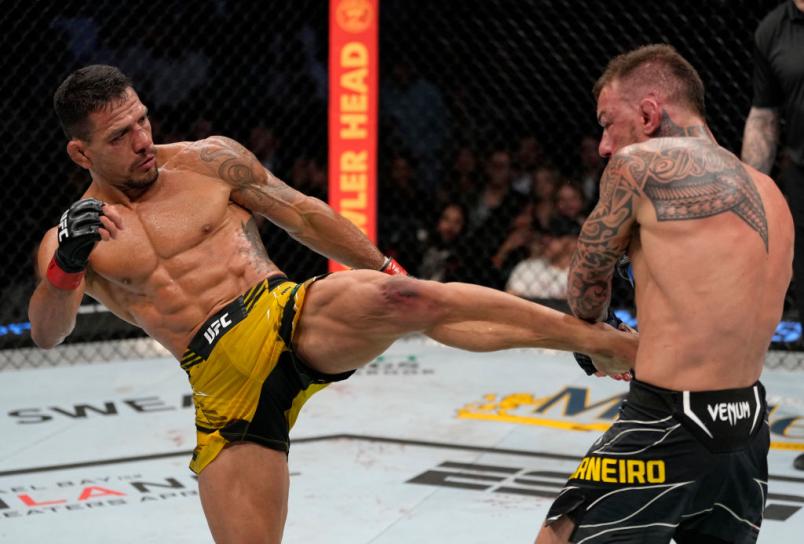 “I spent 10 years living in California and all of the sudden I went to Brazil to do a fight camp and I loved it,” Dos Anjos said. “I went back to California after the Paul Felder fight, spoke to my wife and my kids and [said], ‘OK, let’s move to Brazil,’ and I’ve been there for one year already.

“Changing the environment, people around me, the country, to get me more motivated to get up and training hard. It’s been a good experience. Me and my family are happy, and changing my environment was so important for me to keep pushing hard in training.

“I’m the type of guy that even the hours that I train I like to change. Muay Thai three times a week, Monday, Wednesday and Friday, then the next week it’s Tuesday and Thursday. I don’t like to get in a routine and changing my life completely after spending 10 years in California, going back to Brazil, staying close with my mother, relatives, it was a good idea.”

He brings his passion for competition to central Florida this weekend, where he challenges a surging Bryan Barberena at the Amway Center. “Bam Bam” has won three straight inside the Octagon, most recently defeating Robbie Lawler via second-round TKO at UFC 276 and wants to make a statement that he deserves a spot amongst the welterweight Top 15.

Dos Anjos wants to do the same.

“He’s very similar to Robbie Lawler,” Dos Anjos said. “We both fought Robbie, and he’s a southpaw, coming forward throwing bombs and he’s a tough opponent. He’s a brawler, he comes to fight, I do too. He’s got a good gas tank and I do too, so I think we have everything to steal the show.

“I plan on going there, be me and bring my A game and all the hard work that I put in training. Mix it up; I think that’s going to be key. Bring all my game: kicks, elbows, knees, ground game, takedowns. I think that’s gonna bring him into deep waters.”