Proud Soldier of 'The Hawaiian Wave' Puts The Past Behind Her In Brooklyn
By Steve Latrell • Jan. 17, 2019

While Rachael Ostovich would obviously rather be making headlines for her skills inside the Octagon, the Hawaiin flyweight has absolutely made the most of the avalanche of attention her recent tumult has attracted.

A survivor of a very public domestic violence incident in late 2018, Ostovich refused to be removed from her scheduled Fight Night Brooklyn bout against Paige VanZant, preferring instead to use her platform to be an inspiration to other survivors of the scourge.

The Ultimate Fighter alumnus has been saluted and supported by many for her determination, not the least of which is her opponent. “Yes we are going to war with each other in the cage, but I stand by her side with her ongoing battle at home. Let’s put on a fight and show these people how strong we are,” VanZant wrote on Twitter.

Indeed, strong seemed a very apt description of Ostovich when we caught up with her in New York, exuding a headstrong blend of poise, calm and humor ahead of her ESPN+ debut.

UFC: It’s good to see you back on social media. Where did you go?

RO: Well, I disappeared because I just felt like I just needed to take a break. Sometimes social media can be very consuming and I've been. So my New Year's goal was to be more present. Sometimes we are on our phones a little longer than we should be, and I felt like Twitter was a little bit of a distraction and kind of un-needed…but turns out I need it! For fighting, especially. And it's a good tool to have, I just had to get to a place where I was ready for it.

UFC: You obviously had some very public challenges this year, yet here you are, radiating positivity. Where does that strength come from? How did you get to that place?

RO: Well I have a great support system. My family is amazing. I actually had to humble myself and move back in with my parents. And you know, that kind of sucks [after] living on your own having your own space. But sometimes we need to do things that we don't want to do, but we know we need to do, and I believe that's one of them. So my parents, my family, I wouldn't be here without them. I have to thank God. Honestly, I know it's overused. Whatever. But that is my only explanation for being where I'm at today and being able to walk through…this crazy situation and still come up positive at the end. 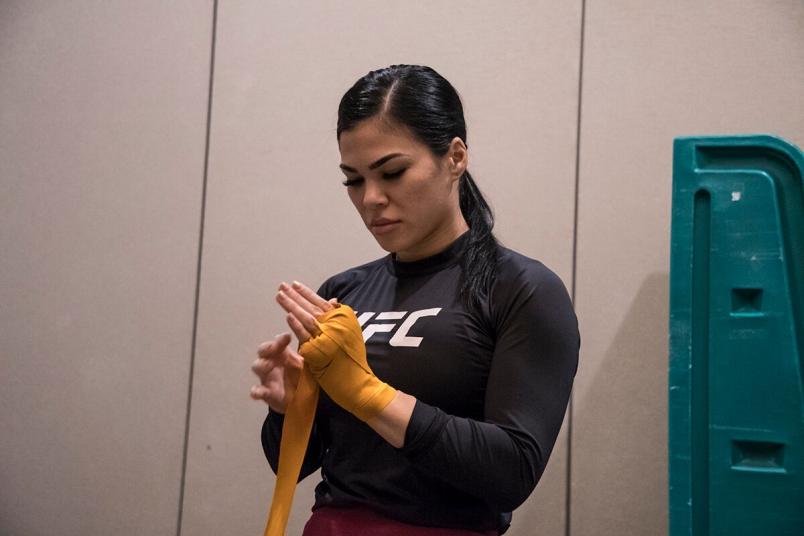 UFC: What was it like to hear public support from your opponent?

RO: It’s great to have Paige’s support. She’s been very supportive via social media, so that’s great. I haven’t really spoken to her directly, and I’m looking forward to seeing her at the faceoff.

UFC: Speaking of support, you were on one of the most tightly-knit seasons of The Ultimate Fighter (Season 26, A New World Champion). Do you still talk to your castmates?

RO: Yeah! We actually have like our own group chat, still to this day. Like, we're pretty close! But we do have to fight each other, so we understand that, you know, it's business. And that's how it was in the house. We all went into the house knowing that, OK, we're gonna fight each other but are gonna make it a catty season? Nah. So it was really nice to have a positive environment to stay in for those seven weeks. That's all we had was each other.

I believe that it was nice to be in an environment where we all could relate to each other and reflect on, you know, “hey, like I'm not the only one who goes through these type of things.” It was just really one of the best experiences of my life and sometimes I wish I was still in the house, to be honest.

UFC: Your daughter is almost as big a star on your social channels as you are. Does she watch your fights?

RO: Oh yes, all the time. She’ll be there this Saturday, and she's just the greatest. She comes with me to all my practices and my trainings. She is a gym rat, basically, just like how I was growing up. So she is fully prepared!

She’s telling me “Mom! Mom, you're gonna win, yeah? You’re gonna choke her out?” And I’m like “Yeah, Girl! Hype me up! Hype me up!” She’s just the best little thing, and it's so cute. My family after my last fight were sending me little videos I was watching after the fight, and she was just yelling from the crowd like she's in it. She knows what's going on. 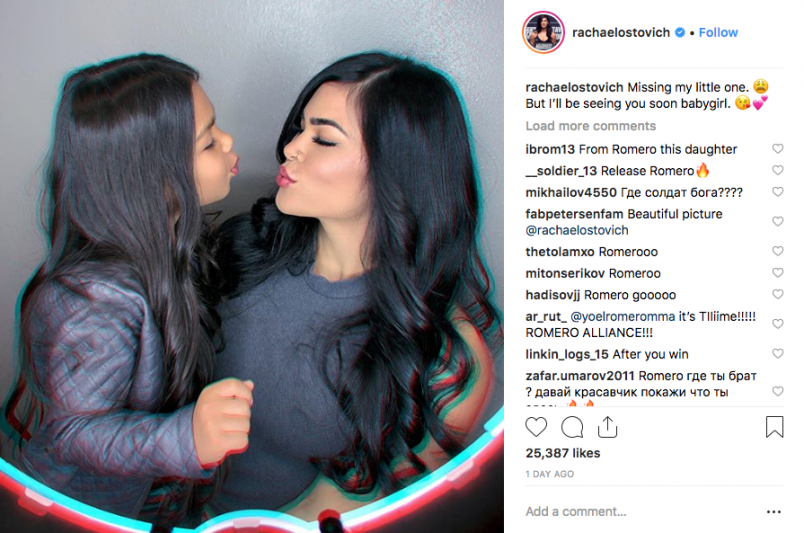 UFC: We know you’re focused on your fight this Saturday, but we also know about your impeccable fashion sense. Will you leave yourself time to shop while you’re here in New York?

RO: Yeah, in the sale rack [laughs]! But yeah! I heard Soho is really cool and I can't wait to go sightseeing and especially shopping. I mean, New York Fashion Week?! Ok, I’m a little late, but fashion is really important to me. I just love showing up and I feel like it's a part of me and that's how I can express myself before even saying anything when I walk into a room. I believe first impressions are a big thing.  And I love dressing up. I love…I love all of it!

UFC: You’re sharing the card with Yancy Medeiros. Max Holloway recently defended his title. Does it make you proud to be part of this swell of Hawaiian martial artists?

RO: Definitely! Being part of “The Hawaiian Wave!” You know, we’re all from the same part of the island: Waianae. It’s a good thing because it just shows that we're on a little island but don't forget about us. We've got some stuff going on, too! Statements are being made.

UFC: Speaking of making statements, you’re fighting on the ESPN debut of the UFC. What is it like to turn on SportsCenter now and see yourself or your fellow fighters?

RO: Being on the first ESPN card is definitely historic. I am so grateful and thrilled to be on this card. It's something that I'll always remember and it's gonna be a great story to tell and when I'm old and wrinkly (laughs). But seeing myself or friends that I know on ESPN, like, wow…this is super cool! But at the same time, I try not to let it get to me or stress myself out more than I need to. I just want to focus on my fight and treat it like any other fight

UFC: Speaking of your fight, how do you envision this one playing out?

RO: You know, I believe that every single fight I've had that I've never I've never been able to show my full potential. And this fight I feel like this is a perfect fight for me. I'm happy that I have this opportunity. I know Paige is a big name and everyone knows who Paige is, and I hope that when I win this fight everyone will know that I'm here to stay.